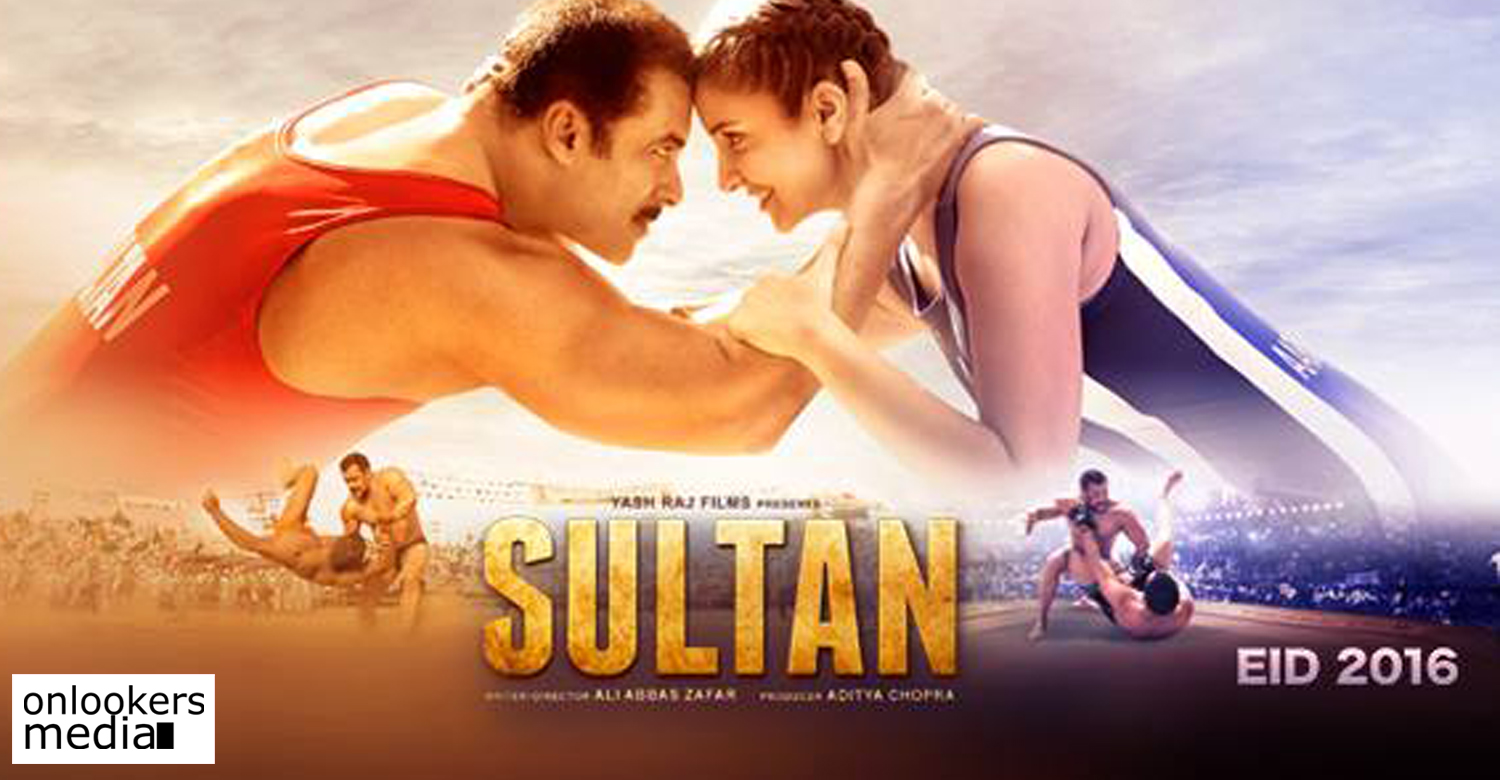 Salman Khan’s latest release Sultan released to positive reviews all over the world. Sultan has also got the box office opening trade as expected. Sultan collected 36.54 crores from the first day itself. Simce Sultan was released on Wednesday, a day before Eid, the 2nd day collections are expected to be anything between 38-40 crores. According to trades the film is expected to reach 100 crores comfortably in 3 days. Sultan waa released in 4500 screens all across the globe.

Eid was always reserved for Salaman Khan releases and was no different this year. His movies cash in on this festive season and box office records are more often rewritten. In 2015 Salman’s Eid release was the Bhajrangi Bhaijaan which went on to become the biggest blockbusters in Indian cinema history. In 2014 his Eid release was Kick another 100 crore movie.

Sultan directed by Ali Abbas Zafar is an Indian sports drama produced by Aditya Chopra under Yash Raj films banner, the film has Salman playing Sultan Ali Khan, a wrestler who has problems in his professional and personal life. From a small town wrestler in Haryana, Sultan achieves global fame winning bouts at the 2010 Commonwealth Games in Delhi, the 2011 FILA Wrestling World Championships in Istanbul and the 2012 London Olympics. Anushka Sharma is the lead lady playing an equally important role of Arafa, a woman wrestler. She is playing the love interest of Sultan Ali Khan.

Sultan is not a typical Salman Khan mass masala movie. It is a sports drama with a tight script and excellent performances from the lead cast. In terms of biggest first-day openings, Shah Rukh Khan’s Chennai Express with Rs 44.9 crore is the biggest. It is followed by Salman’s Prem Ratan Dhan Paayo with Rs 40 crore. Trade is said that Sultan has made Rs 36.54 crore on day one and the number only went up on day 2. Records are expected to tumble in the coming days.

Trade is counting on Sultan to earn over Rs 150 crore in the first weekend. A five-day weekend, the second day of its release being the Eid holiday, a bumper opening and solid word of mouth are big factors that are favouring Sultan to hit the 150 core mark in the first weekend itself. Also, Sultan is getting good reports form critics and common man alike. Till now, the biggest weekend grosser is Prem Ratan Dhan Payo that managed Rs 129.7 crore business despite being slammed by critics. So Sultan is all set to become one of the biggest blockbusters in Bollywood ever and box office collection records are surely to be written.