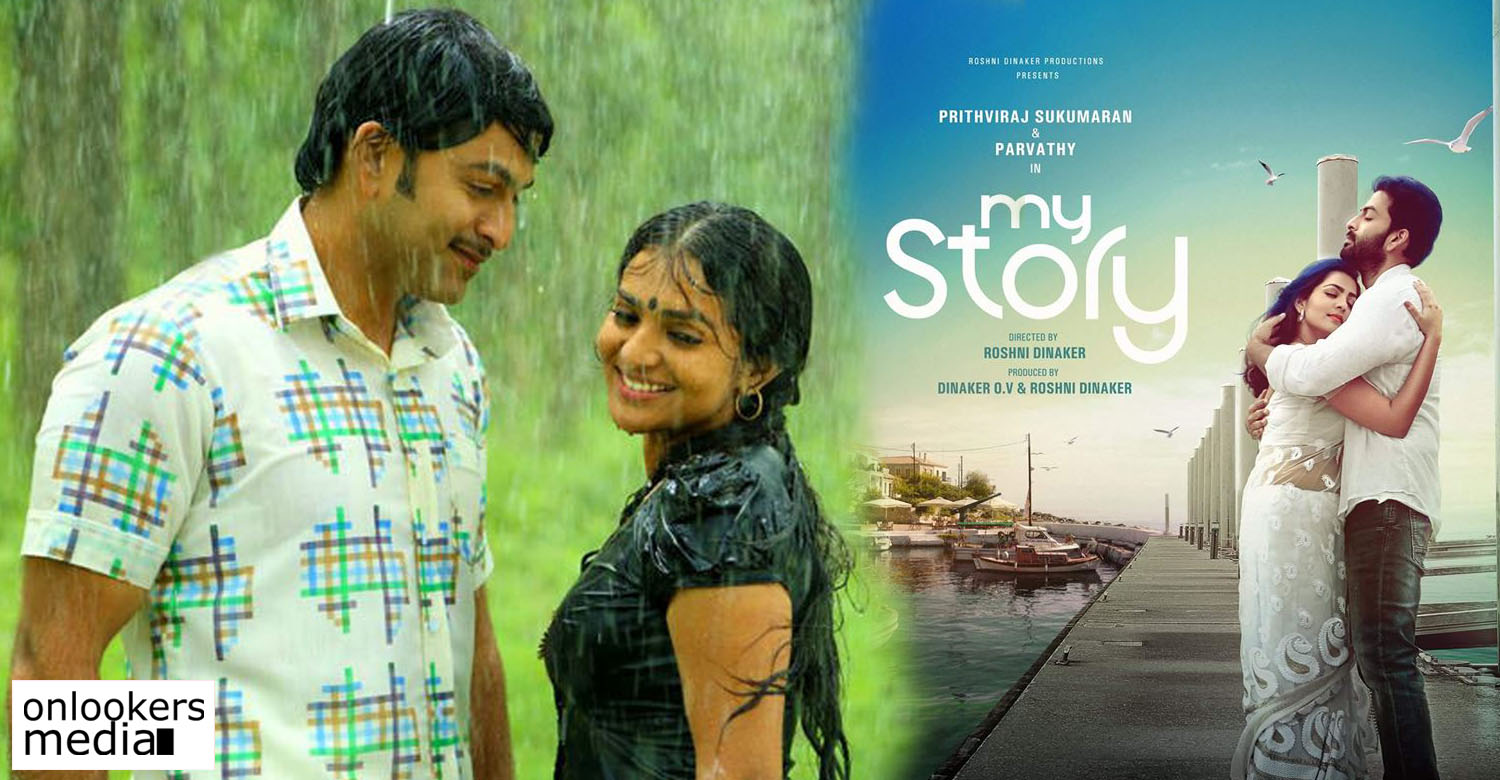 Today marks the second anniversary of the release of Prithviraj-Parvathy starrer Ennu Ninte Moideen (ENM). As a tribute to the classic love story, the makers of My Story have released a new poster. The ENM pair of Parvathy and Prithviraj are reuniting with My Story, a romantic entertainer directed by debutante Roshni Dinaker.

Along with the poster, the makers have also penned a lovely note on Ennu Ninte Moideen in movie’s official Facebook page. The post reads,

“The word hangs in the air for a moment, both a promise and a threat. Then it floats away like a paper boat, taken from her by the water licking at her ankles. Sometimes people don’t understand the promises they are making when they make them. But you keep the promise anyway… Promises are not just words….
Remembering a touching story told…. Ennu Ninte Moideen etched deep in our consciousness. Released same day two years ago…. Cheers to the cast and crew of Ennum ninde moideen, to Moideen and Kanchanamala, to the people who led it to be a huge success and the young lovers at heart… Meet you on the other side with My Story.”

My Story, scripted by noted actor/scenarist Shankar Ramakrishnan stars Prithviraj as Jai and Parvathy as Tara. It is a feel good love story with a modern backdrop. It is set in two time periods – in 1995 and today. The movie was shot majorly in Portugal and surrounding areas.

Dudley has cranked the camera and Shaan Rahman is handling the music department. The movie is being produced by Roshni Dinaker and OV Dinaker under the banner of Roshni Dinaker Productions.

After Mammootty, Vikram to play the lead in this director’s next movie!
Alphonse Puthren is all praise for Biju Menon’s Rakshadhikari Baiju
To Top