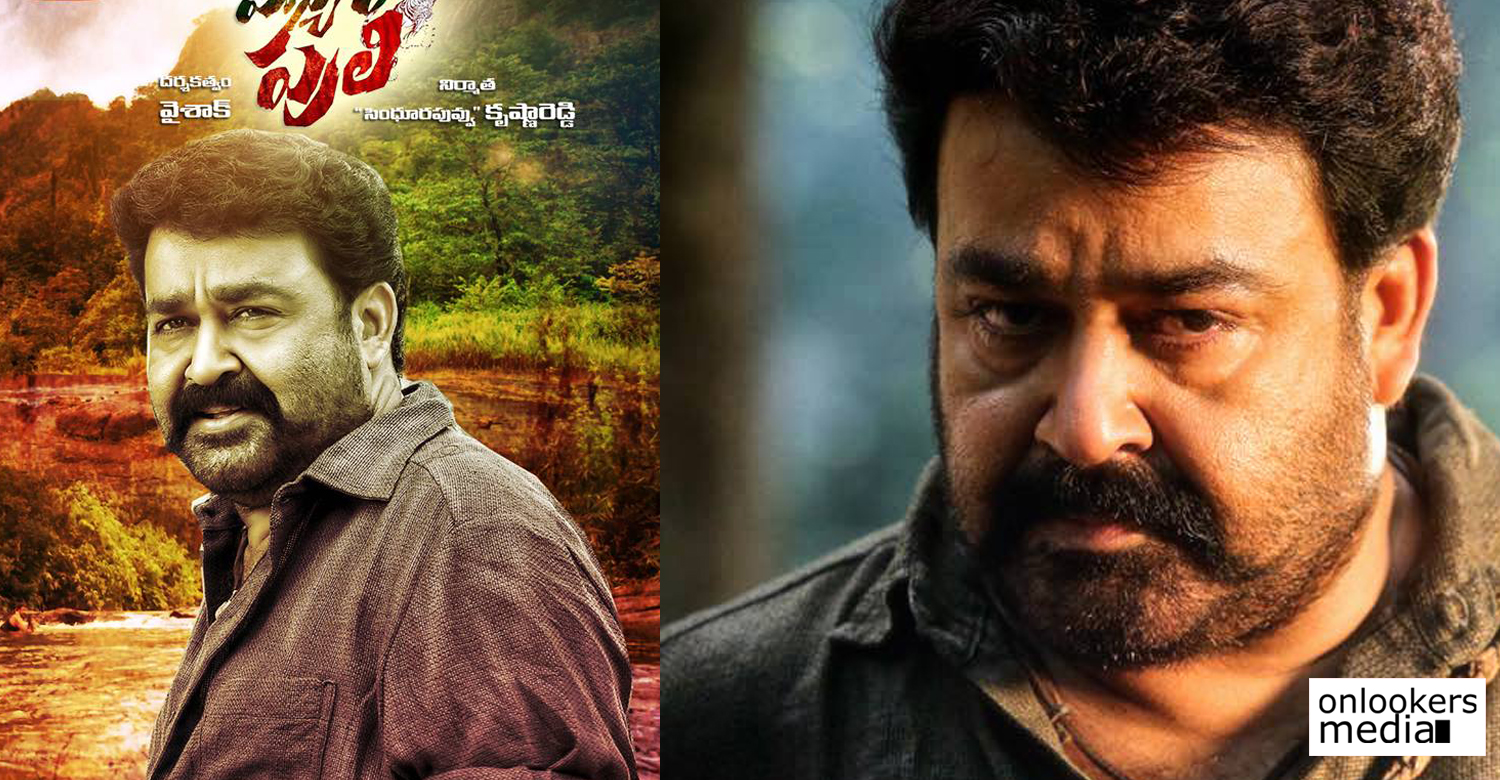 Mohanlal’s all time blockbuster movie Pulimurugan is celebrating its first anniversary this October. The Pulimurugan wave lashed theatres on October 7 last year. It went on to create numerous records in the box office and became the first Malayalam movie to enter the Rs 100 crore club. Inspired by the massive success, the makers dubbed and released the movie in Telugu as Manyam Puli.

Manyam Puli also met with to spectacular response from the Telugu audience minting big bucks at the box office. The movie had successful theatrical run of over 50 days. According to trade sources, Manyam Puli has raked in an impressive 12 crores from the Telugu states of Andhra Pradesh and Telengana.

Recently, the movie was aired on Maa TV for the first time. According to trustworthy reports, the world television premier of Manyam Puli registered a TRP of 11.6. This is the fourth highest TRP rating for any movie this year in Andhra Pradesh and Telengana. Mohanlal has a fair share of following in the Telugu states after the release of his films like Manamantha and Janatha Garage. The latter was last year’s highest grossing Telugu movie grossing over 100 crores from the box office.

Pulimurugan is an action packed entertainer starring Mohanlal in the title role as a wild hunter. The movie is written by Udhayakrishna and produced by Tomichan Mulakupadam under the banner Mulakupadam Films.

The latest track from Adam Joan sung by Prithviraj is already a superhit!
Carbon: When Fahadh Faasil joins with veterans Venu and KU Mohanan, expecations go sky-high!
To Top