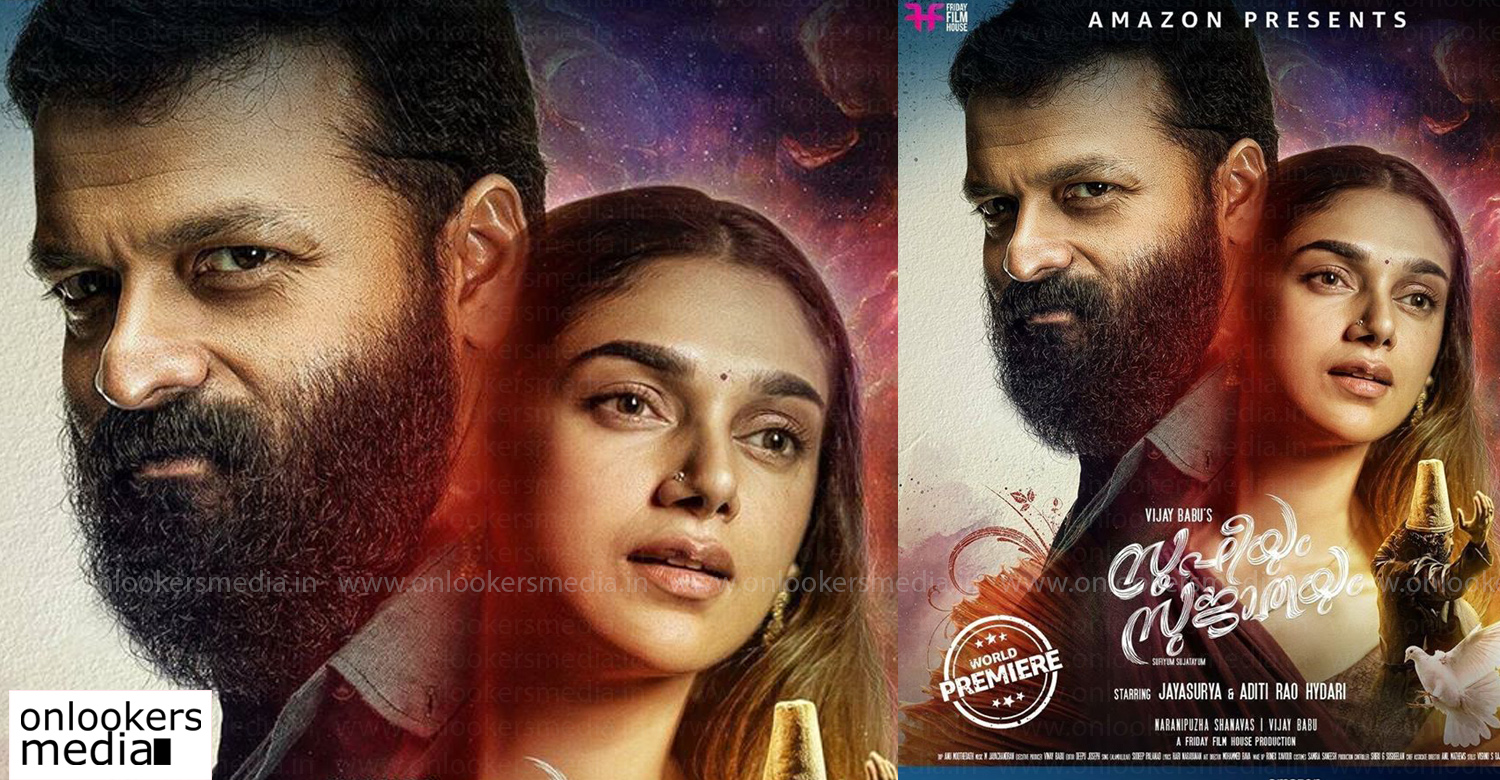 Inspired by how filmmakers across the world are finding alternative ways to release their films, Vijay Babu’s Friday Film House has taken a historic decision with respect to Malayalam industry. In what is a probably the first for a mainstream Malayalam film, ‘Sufiyum Sujathayum’ will be out directly on Amazon Prime. Vijay Babu broke the big news just a while back through his official social media handle. Release date is expected to be announced shortly.

‘Sufiyum Sujatha’ is a musical love story that stars Jayasurya and Bollywood actress Aditi Rao Hydari in the lead roles. It is written and directed by Naranipuzha Shanavas. Interestingly, he is the twelfth director to be introduced by Friday Film House. Vijay Babu has pinned high hopes on the film as he has said that it has the potential to be the best film to be produced by his banner. Ram remaining portions have to be shot abroad, there’s no other way: Jeethu Joseph
Suriya battles all odds to get Ponmagal Vandhal a direct release on Amazon Prime!
To Top