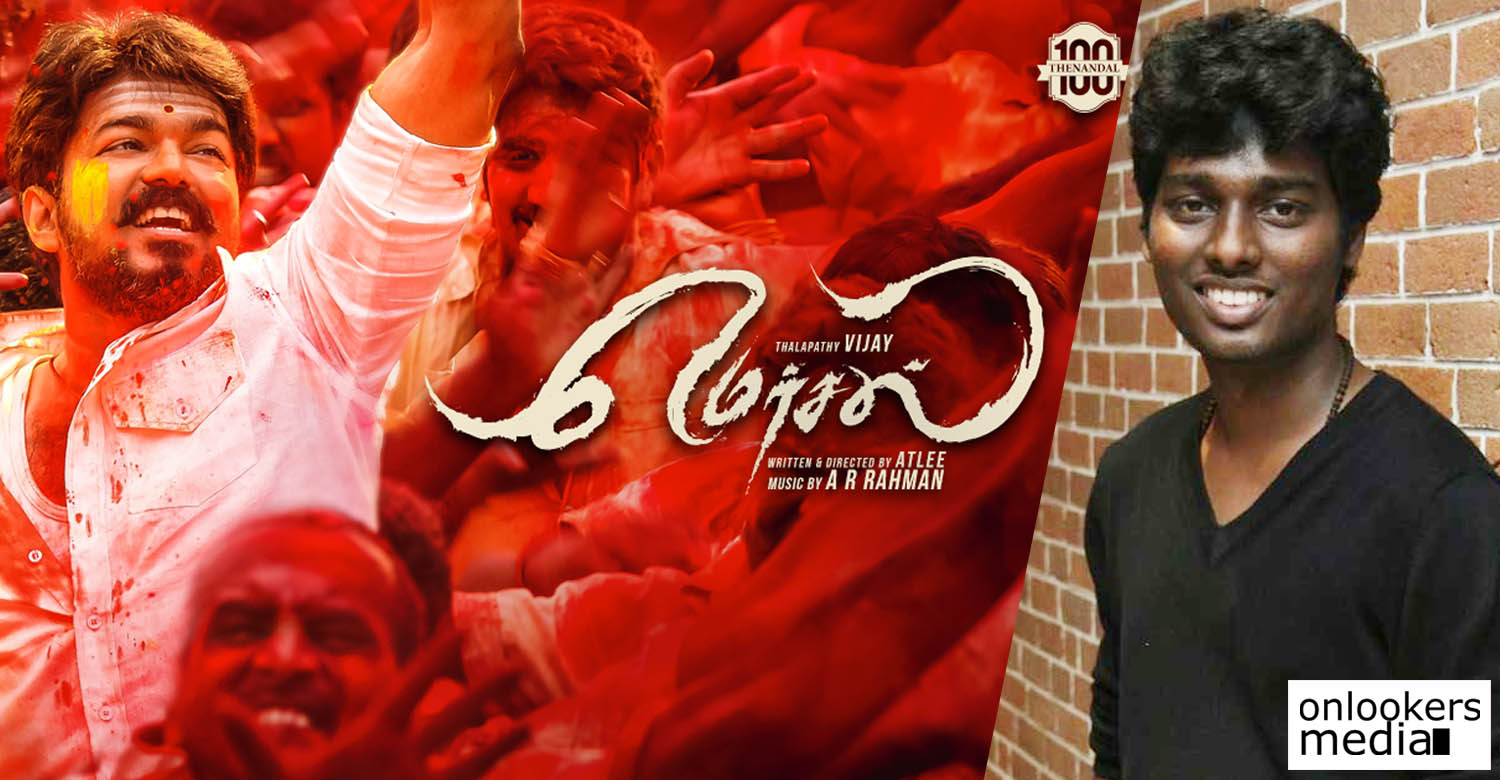 Talks are on for remaking Mersal and I’ll be directing it in Hindi: Atlee

Young filmmaker Atlee is currently on a high after his latest outing Mersal starring Thalapathy Vijay getting phenomenal response from the audience. Releasing on Diwali day (October 18), the movie has opened to record numbers in most centres. This festive entertainer stars Vijay in a triple role and has Nithya Menen, Samantha and Kajal Aggarwal as the female leads.

Atlee in a recent interview has revealed about his plans of remaking Mersal in other languages. Apparently, the makers have pitched the story to a couple of big banners in Bollywood and have got positive response from them. Atlee also added that he himself will be helming the Hindi version as well. Atlee, a former associate of ace filmmaker Shankar, sounded very confident about the Hindi version. The massive reception that Mersal has been getting has further inspired them for remaking the film in multiple languages.

Mersal follows the usual commercial formula but the director’s packaging and Vijay’s stellar performance is what has made the movie such a big success. It is a regular revenge story with a relevant social message laced around in it. One major advantage while remaking this movie is its story can be placed in any milieu as the issue discussed here is relatable to a pan Indian audience.

Atlee along with KV Vijayendra Prasad, of Baahubali and Bhajrangi Bhaijaan fame, and Ramana Girivasan have jointly helmed the movie’s screenwriting. It will be interesting to see how they adapt the plot and place it in a North Indian background. It is almost certain that a superstar will play the lead role in the movie as the script demands it.

Meanwhile, Mersal continues to set the cash registers ringing like never before. The movie has broken Kabali’s opening day collection record to emerge as the highest first day grosser in Tamil Nadu. Worldwide the movie is reported to have done a business of around 50 crores from the first two days itself. Mersal is expected to continue its blockbuster run in the coming weeks also.

2.0 is going to be a super-duper blockbuster and will break records in all languages: Aamir Khan
Kalidas Jayaram’s Poomaram will be releasing for Christmas: Jayaram
To Top