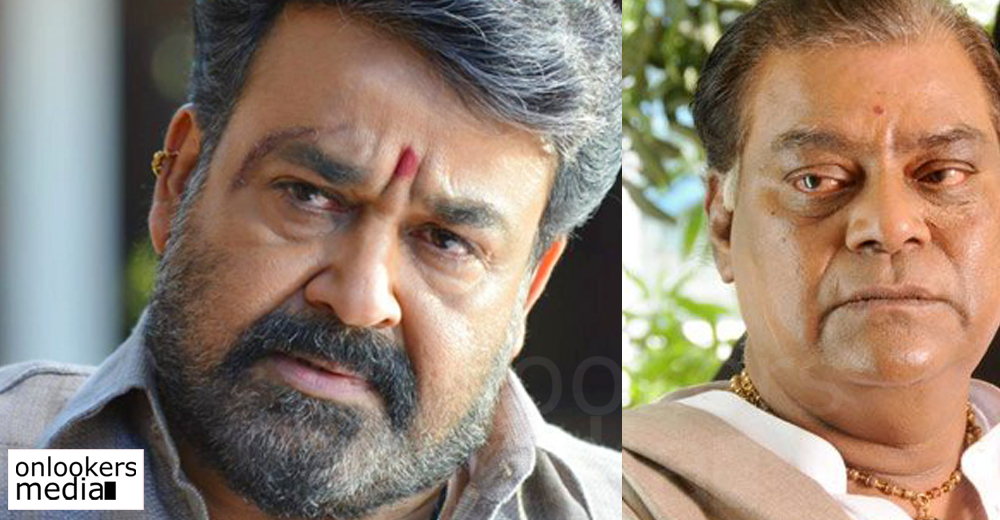 Janatha Garage is the Telugu movie released on the 1st September this year starring complete actor Mohanlal and Telugu star Jr NTR. The film got great reviews from the audience and grossed more than 100 crores within days in box office. It became the second fastest Tollywood movie to gross 100 crores as well after Baahubali. The film is directed by Koratala Siva and Mohanlal had got fabulous reception from the Telugu people.

Appreciation are poured in from all corners of the globe saying that Mohanlal was just fantabulous in Janatha Garage and many people, even Telugu Film lovers said that Mohanlal was the saving grace of the movie with his stunning performance as Sathyam in it. But now, a Telugu actor named Kota Srinivasa Rao had come out against the praises showering on Mohanlal.

He had made some shocking comments on the movie and he says that Telugu actors now suffering from injustice. He said that after the release of Janatha Garage, he only hears praises on Mohanlal from common people and critics alike. He heard nothing about Telugu actors who acted in that movie. He asks what is the meaning of praising such a great actor like Mohanlal after roping him in to a Telugu movie ?

He says that when someone like Mohanlal is on the screen or in front of the camera, how much can a Telugu actor perform or how much his performance gets noticed ? He says that film makers are only thinking about their films and not about the Telugu actors in it. They had to think about their language first.

Years back, Mollywood Super Star Suresh Gopi’s movies got banned there in Tollywood after Suresh Gopi’s dubbed movies made great impact there among the audience. We have to wait and see whether Mohanlal will face the same fate there or not.

Oppam to speak Tamil soon and Kamal Haasan to play the lead in it ?
Mohanlal-Prithviraj team to star in next B Unnikrishnan movie
To Top