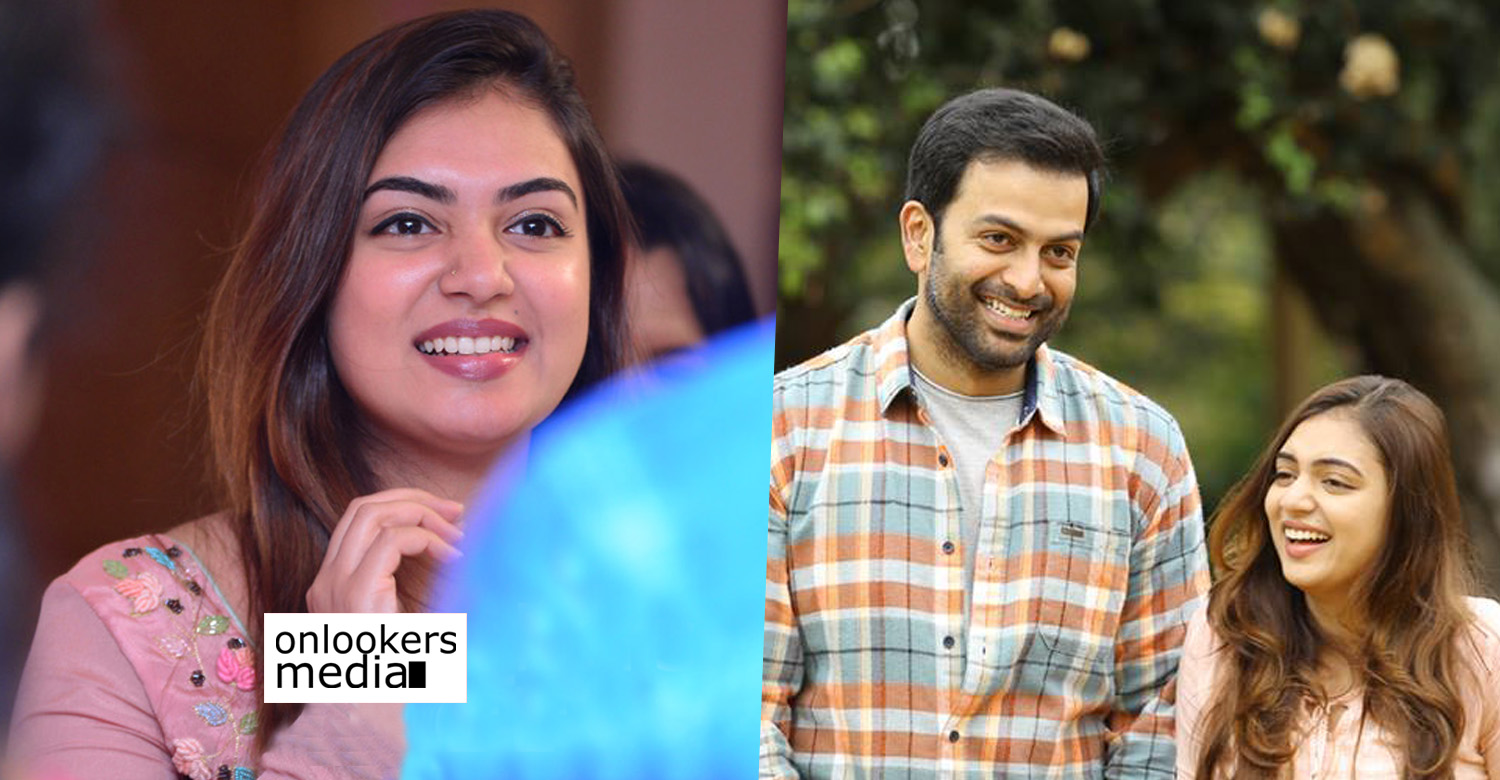 I was very tensed about acting with Prithviraj in Koode: Nazriya Nazim

Director Anjali Menon’s comeback movie Koode is eagerly awaited by the Malayali audience. The movie has a dream star cast – Prithviraj, Nazriya Nazim and Parvathy play lead roles. Though Nazriya-Parvathy and Prithviraj-Parvathy have worked together earlier, this is the first time Nazriya and Prithviraj are sharing screen space. The two did not know each other well prior to the movie’s shoot.

Nazriya, who like Anjali Menon is also making a comeback after a four year long gap, was tensed about acting with Prithviraj. To ease out the tension, Anjali started a chat group with the actors and that is when they actually started bonding. Soon Nazriya and Prithviraj became close to each other. Like in the movie, they bonded like siblings. Prithviraj said the same in a couple of interviews as well. Their on-screen chemistry as Joshua and Jenny is something exciting to look forward to in Koode.

According to Anjali Menon, Koode is a heartwarming tale of relationships. The movie also stars director Ranjith, Atul Kulkarni, Roshan Mathew, Sidharth Menon and Maala Parvathy in supporting roles. M Jayachandran and Rahul Dixit have composed the songs. Littil Swayamp, noted for his splendid work in Parava, is the DOP and Praveen Prabhakar handles the edits.

M Renjith’s Rejaputhra Visual Media is producing this movie association with Little Films India. The makers have announced that the movie will be hitting screens on July 6.