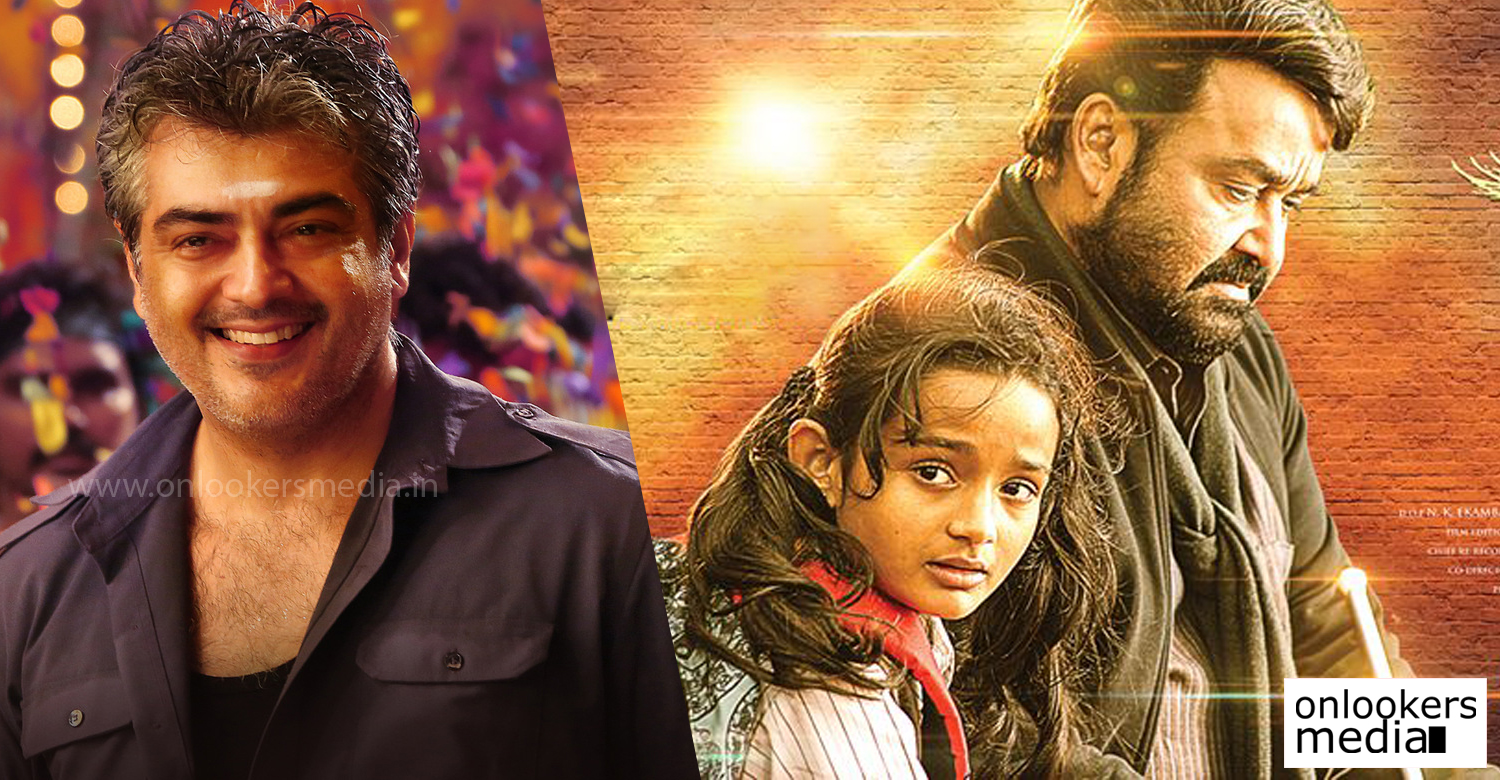 Oppam, the Onam release from Super Star Mohanlal, scripted and directed by master director Priyadarshan is going great guns all over and it had got the best reviews among the Onam releases which released till now this year. Audience are already hailing the movie as Onam winner and great word of mouth is spreading all around.

The film is doing terrific business in box office as well along with great mouth publicity which it is getting. We had already reported you that the flick was first seen by Super Star Rajinikanth, a day before the release of the film. Rajinikanth expressed his wish to watch this movie and Priyadarshan had arranged for a special in his house.

Now, the latest report from Kollywood suggests that Thala Ajith too watched Oppam last day and showered appreciation on the movie. A special show was arranged for Ajith at 3.30 PM in Prasad Studios Chennai.

Oppam is doing great everywhere and from Chennai as well it has been getting fabulous response. Reports says that this may well become the biggest success in Priyadarshan’s career and the director had indeed made a fantabulous comeback through Oppam. Mohanlal’s performance as the blind man named Jayaraman is the backbone of this movie and he is been getting unbelievable appreciation from viewers. Antony Perumbavoor had bankrolled this project under the banner of Aashirvad Cinemas.