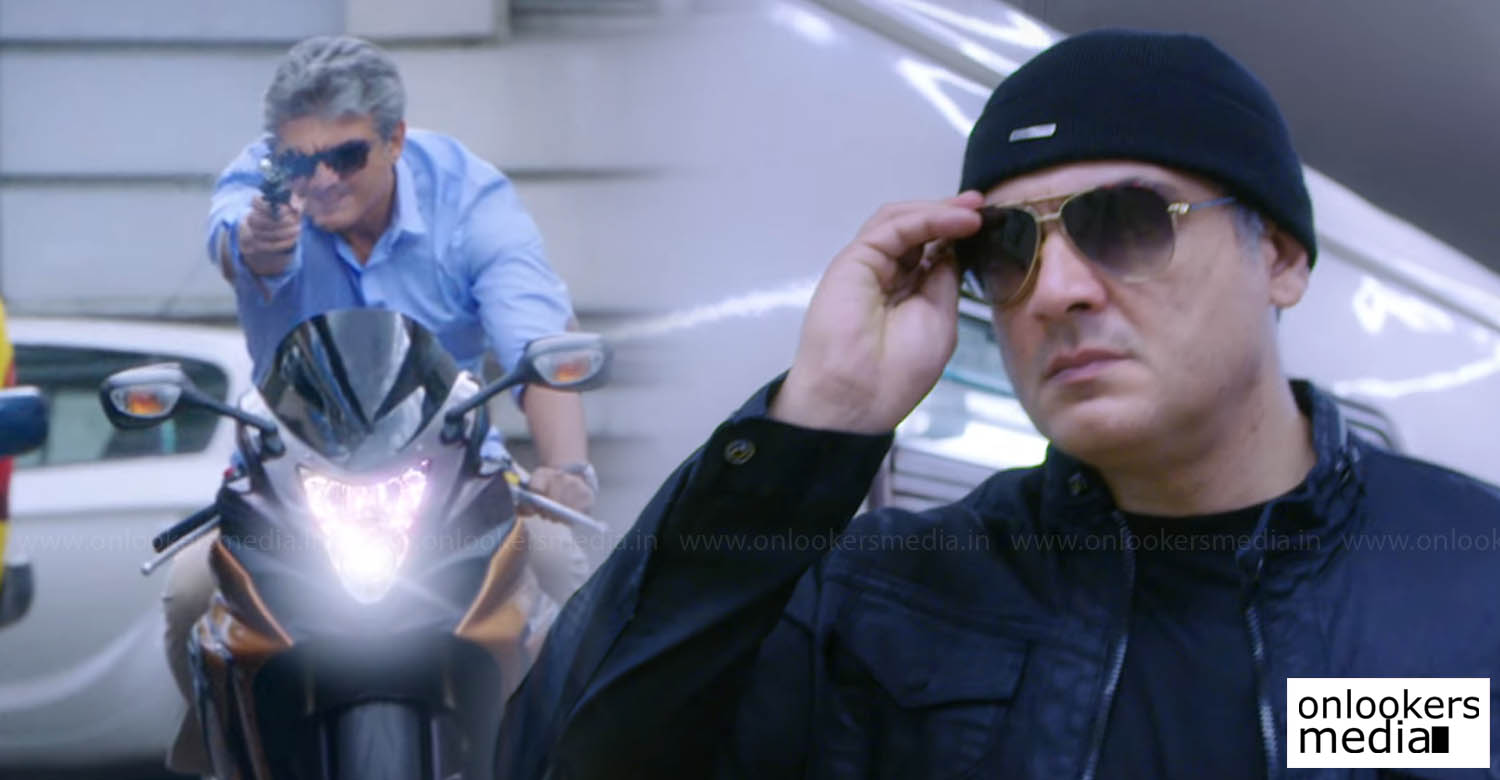 The much awaited teaser for Thala Ajith’s next Vivegam had finally been released days back. The actor is seen in a terrific make over for the flick shedding down a few kilos.

The first look poster that had come out earlier had surprised many as Ajith was seen showing away his six packs with his acclaimed salt and pepper hair style. It is reported that the actor will be seen playing an FBI agent in this film.

This is the third time both Ajith and director Siruthai Siva are seen teaming up after Veeram and Vedhalam. Kajal Agarwal plays the lead heroine in this spy thriller. Bollywood actor Vivek Oberoi and Kamal Haasan’s younger daughter Akshara Haasan will be also portraying important roles.