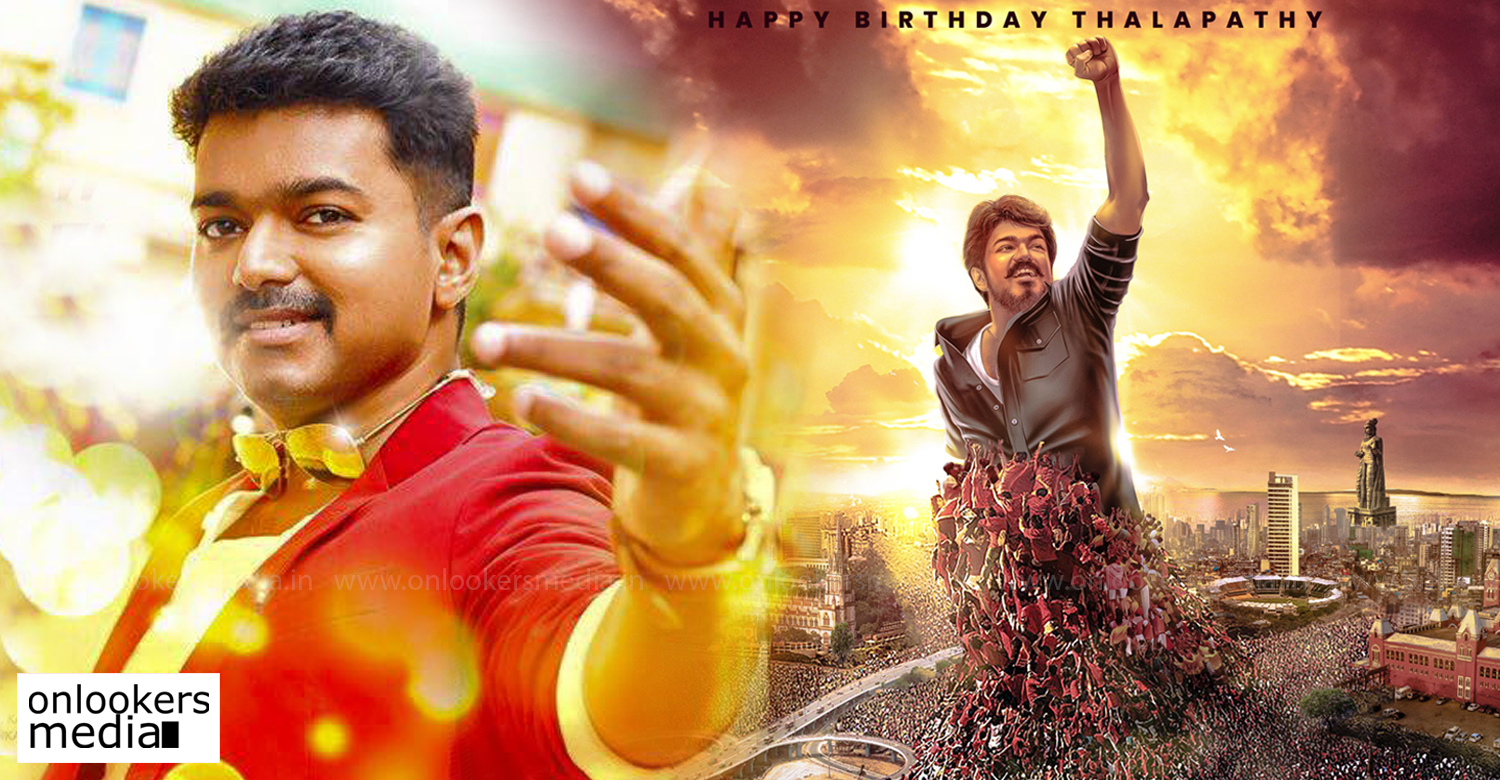 Thalapathy 63 title and first look to be released tomorrow!

The much awaited update regarding when the title and first look of Vijay’s new film (Thalapathy 63) will be out was made last day. The makers will be revealing the title and poster tomorrow (June 21) at 6 PM. A second look poster will be unveiled exactly at 12 AM on June 22, which happens to be Vijay’s birthday. Fans are highly excited about the same as is evident from the buzz in social media platforms like Twitter and Facebook.

Thalapathy 63, which marks Vijay’s third time collaboration with director Atlee, is a sports based flick centred around woman’s football. Vijay plays a player-turned-coach in the movie. Nayanthara is paired with him. Induja, Varsha Bollamma and Reba Monica John are playing prominent roles as players of his football team. Bollywood actor Jackie Shroff, Kathir, Yogi Babu, Vivek, Daniel Balaji, Anand Raj and many others are also part of the supporting cast.

As per the makers, the movie will be a mass commercial tale that touches upon football, politics in sports, friendship and emotions. AR Rahman has composed music for the movie and cinematography is by ‘Mersal’ fame GK Vishnu. AGS Entertainment is producing the movie, which is scheduled for a grand Diwali release in October.

Soubin Shahir to turn a gandharvan for his next with Aashiq Abu
Massive projects lines up for Mohanlal; Empuraan to start rolling after Barroz
To Top