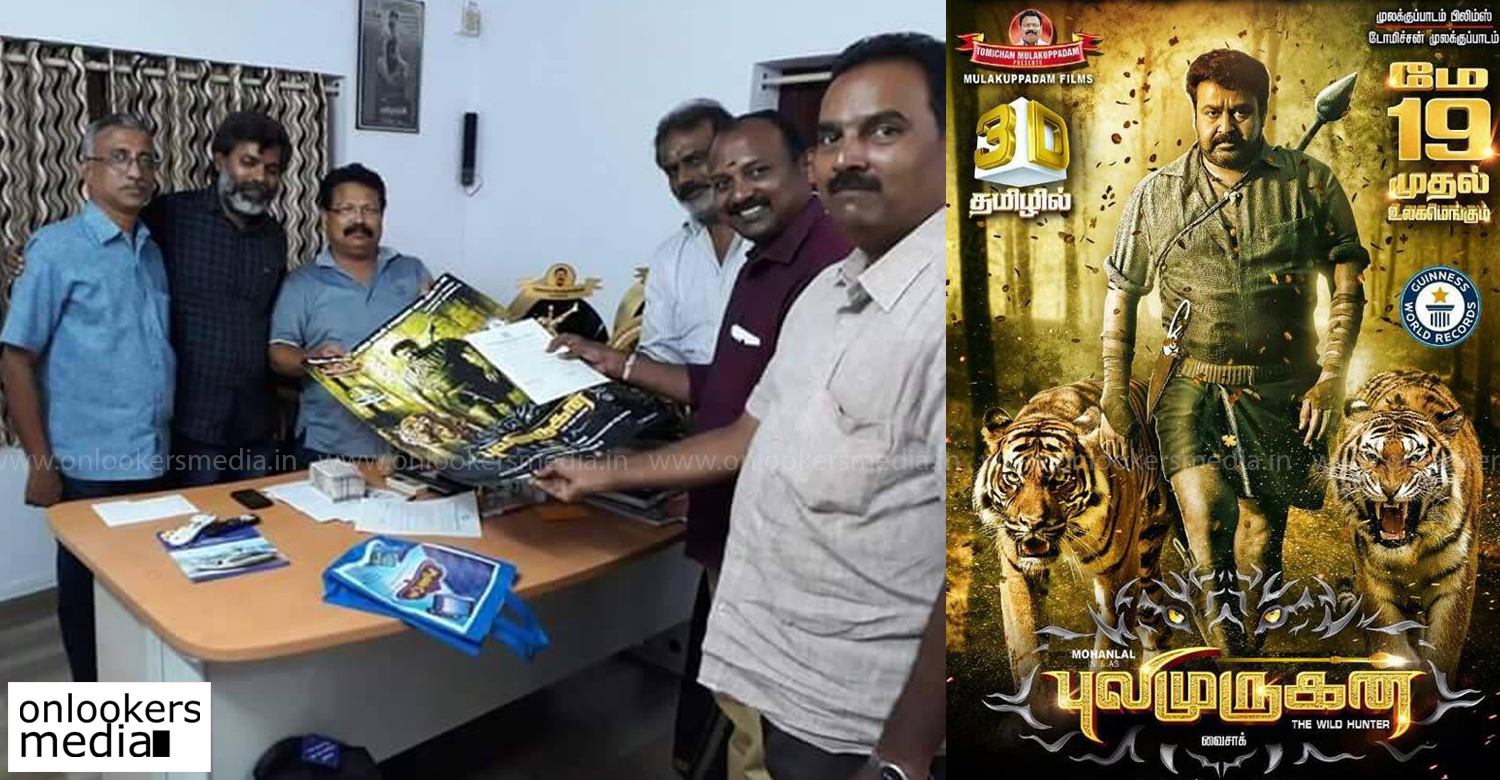 After shattering all pre-existing box office records in Mollywood, Mohanlal’s Pulimurugan is now gearing up for release in Tamil. The movie’s Tamil dubbed version is all set to hit screens on May 19. Interestingly, the Tamil verison is releasing in 3D format. Mohanlal himself has dubbed in Tamil for the movie.

Recently, the Telugu version of Pulimurugan Manyam Puli was re-released in the Telugu states. During it’s initial run, the movie did a business of over 15 crores. Last month, the 3D verison of Pulimurugan entered the book of Guinness world records for the biggest screening of a 3D film. It was screened to nearly 20,000 viewers on April 12 at the Adlux Convention Center in Angamaly. It toppled the previous record held by Hollywood movie Men in Black 3, which was viewed by 6,819 fans at Berlin’s O2 World.

Pulimurugan has an universally appealing story about man vs wild. So, it will be easy for audience irrespective of any language to connect with the movie. Mohanlal’s amazing action blocks and the terrifically shot sequences involving the tigers are the USP the movie.

Pulimurugan, written by Udhayakrishna was directed by Vysakh. Tomichan Mulakupadam produced this big budget movie under the banner Mulakupadam Films.

CIA continues to do decent business in Ernakulam multiplexes
Vijayaraghavan death hoax; action against all those who shared the rumours
To Top