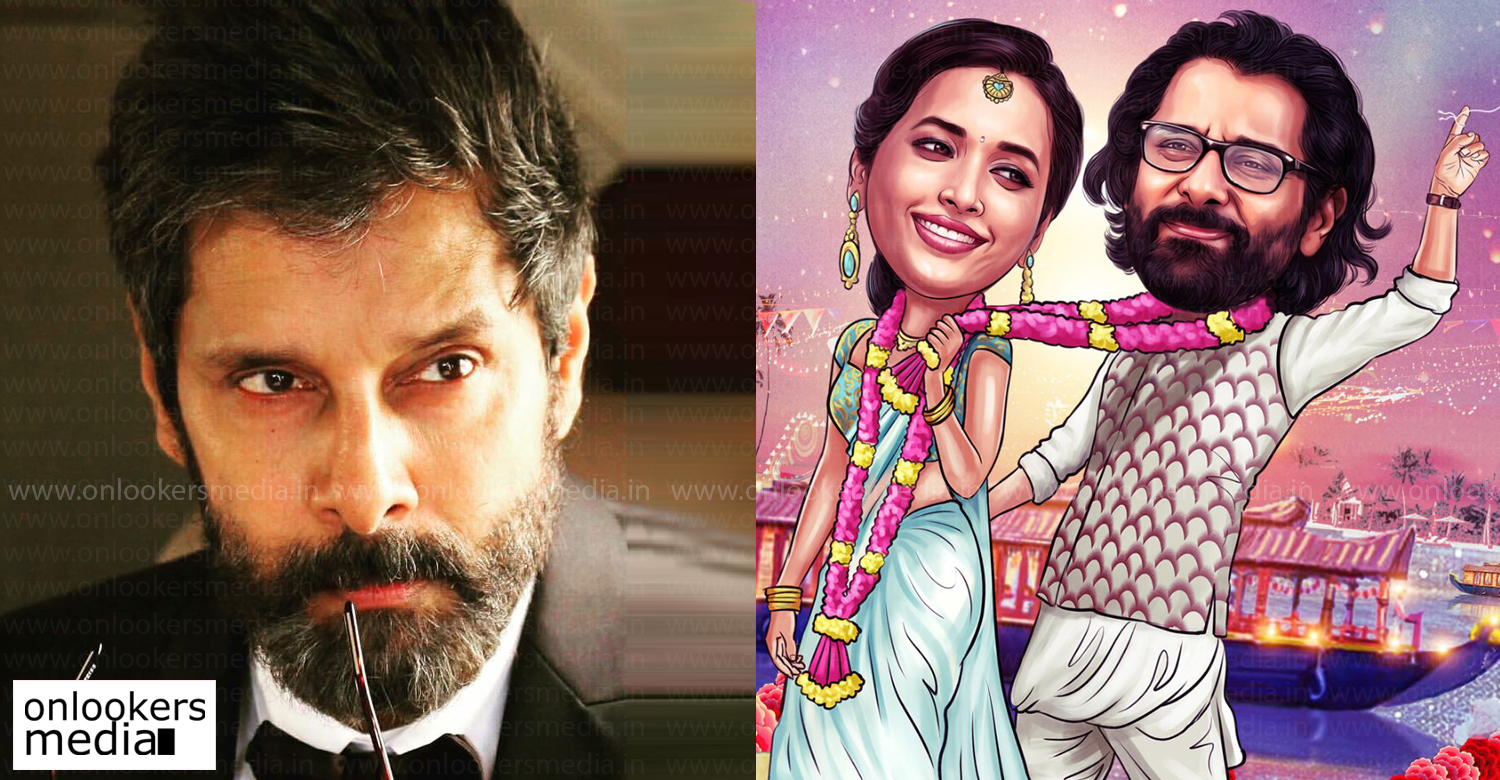 First single from Vikram’s much hype ‘Cobra’ is set to be out online on June 29 at 5 PM. The song titled as ‘Thumbi Thullal’ is composed by AR Rahman and it seems to be a wedding song with a celebration mood. ‘Cobra’ is a highly anticipated film that many big names in the cast and crew.

Ajay Gnanamuthu of ‘Demonte Colony’ and ‘Imaikka Nodigal’ is directing the film and 7 Screen Studio is producing it. Vikram will be appearing in multiple looks in the film. There is also an elaborate star cast comprising actors from various languages. ‘KGF’ fame Srinidhi Shetty is paired with Vikram. Former Indian cricketer Irfan Pathan essaying a very crucial role. KS Ravikumar, Roshan Mathew, Miya George, Mammukoya, Sarjano Khalid, Mirnalini Ravi and many others are part of the cast.

The makers have informed that they have managed to complete 90 days of shoot before the lockdown. Only 25% of portions are left which the team is hoping to wrap up as soon as the restrictions are lifted. The film will be releasing in Tamil, Telugu and Hindi languages.

Bridge on Galwan: Major Ravi’s next is based on Indo-Chinese conflict
M-Town celebs shower birthday wishes on Suresh Gopi
To Top