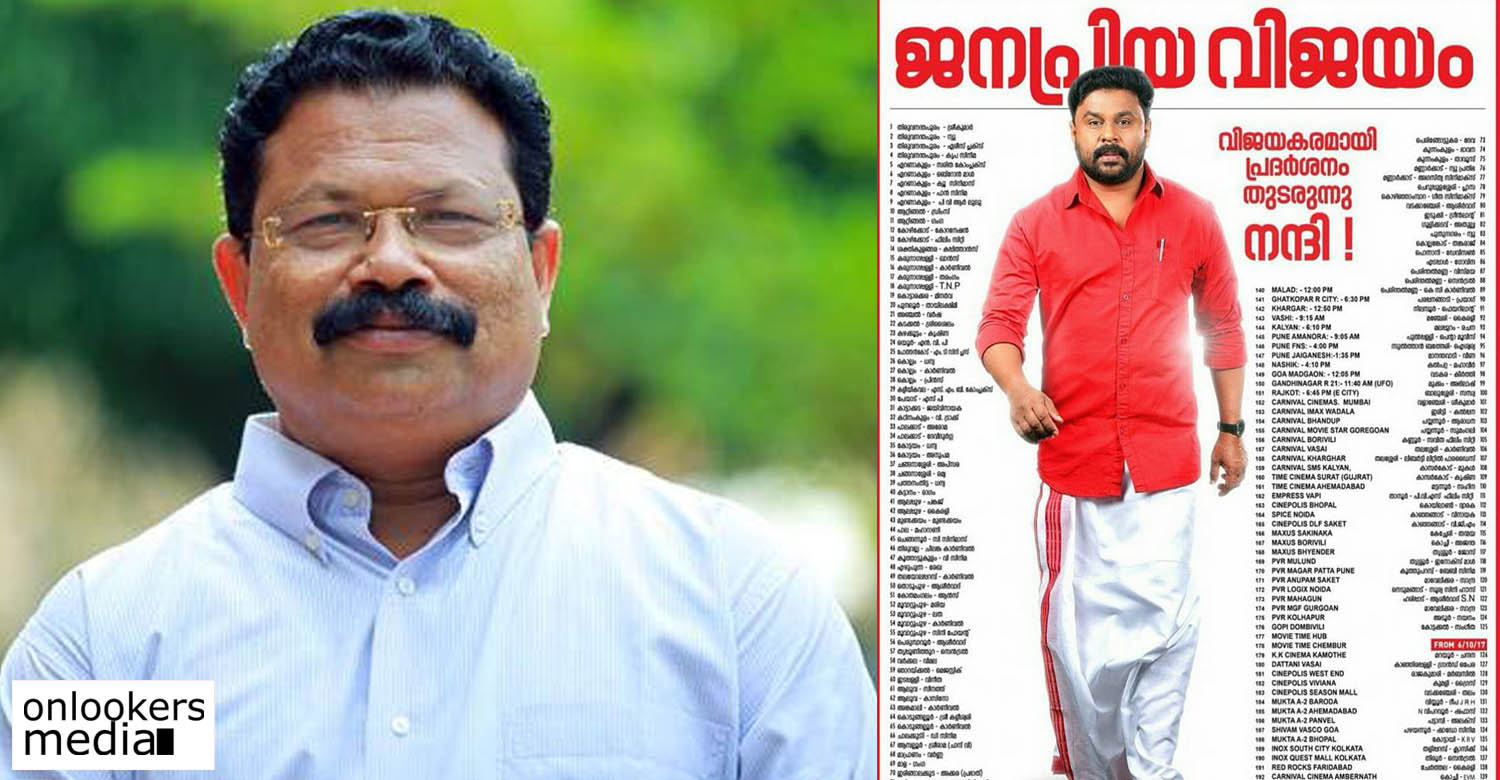 Tomichan Mulakupadam’s brand of marketing: Full page ads for Ramaleela after one week of release!!

Malayalam film industry always been superior to other industries in terms of the quality of movies released here. Ours being a small industry has certain limitations in making big budget movies. The most expensive Malayalam movie to have released till date had a budget of just Rs 35 crores, which is nowhere near the investment in other industries. A popular notion in Mollywood was that one can never reap profits while making a big budget movie.

Last year, all these notions were broken by Mohanlal’s Pulimurugan as it set the box office on fire. When everyone, including trade experts, believed that it is impossible for a Malayalam movie to enter the elite 100 crore club, Pulimurugan did a whopping bussiness of nearly Rs 150 crores. One of the major factors, apart from Mohanlal’s stardom, that worked for the movie was its marketing strategies.

Producer Tomichan Mulakupadam invested crores for the movie’s promotions. Unlike most producers today, they did not limit the promotions to just the social medias. Advertisements were telecasted during the prime time serial breaks. In addition to that full page ads in newspapers were also given. It was probably the first time that full page ads were given for a Malayalam movie.

Only a very few producers in Mollywood are willing to invest in promotions. Even superstar films are not having enough publicity which reflects on the lukewarm response during the initial days of theatrical run. Audience come to know about most releases only after the word of mouth starts spreading. Many good films have tanked at the box office due to the lack of promotions. So let’s hope that the makers realize the need for proper marketing sooner than later.

Meanwhile, Ramaleela continues to remain unstoppable at the box office. It is fast progressing to become one of the all time highest grossers of Malayalam cinema. Inspired by the overwhelming response from the audience, which includes the families as well, more screens were added recently in Kerala and Chennai.

Mohanlal’s next with this Bollywood filmmaker is a thriller based in Mumbai
Tharangam is a movie which deserves all the applause: Jude Anthany Joseph
To Top