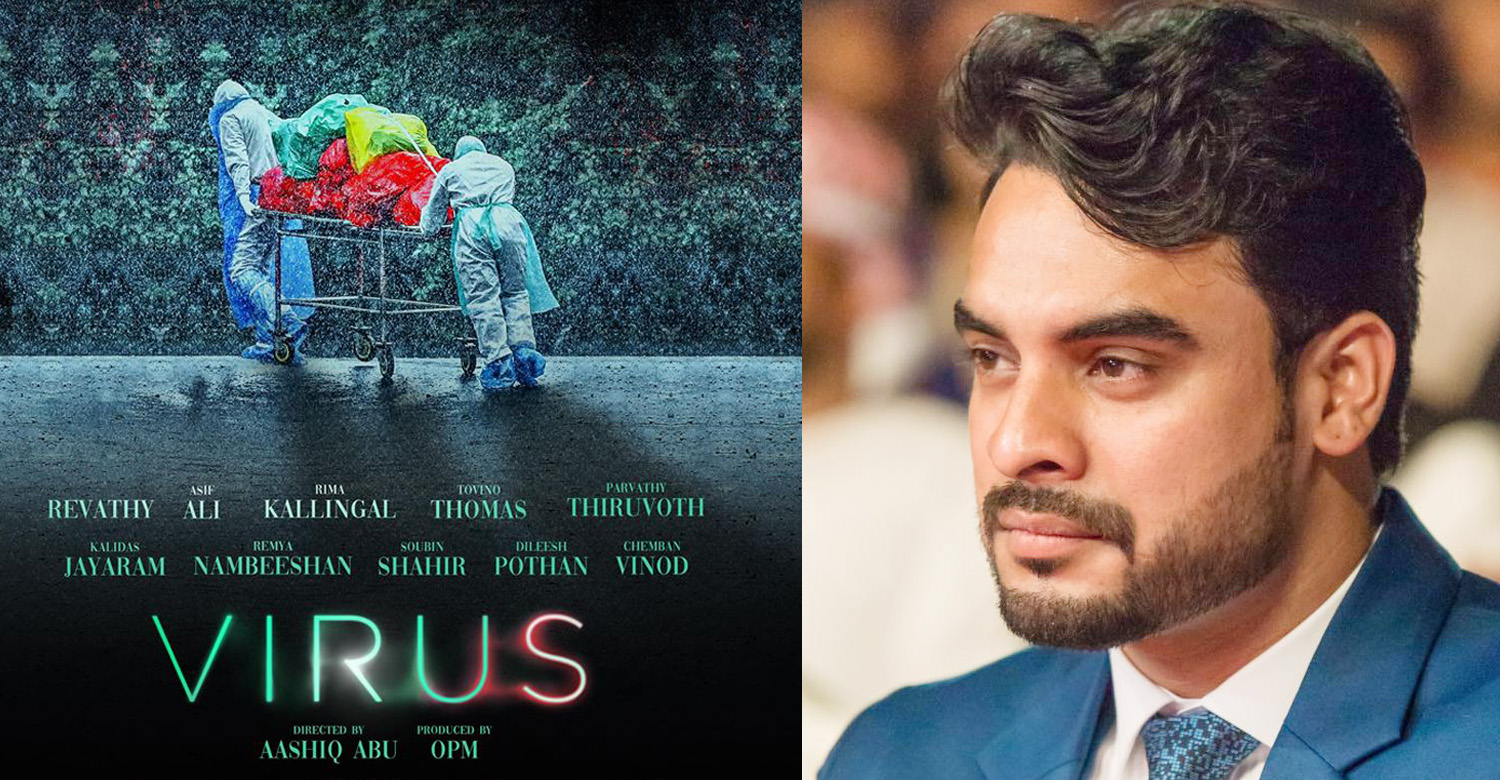 Recently, director Aashiq Abu announced that his next movie will be based on the deadly Nipah outbreak in Kerala. The movie titled as ‘Virus’ has a stellar star cast comprising of Revathy, Tovino Thomas, Parvathy, Asif Ali, Rima Kallingal, Kalidas Jayaram, Soubin Shahir, Dileesh Pothan, Chemban Vinod Jose and Remya Nambeeshan. Muhsin Parari, Suhas and Sharfu have jointly scripted the movie based on some real-life incidents that happened during the virus outbreak.

As we had reported earlier, the movie has veteran actress Revathy playing the role of Health Minister KK Shailaja and Rima Kallingal as nurse Lini Puthussery, who contracted Nipah and passed away while treating the virus affected patients. It is now learnt that Tovino Thomas will be playing the role of Kozhikode collector UV Jose in Virus.

Tovino Thomas, who is going through a glorious phase, has got a very crucial role to play in the movie as Kozhikode district collector was one of the prominent faces in the fight against Nipah. Contrary to reports, the movie is not an anthology but has interconnected stories set all over Kerala. The makers are trying to tell the world a story about how the Malayali community stood united to tackle the virus. Nipah virus took 17 lives in the state this year.

Virus is set to go on floors from December and it has been planned as a Vishu release, next April.

Dileep’s next with B Unnikrishnan starts rolling!
Kalidas Jayaram’s next with Jeethu Joseph titled as Mister Rowdy?
To Top