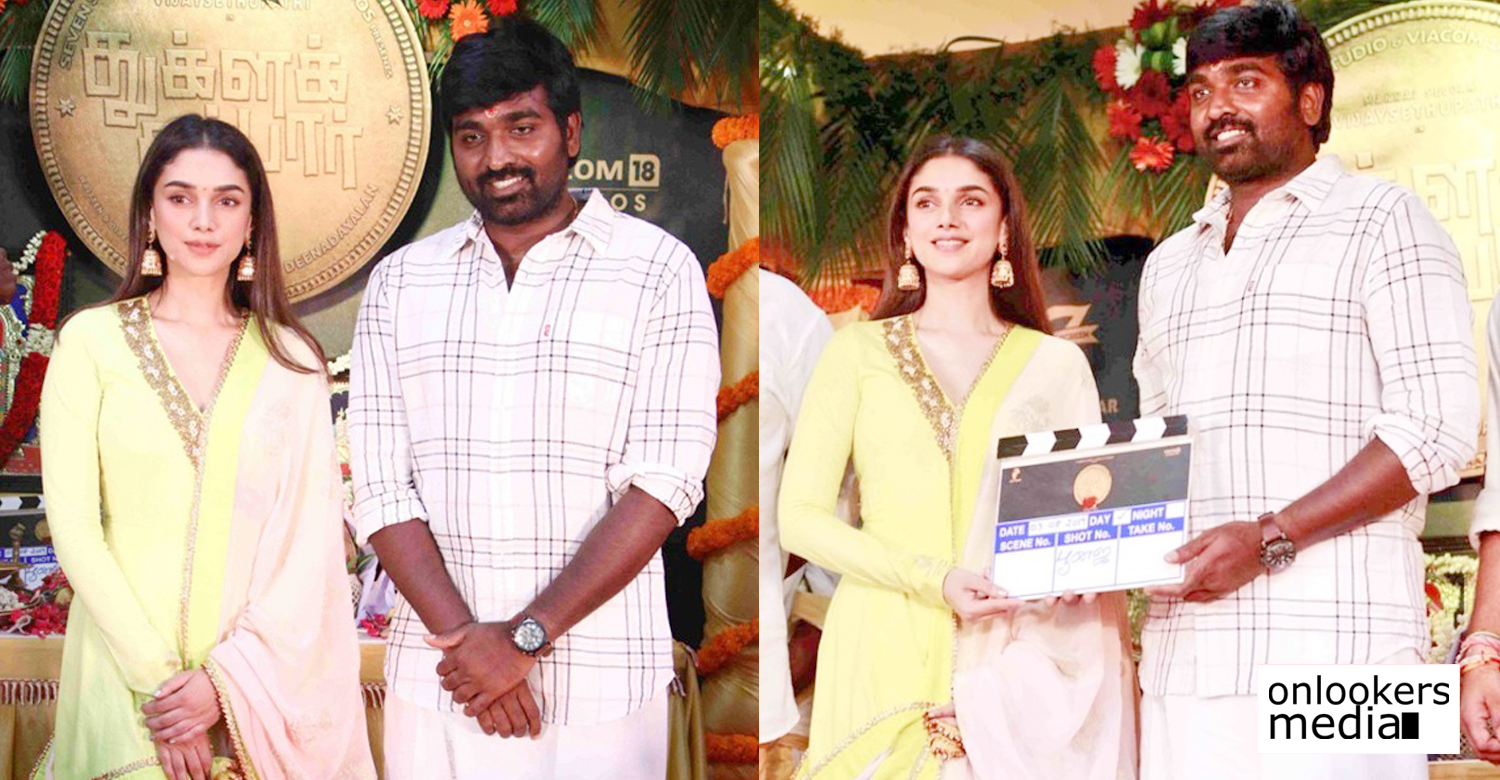 We had earlier reported about Vijay Sethupathi signing a new film with debutant Delhi Prasad Deenadayal.
The movie has been titled as ‘Tughlaq Darbar’ and a formal launched event was held today in Chennai. Aditi Rao Hydari has been signed as the female lead. It is being produced jointly by 7 Screen Studio and Viacom 18.

‘Tughlaq Darbar’ is said to be a political satire. Vijay Sethupathi will be seen as a politician in the movie. Veteran actor Parthiben will also be seen playing a prominent role. According to the makers, the movie has an out-and-out mass subject.

Balaji Tharaneetharan, who has directed films like ‘Naduvula Konjam Pakkatha Kaanom’ and ‘Seethakaathi’, is penning the dialogues. ’96’ director Prem Kumar will be cranking the camera and Govind Vasantha has been roped in as the composer. Full fledged shoot will be commenting shortly and it is planned as a 2020 summer release.