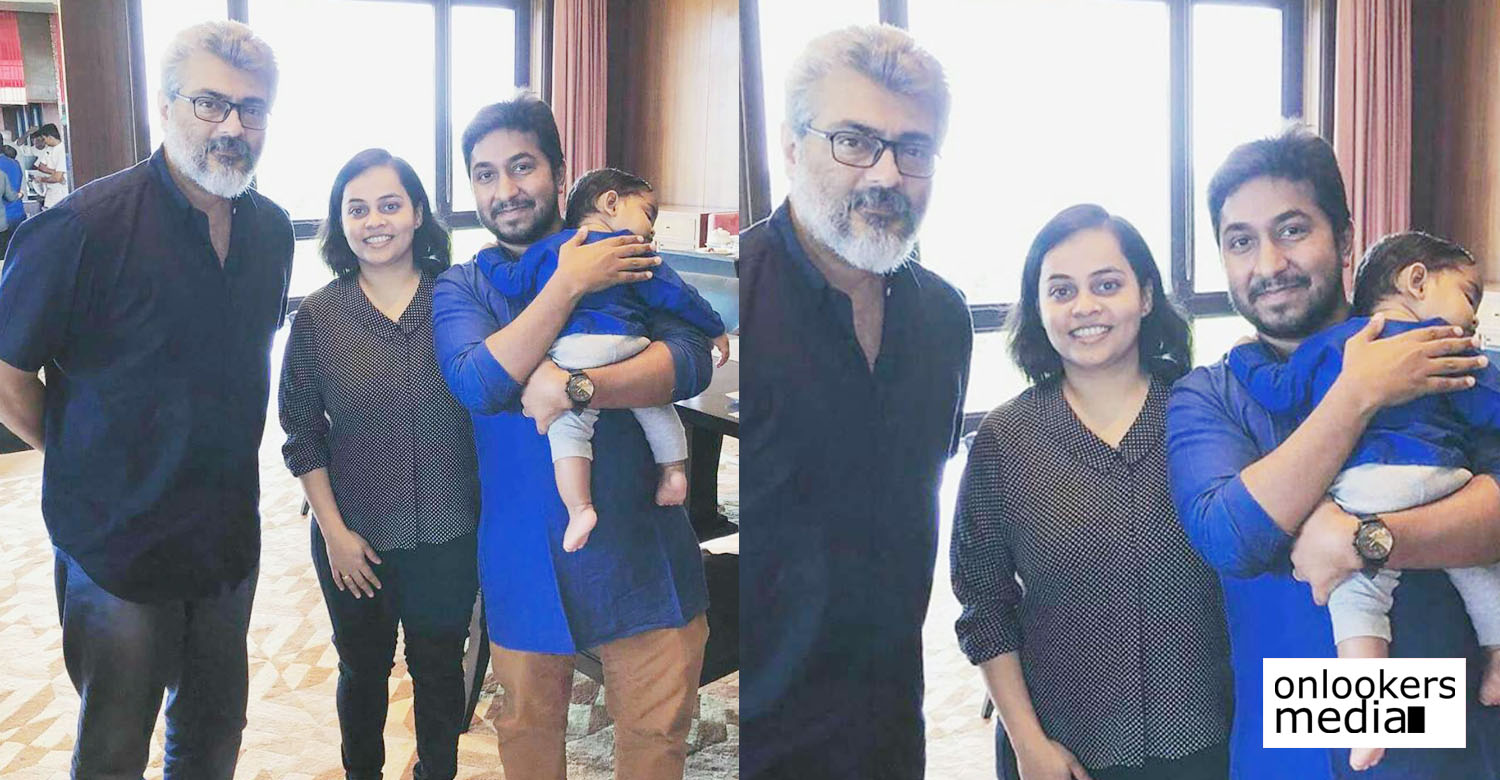 Vineeth Sreenivasan has often in his interviews said that he is a huge fan of Tamil superstar Thala Ajith. Last day, Vineeth and family had the fortune of meeting Ajith during an event. He shared the photo taken with Ajith in his official Instagram handle and captioned it as,

“Ultimate fan boy moment!! Those who know me will know what this picture is worth for me..”

Ajith is seen in his trademark salt and pepper look with a fully grown beard in the photo. Apparently, he is getting ready to start shooting for ‘Viswasam’, his upcoming movie with director Siva. Nayanthara is playing the female lead in this movie touted to be a commercial entertainer. Sathya Jyothi Films, who produced Ajith’s last film Vivegam, is bankrolling this upcoming venture as well.

Vineeth, on the other hand is waiting for the release of ‘Aravindante Athidhikal’, his next as a lead actor. The movie directed by M Mohanan is tipped to be a feel good entertainer. Sreenivasan, Nikhila Vimal, Shanthi Krishna, Urvashi, Aju Varghese, Salim Kumar and many others are also part of the movie. Aravindante Athidhikal is slated to hit screens on April 27.