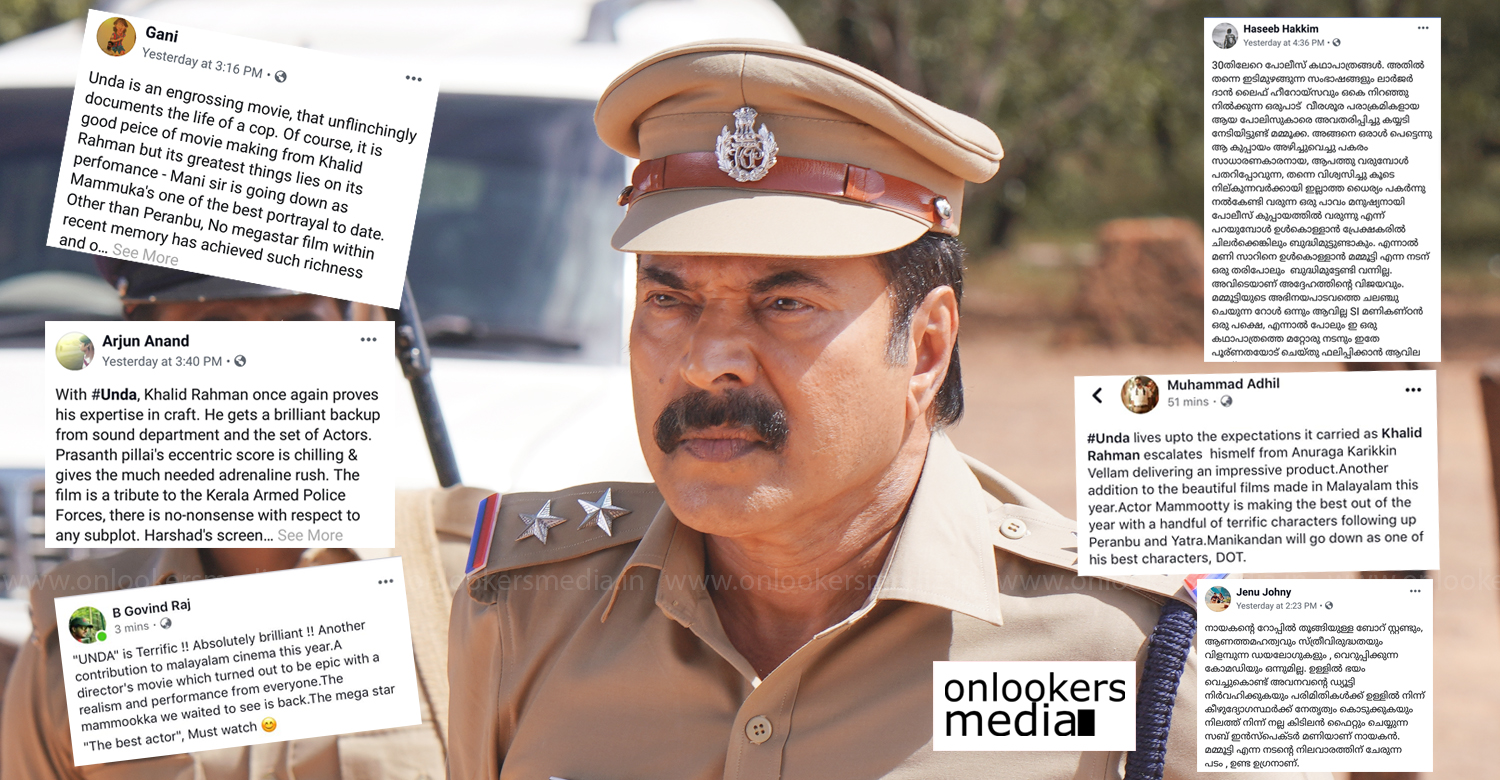 Amidst high expectations, Mammootty starrer Unda hit screens last day. Going by the initial response, the movie has well and truly managed to live up to the hype. Right after the first show, Malayali social media circles were abuzz with positive talks about the movie. It seems like the movie has impressed both the critics and common audience alike.

Directed by Khalidh Rahman, ‘Unda’ tells the story of an unit of policemen from Kerala who are posted in the Maoist-prone areas for election duty. The movie is inspired from some real life incidents that occured during the 2014 Lok Sabha elections. Story is by director Khalidh himself while screenplay is penned by Harshad.

Mammootty’s performance as sub Inspector Mani is getting him widespread appreciation. The actor, who is well known for playing forthright no-nonsense cop roles, has gone the other extreme this time as Mani is this ordinary policeman without any sort of unbelievable heroism associated with him. He behaves and reacts just like any other normal policemen we see around us. That makes the character instantly likeable and it is very refreshing to see Mammootty in a role without any starry-gimmicks.

If the initial response is anything to go by, ‘Unda’ gives Mammootty’s second consecutive hit in Malayalam after the blockbuster, ‘Madhura Raja’. ‘Unda’ is definite to continue its good run for the next few weeks.