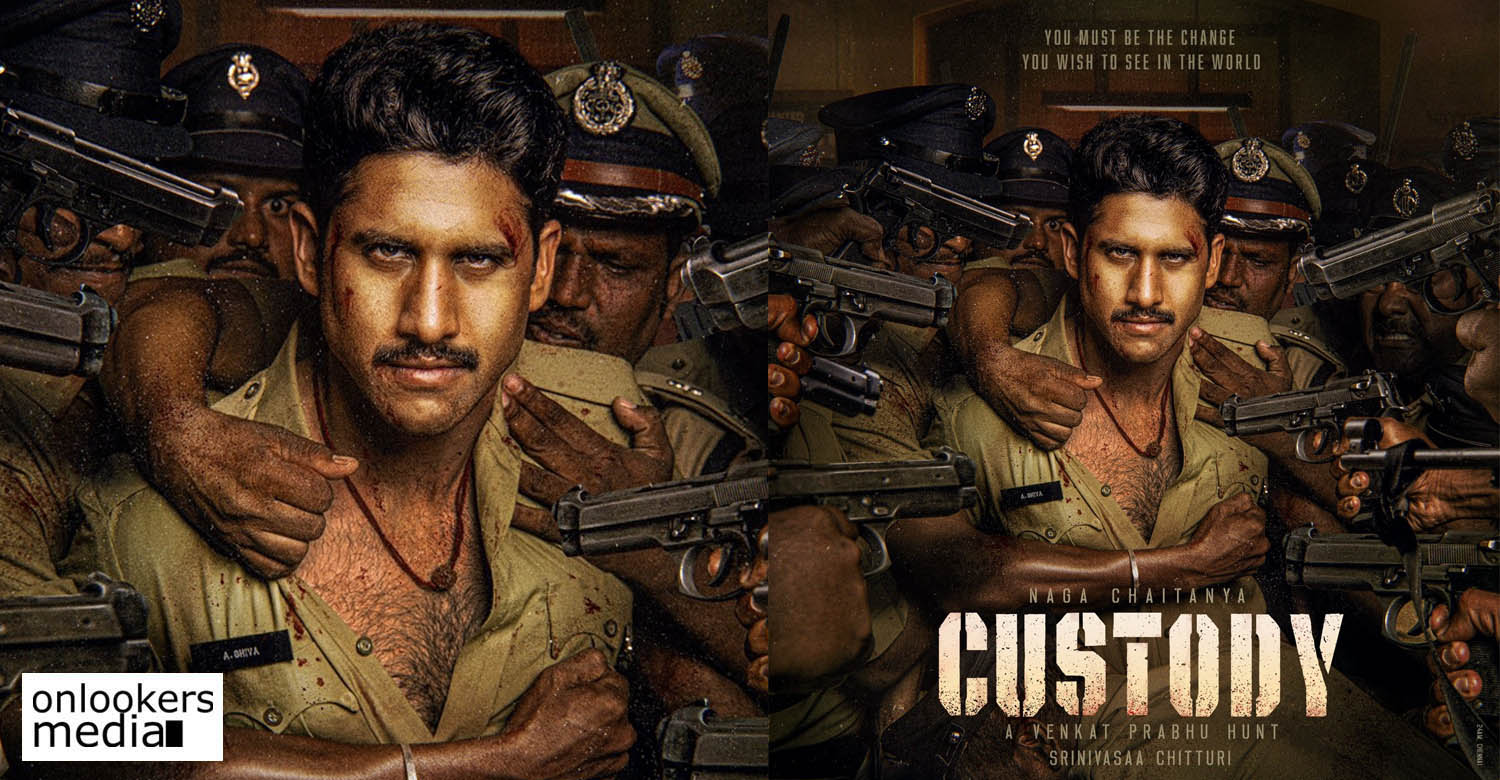 We had earlier reported about Tamil filmmaker Venkat Prabhu teaming up with Telugu star Naga Chaitanya for a Tamil-Telugu bilingual. The project has been titled ‘Custody’ and its first look is out. The poster features Naga Chaitanya is a cop who is held captive on gunpoint by other policemen. Krithi Shetty of ‘Shyam Singha Roy’ fame is the female lead. 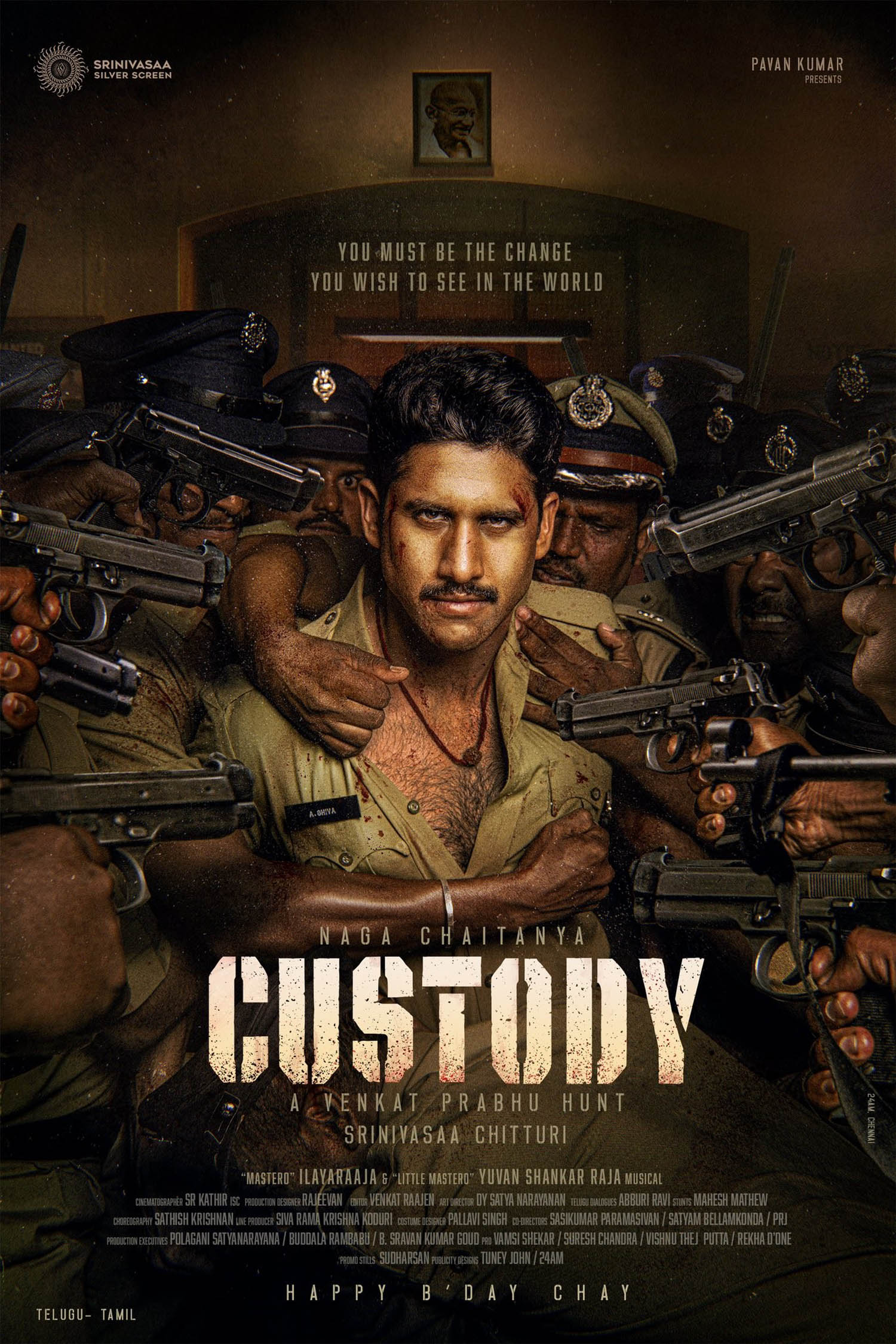 After ‘Custody’ Venkat Prabhu has plans to remake ‘Maanaadu’ as a Telugu-Hindi bilingual. Interestingly, the films have different heroes for each language but the same villain. Details regarding the casting are not yet out.