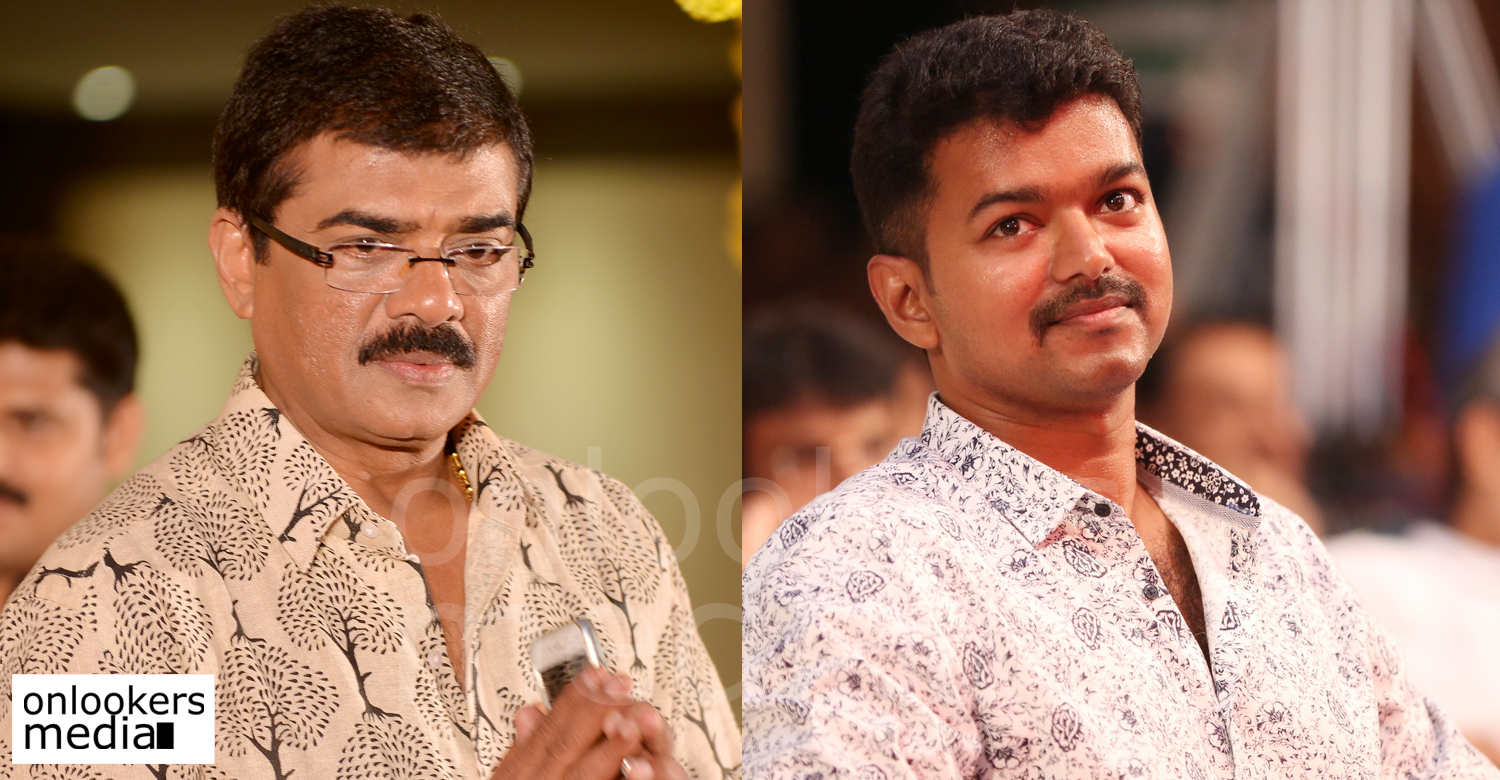 Popular Mollywood actor Vijayaraghavan is all set to share screen space with none other than Ilaya Thalapathy Vijay and he will be playing a Malayali character as well in this movie. It will in the Bharathan directorial movie which had already started filming. The film is not titled yet and Mollywood actress Keerthy Suresh is playing the female lead in it.

Vijayaraghavan is playing the father character of an engineering student and the film revolves around the investigation of the murder of that student, says Vijayaraghavan. He said that there are restrictions to reveal more about the plot.

He is acting in Tamil after 20 years and his first Tamil film was the Tamil remake of his Malayalam Super Hit Ramji Rao Speaking. Fazil had directed it in Tamil. According to Vijayaraghavan, people who are working in Tamil film industry, is very much updated about all other film industries in South India and they gives ultimate respect to artists from other industries. Vijayaraghavan says that we have to learn from them.

Bharathan had earlier directed Azhakiya Tamil Magan with Vijay in the lead and there were some reports coming in that Vijay may be playing dual role in this flick. The film will release on pongal next year. VVijayaraghavan’s upcoming movies will be Adoor Gopalakrishnan-Dileep movie Pinneyum and Murali Gopi-Dileep movie Kumarasambhavam . He said that he loved the character he played in Ranjith’s Leela recently.

After Anarkali, Prithviraj-Sachi team to unite again
Kabali got 223 crores even before its release !
To Top