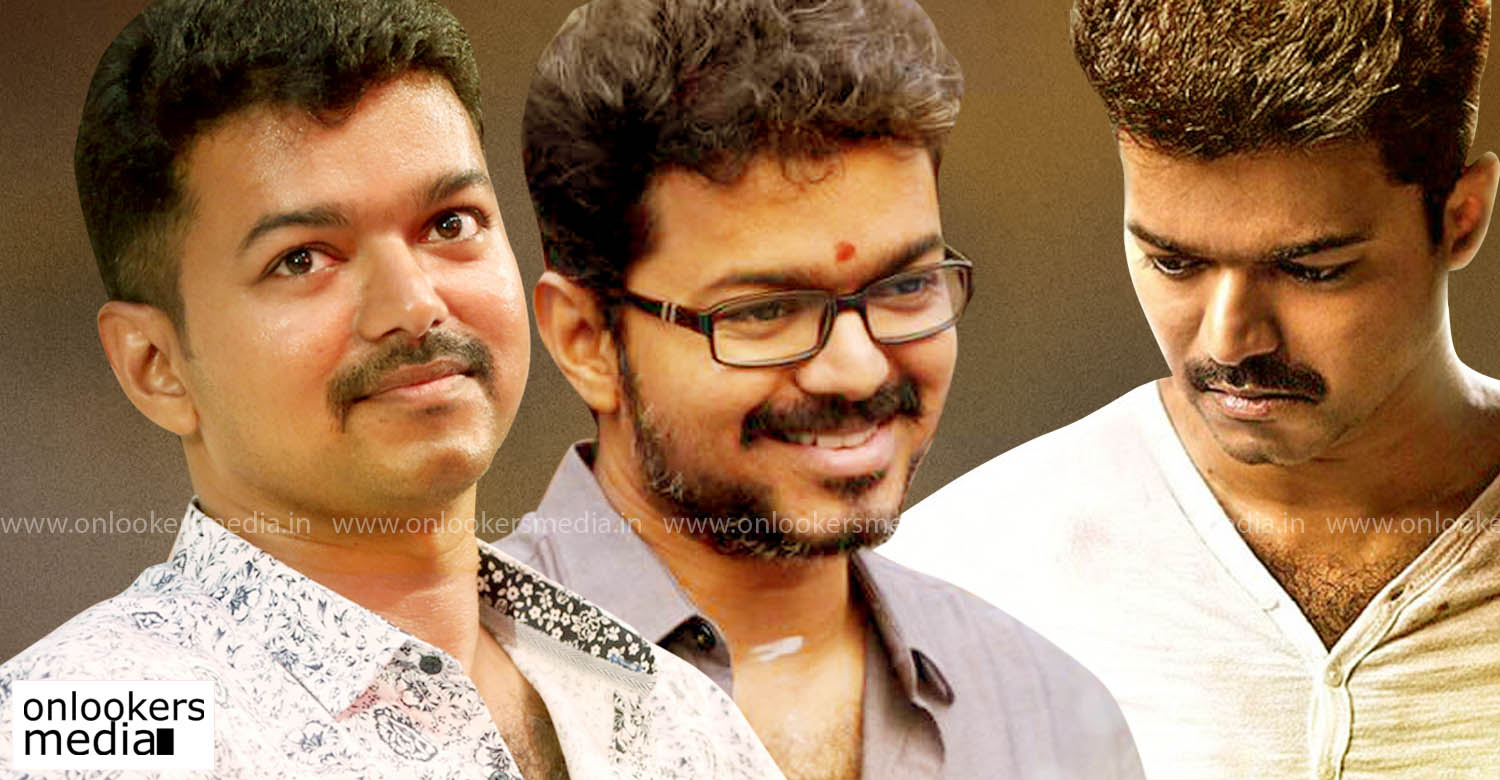 Vijay 61 : Vijay to play triple roles in Atlee’s next

We had told you that Ilayathalapathy Vijay is currently shooting for his next with Theri director Atlee. The latest buzz is that Vijay is playing triple roles in the movie!

One of the roles would be as a police officer while other two parts are still kept under the wraps. Though he has acted in a few double action roles in movies like Kaththi, Villu and Azhagiya Thamizh Magan, this is the first time he is playing a triple role in his two decade long career.

The movie is a semi period drama with a major portion of the movie set in the 80s timeline. This portion is reportedly set in the Madurai area. The team has erected a huge set in Chennai and have been shooting there for the past on month. The actor is sporting a twirled moustache and beard for this schedule.

Earlier there were reports that some portions of the movie are set abroad and that the team will be travelling to UK and US for an extensive schedule.

KV Vijayendra Prasad who has written big budget blockbusters like Baahubali and Bhajrangi Bhaijaan has written the screenplay for the movie. Academy Award winner A R Rahman is the music director while debutant GK Vishnu is handling the cinematography. Ruben is in charge of the cuts. The movie is produced by Sri Thenandal Films.