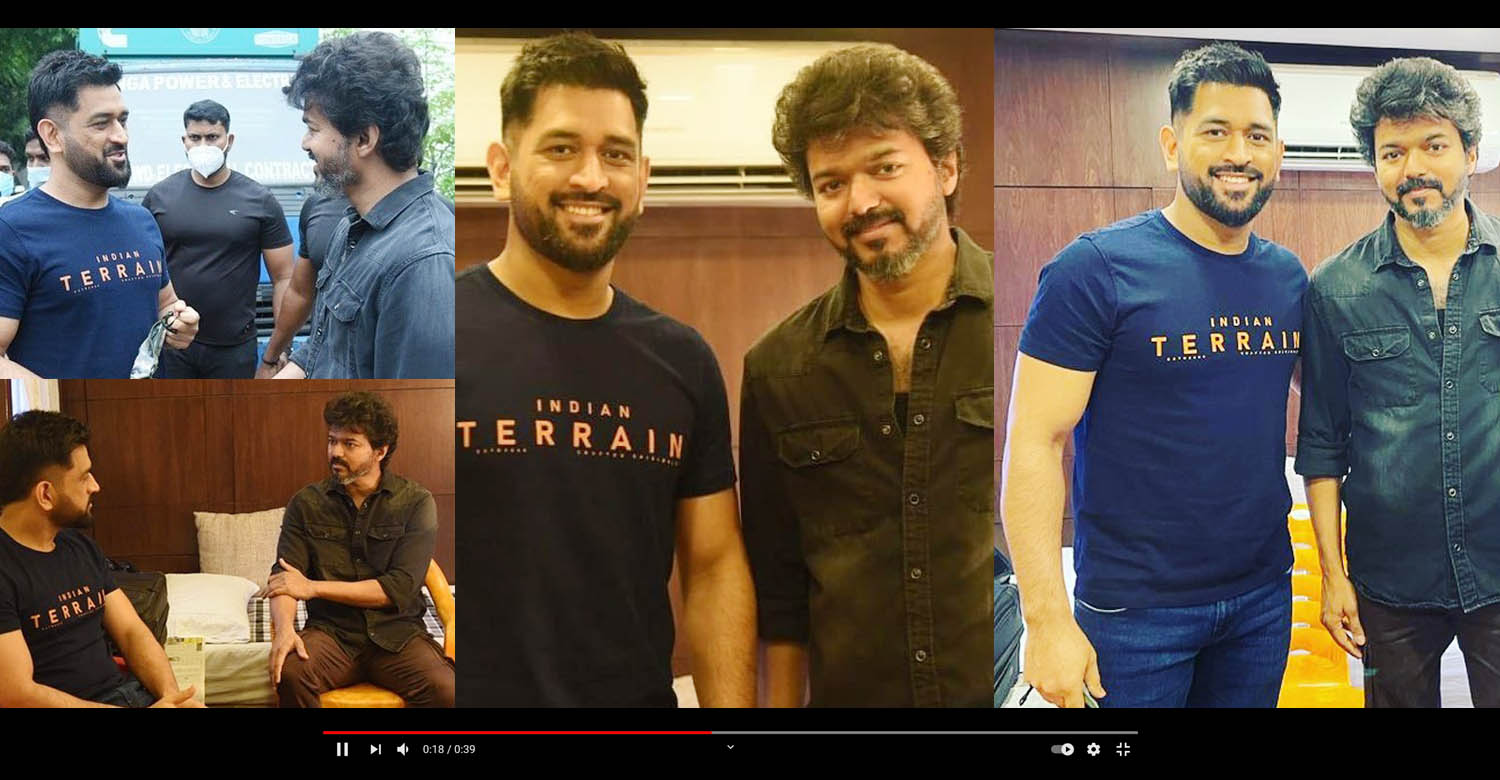 Tamil superstar Vijay and former Indian cricket captain Mahendra Singh Dhoni met today at Chennai. Both of were shooting in nearby sets put up at the Gokulam Studios. While ‘Thalapathy’ Vijay was shooting for his upcoming action film ‘Beast’, ‘Thala’ Dhoni was there for an ad shoot. The latter then came over to meet and they had a quick chat in Vijay’s caravan. Photos of the rare Thala-Thalapathy meet have already gone viral in social medias. On the work front, Vijay has been shooting for ‘Beast’ for the last one month. Directed by Nelson Dilipkumar and produced by Sun Pictures, the film promises to be a big-scale mass entertainer. Pooja Hegde, Selvaraghavan, Shine Tom Chacko, Aparna Das and Yogi Babu are also part of the cast. The team is planning to head to Europe for the next schedule. Meanwhile, MS Dhoni and his CSK side will soon be flying to UAE for IPL 2021 which resumes from September 19.

Solid star cast in Dulquer Salmaan’s upcoming Hindi film
Dulquer Salmaan is one of the most charming actors in Indian cinema today: Balki
To Top