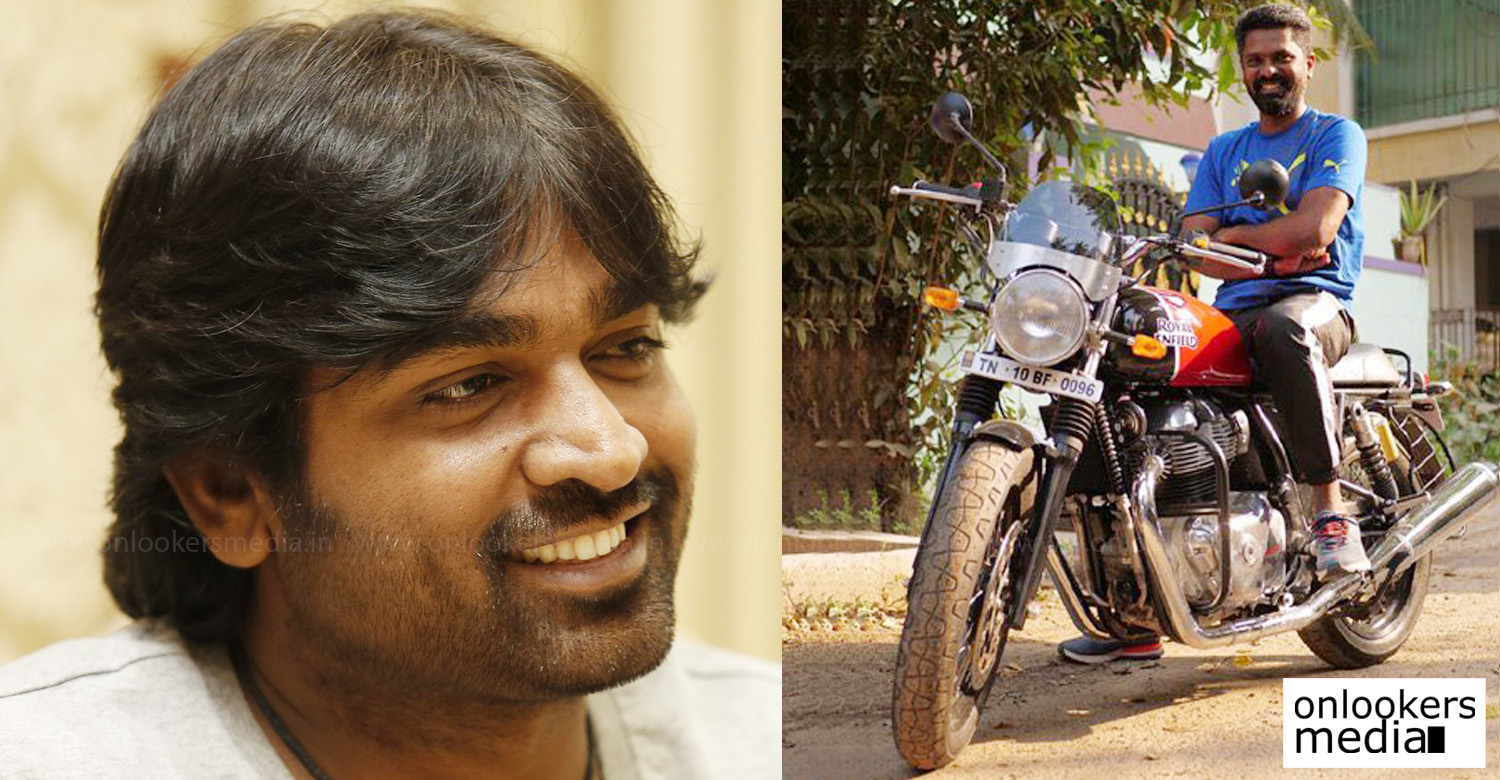 Vijay Sethupathi gifts a Royal Enfield bike to his 96 director!

’96’, the romantic drama starring Vijay Sethupathi and Trisha is one of the most widely loved movies in recent years. Releasing last October, the movie emerged as a sensational blockbuster, not just in Tamil Nadu, but all across the South. Directed by cinematographer-turned-filmmaker Prem Kumar, ’96’ tells the poignant tale of two childhood sweethearts who get to meet after two decades for a school reunion.

Vijay Sethupathi and Trisha played the lead roles while their younger versions were essayed by Aditya Bhaskar and Gouri Kishan respectively. Last day, the team had a grand 100 Days celebration in Chennai. Along with the movie’s cast and crew members, several other prominent names from Kollywood attended the event.

As a token of love, Vijay Sethupathi gifted a Royal Enfield bike to his director. Not just that, the actor also got the bike registered with the number plate ‘0096’. Prem and Vijay Sethupathi have been friends for a long time. It is worth mention that the two have worked together previously in ‘Naduvula Konjam Pakkatha Kaanom’, where Prem Kumar was the cinematographer. Needless to say, it is gestures like these that make Vijay Sethupathi such a crowd favorite.

Meanwhile, Prem Kumar is set to direct the Telugu remake of ’96’ with Sharwanand and Samantha in the leads. The story has an universal appeal and so the makers are hopeful that it will be lapped up by the Telugu audience as well. The Kannada remake of ’96’ has already started rolling. The movie titled ’99’ has Ganesh and Malayali actress Bhavana in the lead roles. Preetha Gubbi is directing the film