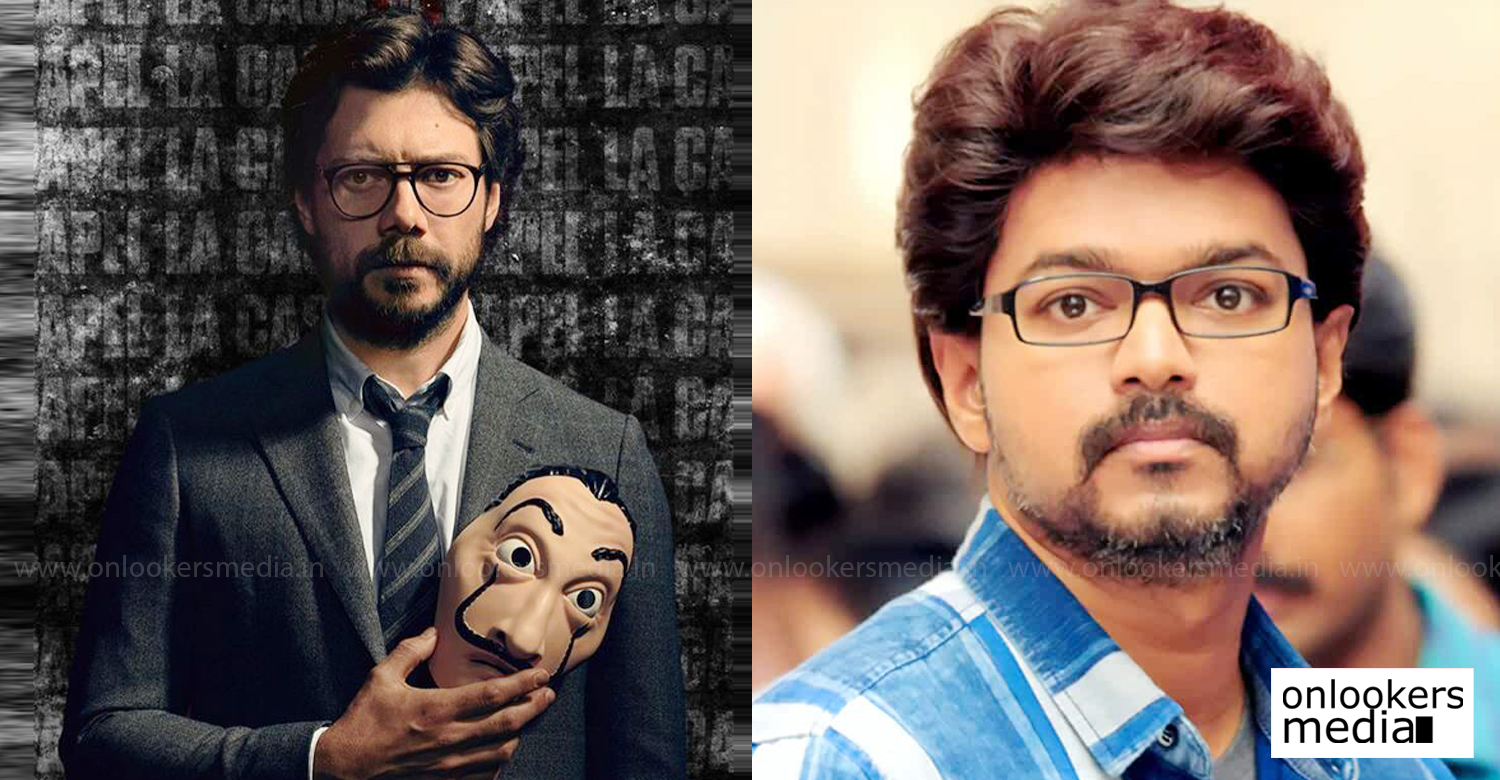 The Covid-19 pandemic has had telling impact on the lives of many. Celebrities who are used to being busy with travel and shoot all through the year have now been confined to their spaces for over four months now. Many are finally getting time to spending time with families and catching up on films and web series that they had to miss during their busy pre-Covid days.

Tamil superstar Vijay is said to have rarely stepped out of his house during this lockdown phase. Reportedly, he is spending his lockdown days by watching the popular web series ‘Money Heist’. It seems like he has become a big fan of the Spanish show. Vijay is also said to be enjoying watching Mani Ratnam’s old classic films.

Meanwhile, the star’s fans are still eagerly waiting for the release of ‘Master’. The film was scheduled for release in April but the virus outbreak spoilt all the plans. There is still no confirmation regarding when the film will release.