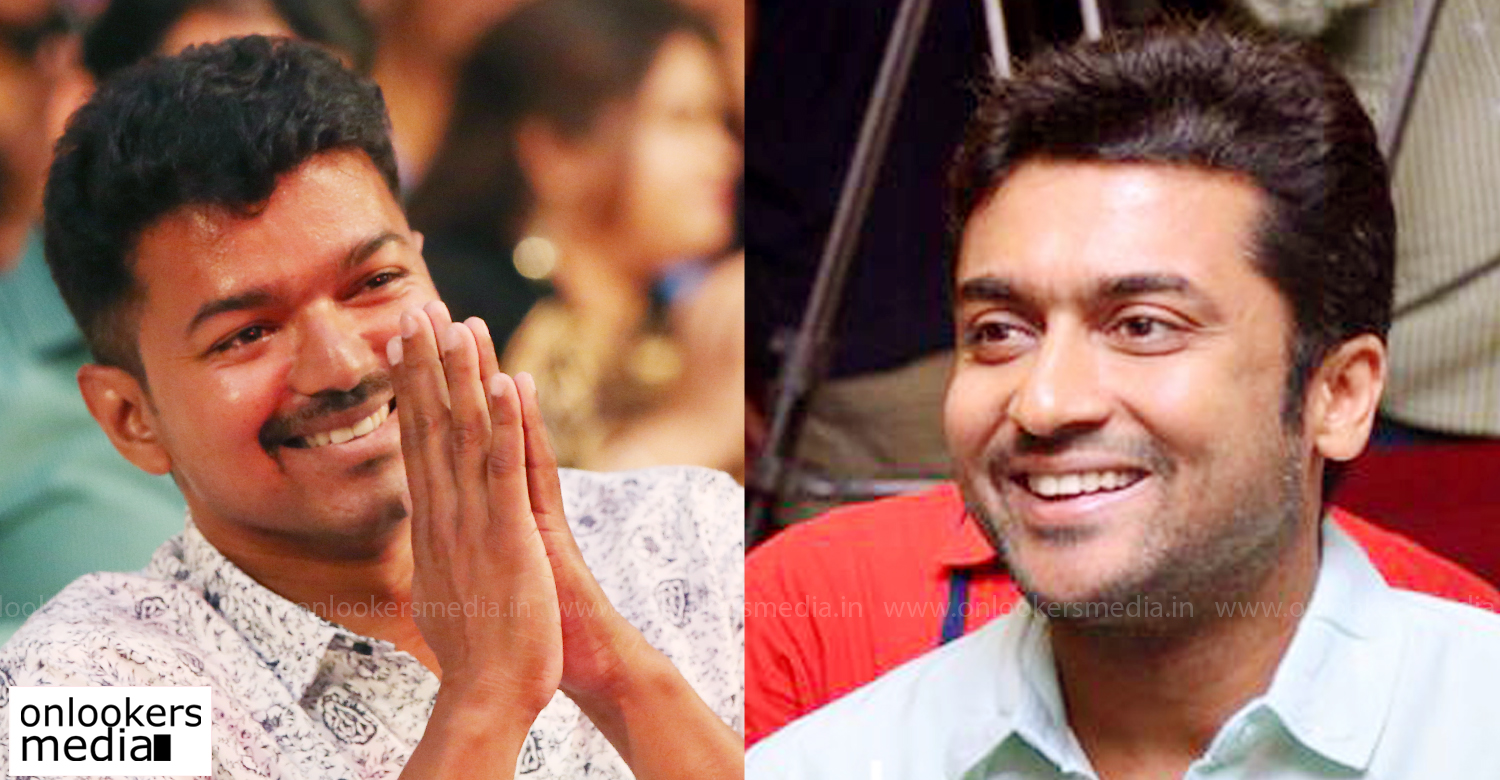 Suriya was in Kerala last month for the promotions of his latest release Singam 3. The actor met his fans and press people in Trivandrum. While waving to his fans he had noticed a handicapped person in the crowd and met him. The physically challenged person was a Vijay fan, who presented Suriya with a gift and asked him if he could pass it to actor Vijay. Suriya without any hesitation or ego accepted it and also promised to deliver the gift to Vijay. This nice gesture by Suriya was reported widely in online medias.

Apparently, the physically challenged fan’s gift has now reached Vijay’s hands. A member close to Suriya’s production house 2D Entertainments had personally met Vijay and handed over the present to him.

When Behindwoods contacted him, he said, “I had called Vijay sir’s manager and he arranged for a meeting with sir. I met him at the shooting spot of his ongoing film. Vijay sir received the gift with a smile and also thanked Suriya for the wonderful gesture. Since he was in a surprise new makeover, we did not click a picture.”

I am a very fortunate actor: Mohanlal
Vishnu Unnikrishnan to play a pivotal role in Mammootty’s next
To Top