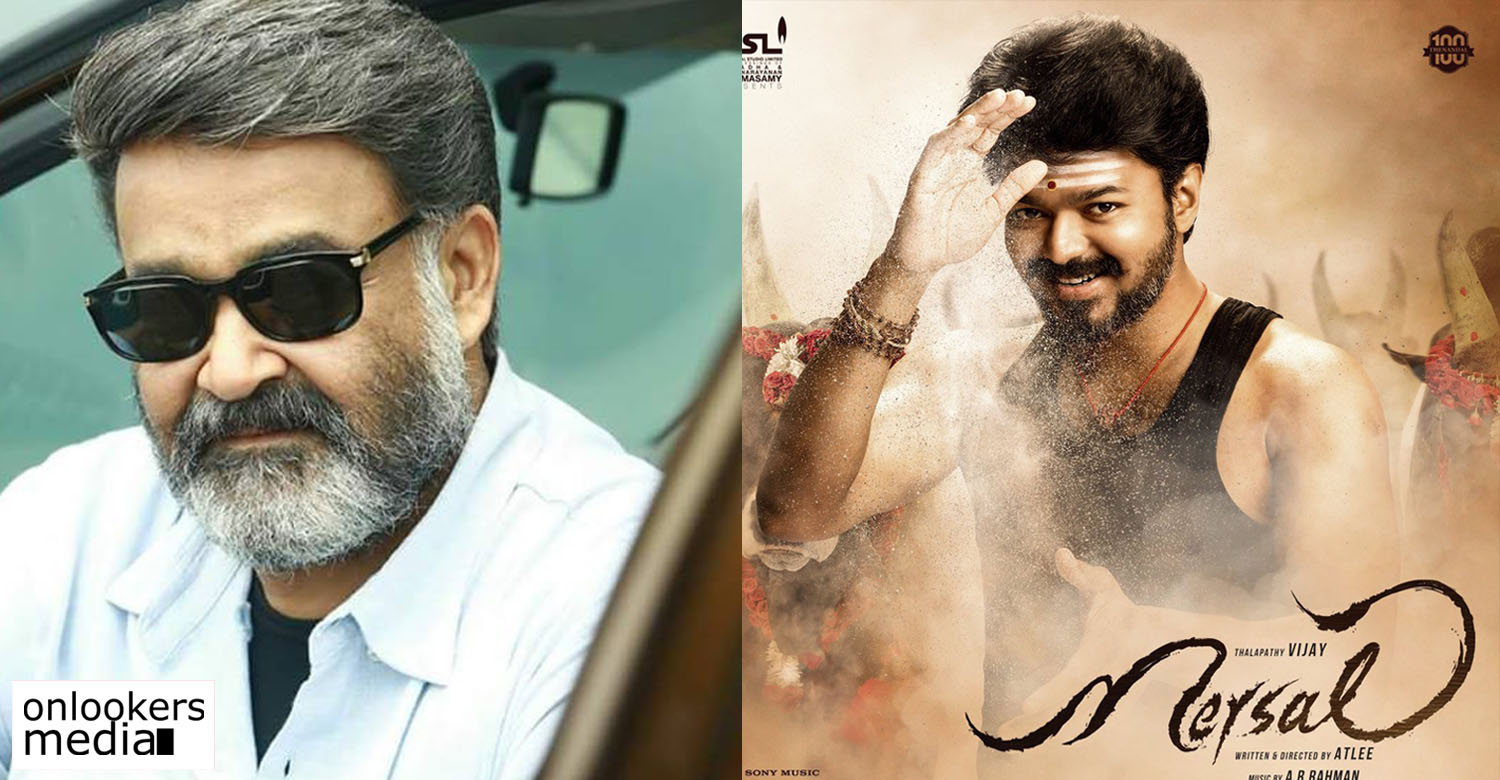 Vijay’s Mersal and Mohanlal’s Villain to clash this Diwali

Vijay and Mohanlal are unarguably two of the most popular stars in Kerala. According to latest reports, the two superstars will be locking horns at the box office this October. The former, despite being a non-Malayali actor, enjoys a huge fan following in the state. Vijay’s movies garauntee a massive opening and they have often toppled the opening days figures of the big M films.

Vijay’s Mersal is gearing up to hit screens worldwide this Diwali. The movie is highly anticipated by the Malayali audience as well. On most occasions, filmmakers in Kerala schedule their releases to avoid a clash with Vijay’s movies. However, if reports are to be believed, Mohanlal’s Villain is also being planned as a Diwali release.

Trade analyst Sreedhar Pillai tweeted about this massive face off in the Kerala Box Office. His tweet reads,

@Mohanlal ‘s #Villain release date will be Oct 19 and it will take on #Vijay’s #Mersal releasing on Oct 18, in the key Kerala market

The makers of both the movies are yet to officially announce the release date. Mersal, directed by Atlee stars Vijay in a triple role. Samantha, Kajal Agarwal and Nithya Menen play the female leads. The movie has it’s music composed by AR Rahman. Mersal’s official teaser will be releasing tomorrow (September 21).

On the other hand, Villain also is a highly anticipated movie. The promos and trailer have all been very impressive, and has enhanced the expectations. This B Unnikrishnan directorial also stars Vishal, Hansika, Srikanth, Raashi Khanna and Manju Warrier in major roles. Rockline Venkatesh is producing this movie under his banner of Rockline Films.

This Diwali, the Malayali audience will have a tough time in choosing between these two biggest ticket films.