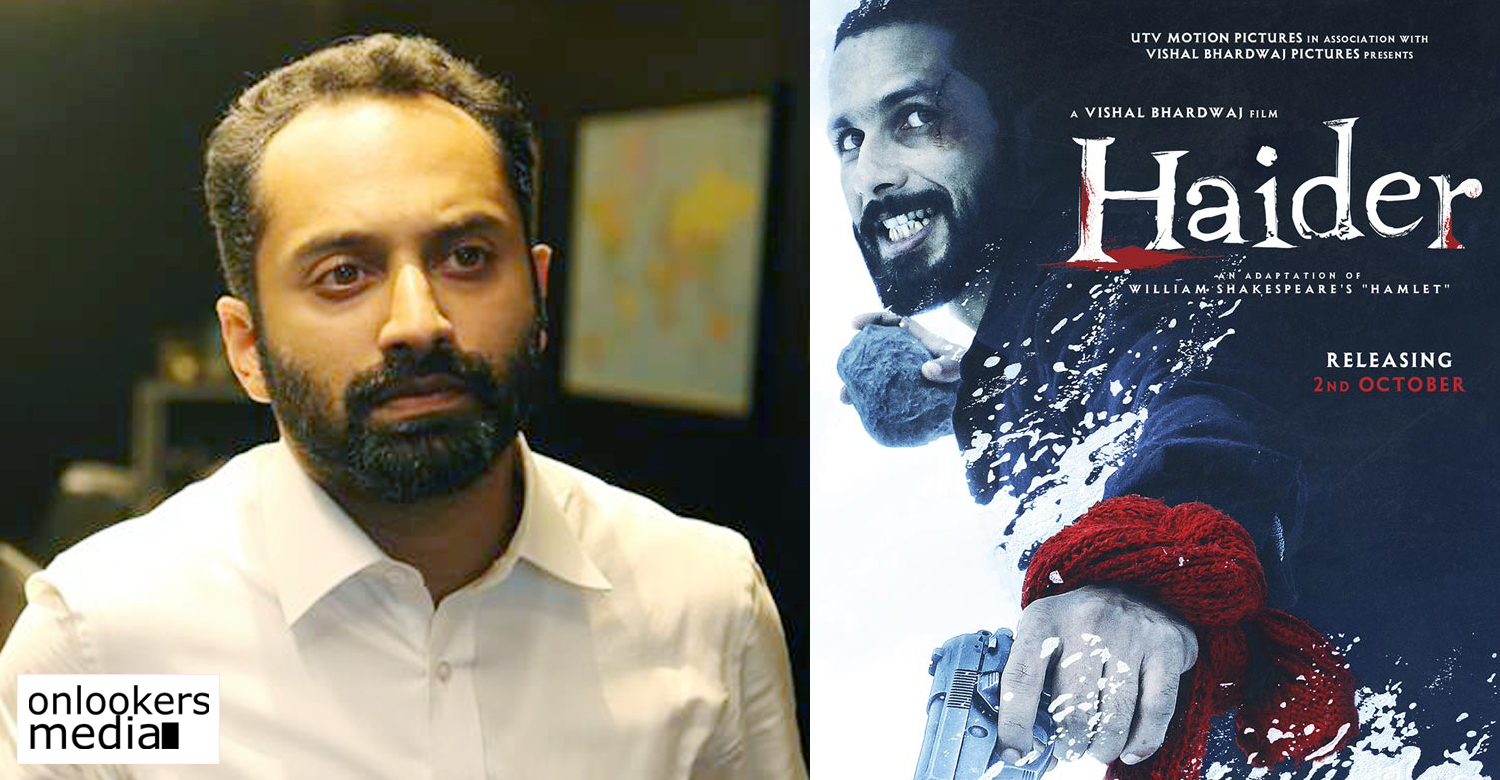 Vishal Bhardwaj to compose music for Fahadh Faasil’s next

We had earlier told you that Fahadh Faasil will be teaming up with popular cinematographer turned filmmaker Venu for an upcoming movie titled as Carbon. Mamta Mohandas is playing the female lead in this movie.

The movie will be a raw suspense thriller, set in the backdrop of forests. It is reported that the movie will discuss about the climate change and it’s consequences. Fahadh is playing the role of Sibi, a rustic youth in the movie.

National Award-winning filmmaker and music director Vishal Bhardwaj will be composing the music for this movie. He is returning back to Mollywood after a gap of 19 years. His last movie in Malayalam was Venu’s debut directorial Daya starring Manju Warrier in the lead.

Vishal Bhardwaj is one of most celebrated director-composers in Indian cinema. He is a recipient of seven national awards in four different categories. His Willaim Shakespeare adaptation trilogy- Omkara, Maqbool and Haider has won several national and international awards. Vishal’s latest directorial Rangoon starring Kangana Ranaut, Shahid Kapoor and Saif Ali Khan in the lead roles did decent business in the box office.

Venu has also roped in acclaimed cinematographer K U Mohanan to handling the camera for this Fahadh Faasil starrer. K U Mohanan is currently working on Shah Rukh Khan’s latest film with Imitiaz Ali.

Exciting releases this summer
Prayaga Martin’s show of arrogance in shooting set; social media turns their ire against the actress
To Top