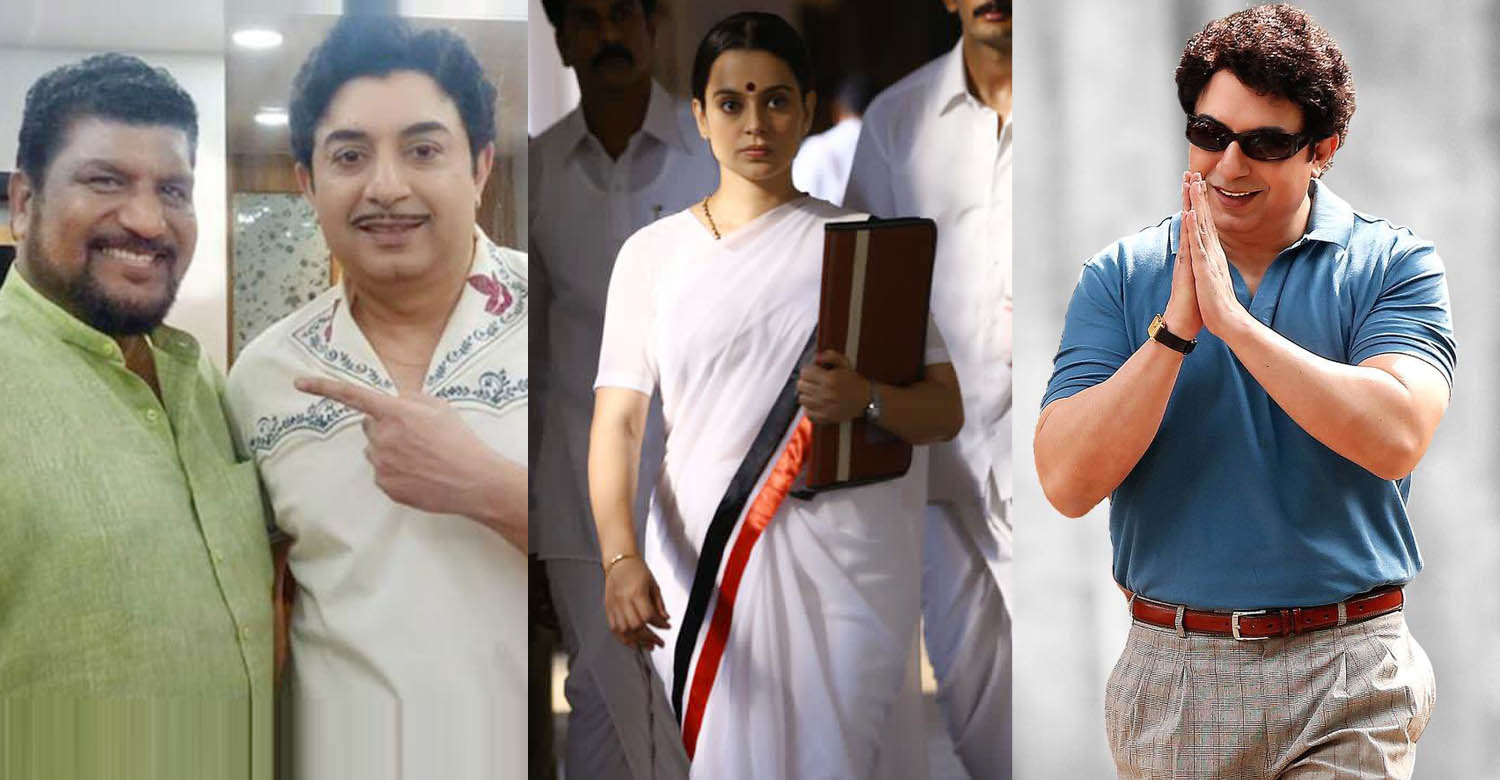 It’s a wrap for Thalaivi; Arvind Swamy thanks makeup artist Pattanam Rasheed for helping him get the MGR look right

Late Tamil Nadu Chief Minister J Jayalalithaa is getting a biopic made in Tamil and Hindi as ‘Thalaivi’. Bollywood actress Kangana Ranaut plays the lead role in the film and AL Vijay is directing it. Arvind Swamy is also essaying a major role as MGR. After being in the making for over a year, the makers have finally wrapped up shoot.

On the last day of his shoot, Arvind Swamy took to his social media handle to share a photo in which veteran Pattanam Rasheed is seen applying makeup on him to look like MGR. The actor thanked Rasheed for helping him to get as close as possible to the beauty and charm of MGR. His tweet reads,

The man working his magic on me for the last time in this film to get me as close as possible to the beauty and charm of Puratchi Thalaivar – ty Rashid sir..🙏 Last day of shoot #Thalaivi

Earlier on MGR’s birth anniversary, the makers had shared a teaser featuring MGR’s popular song ‘Naan Ungal Veetu Pillai’ with Arvind Swami’s performance in it. The actor looked strikingly similar to MGR and it was the National-award winning Pattanam Rasheed who was behind the look.