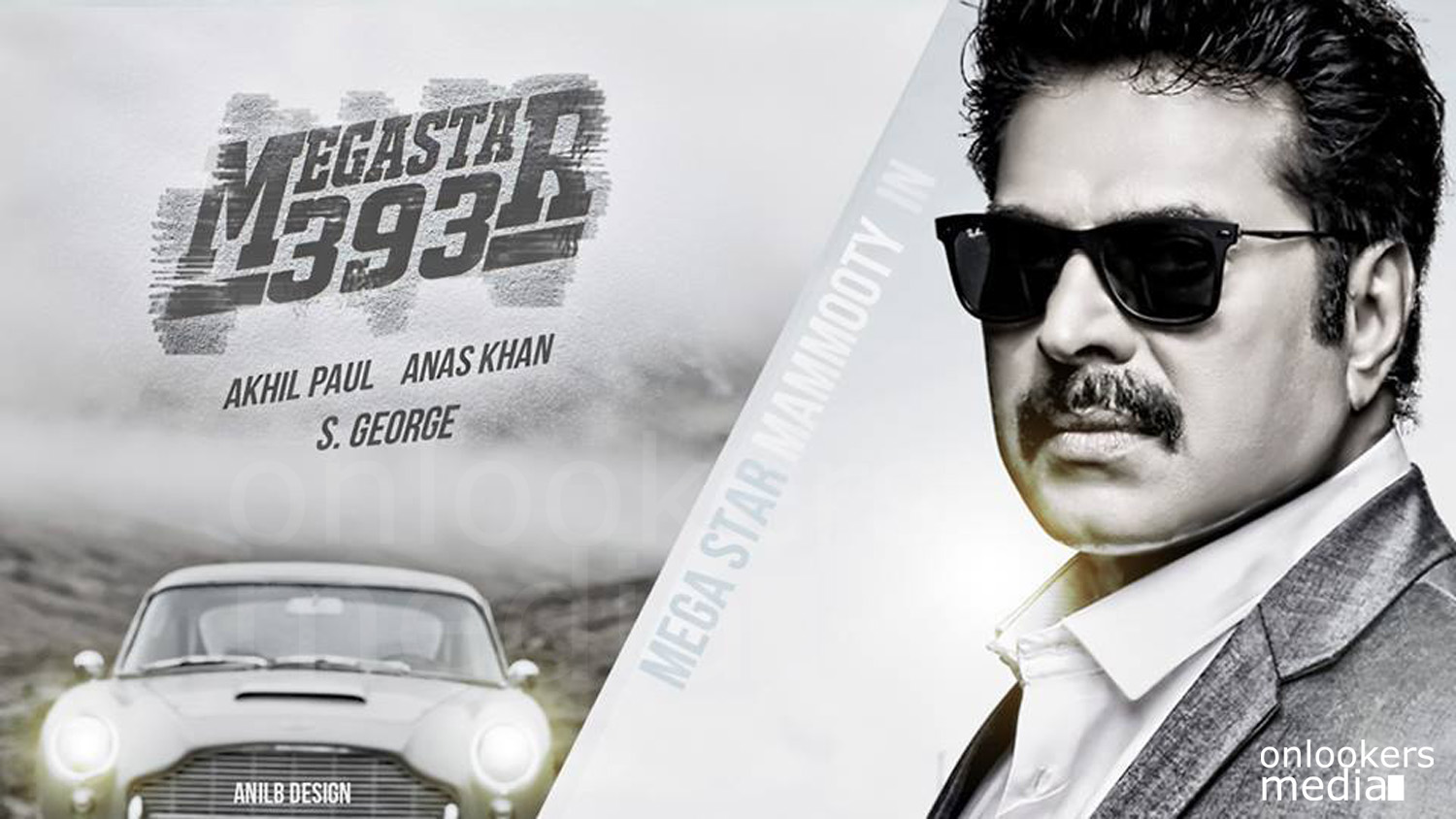 Mammootty, the Megastar of Mollywood’s upcoming flick Megastar 393 is on its pre-production stage. The movie name is still not officially confirmed but sources says that the team has planned the name but it’s not officially announced till now. This untitled project Megastar 393 is based on a police investigation story as we have reported earlier. The movie will be directed by Akhil Paul along with Anas Khan. Akhil Paul debuted as a scriptwriter with the movie 7th Day starred Prithviraj directed by Syamdhar. Like the previous director duos Lal- Siddique, Rafi- Mecartin, Akhil Paul- Anas Khan will be also a much expected director duo. Since the movie is on its progress in utmost secrecy not much details are revealed about the movie.

The movie is creating high expectation for all the movie lovers that Mammootty will be seen in a new getup for this movie. Mammookka’s new release Pathemari will be released by next week after his Onam release Utopyayile Rajavu which did not create much movements in the Box Office. Megastar 393 is Mammootty’s 393rd movie in his acting career.

As per reports the movie will start its shoot by January and it is expected to be released on the eve of Vishu. The Screenplay and Script is written by Akhil Paul and Anas Khan. Mammootty is said to be playing the role of an investigation officer in the movie. Mammookka has earlier acted in many investigational based movie like the CBI series, The King, The Truth, Rakshasarajavu, August 1 and so on. So the expectations are really high that this untitled project Megastar 393 will have Mammookka’s exceptional performance as an investigation officer.

Mammootty’s next release Pathemari is directed by Salim Ahamed. Now he is busy with the shoots of AK Sajan project named Puthiya Niyamam along with Nayanthara. The movie is dealing with a social issue and is considered to be a thriller as per reports. The movie was first titled as Solomante Koodaram and was later changed as Puthiya Niyamam. Mammootty is playing the role of Louis Pothen and Nayanthara is playing the role of Louis’s wife Vasuki. After this Mammootty’s will start his next flick White directed by Uday Ananthan. This movie will have a romantic touch to it and in the female lead we have Trisha Krishnan pairing up with Mammootty. The movie is said to be produced by Eros International and is on its pre-production stage.

So it’s all the way thrillers for Mammookka, when Akhil Paul, Anas Khan join hands with Mammootty for their Megastar 393 it will surely have something special in it. After the release of 7th Day there were news regarding Akhil Paul coming up with a new project during that time and now the reports are confirming that its Mammootty who has given that golden chance for Akhil Paul and Anas Khan to test their luck on direction.