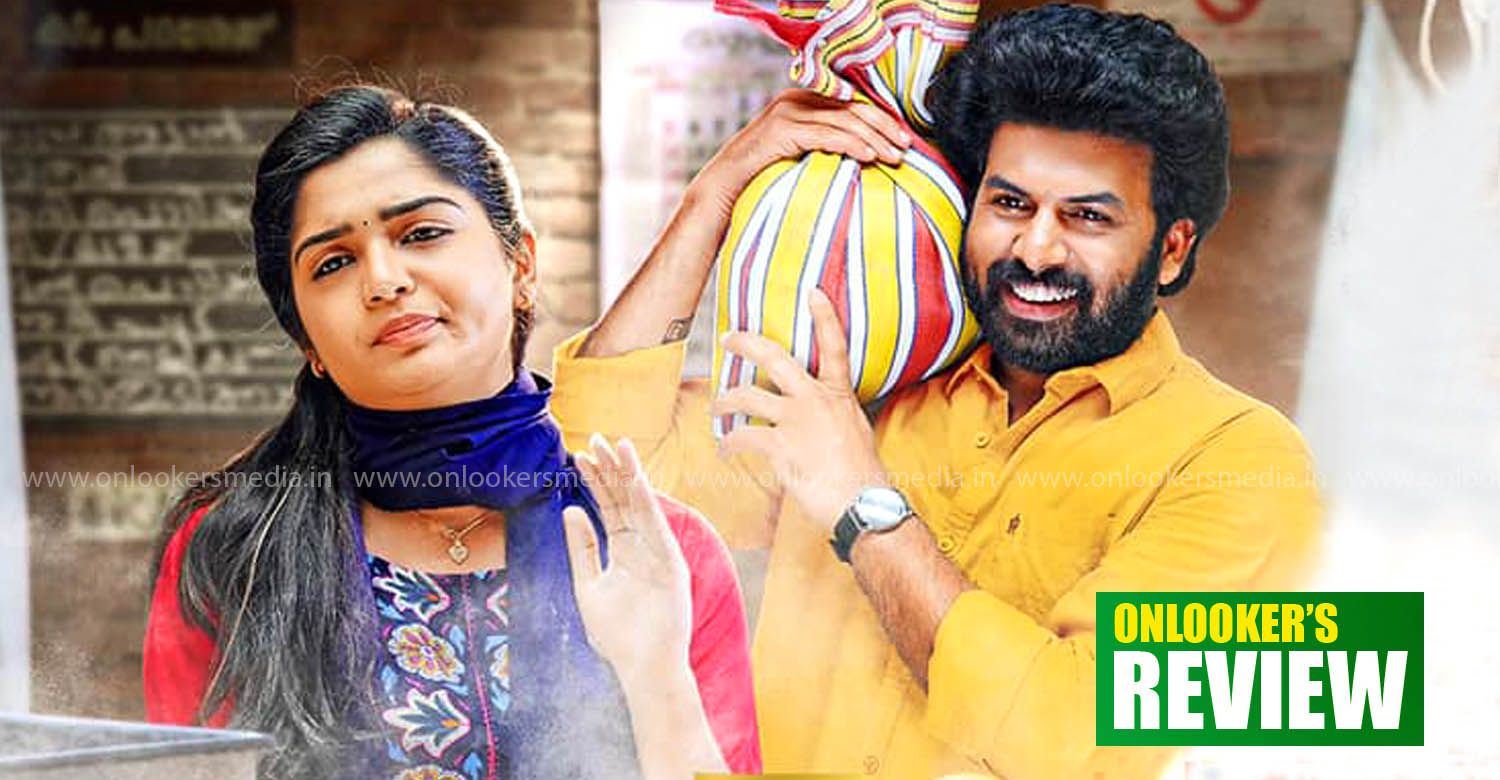 ‘Anugraheethan Antony’ starts off intriguingly with an accident scene, the visuals of which are not shown. Though the sounds of vehicles passing by and honking horns, we get to know that something drastic has happened. Someone has passed away and it takes us back when the revelation is made. So the first 10 minutes is arresting and we are left guessing as to what follows next. From there, the narrative travels back and forth following the protagonist Antony’s story.

Sunny Wayne as Antony is a loafer who spends his time hanging around with friends, much to the disappointment of his father, a retired school teacher. After his mother’s passing away, Antony is pampered by his father and his aunt’s loving family, who live next-door. To teach him about the worth of faithfulness, his father buys a couple of pet dogs and takes care of them like his own kids. Antony can’t stand the dogs and is always rude to them. The dogs later play a major part in his life. Antony also comes across a girl named Sanjana. After some regular boy-meets-girl and trying-to-woo-her sequences, occurs the unexpected. It is somewhat a bumpy ride from there but lands on an impactful emotional ending. The storyline of ‘Anugraheethan Antony’ has an emotional core, which is cautiously translated on screen by the debutant director Prince Joy. With the help of some lovely visuals and excellent music, a sense of warmth and goodness is maintained throughout. Sunny Wayne’s character has two shades and he has done pretty well to fit in as Antony. As the main lead, Sunny has shouldered the film well. Gouri Kishan, as his romantic interest, has also played her part neatly. The ever-trustable Siddique puts on another fine performance. Manikandan Achari, Muthumani and Jaffer Idukki were also equally impressive. One of the best moments in the film belongs to Suraj Venjaramoodu, who like that hard-hitting cameo appearance in ‘Action Hero Biju’, tugs your heartstrings despite the limited screentime.

Overall, ‘Anugraheethan Antony’ makes for a good watch with families. It has almost all the elements a normal cine-goer would look for — comedy, romance, great music and some really moving moments.