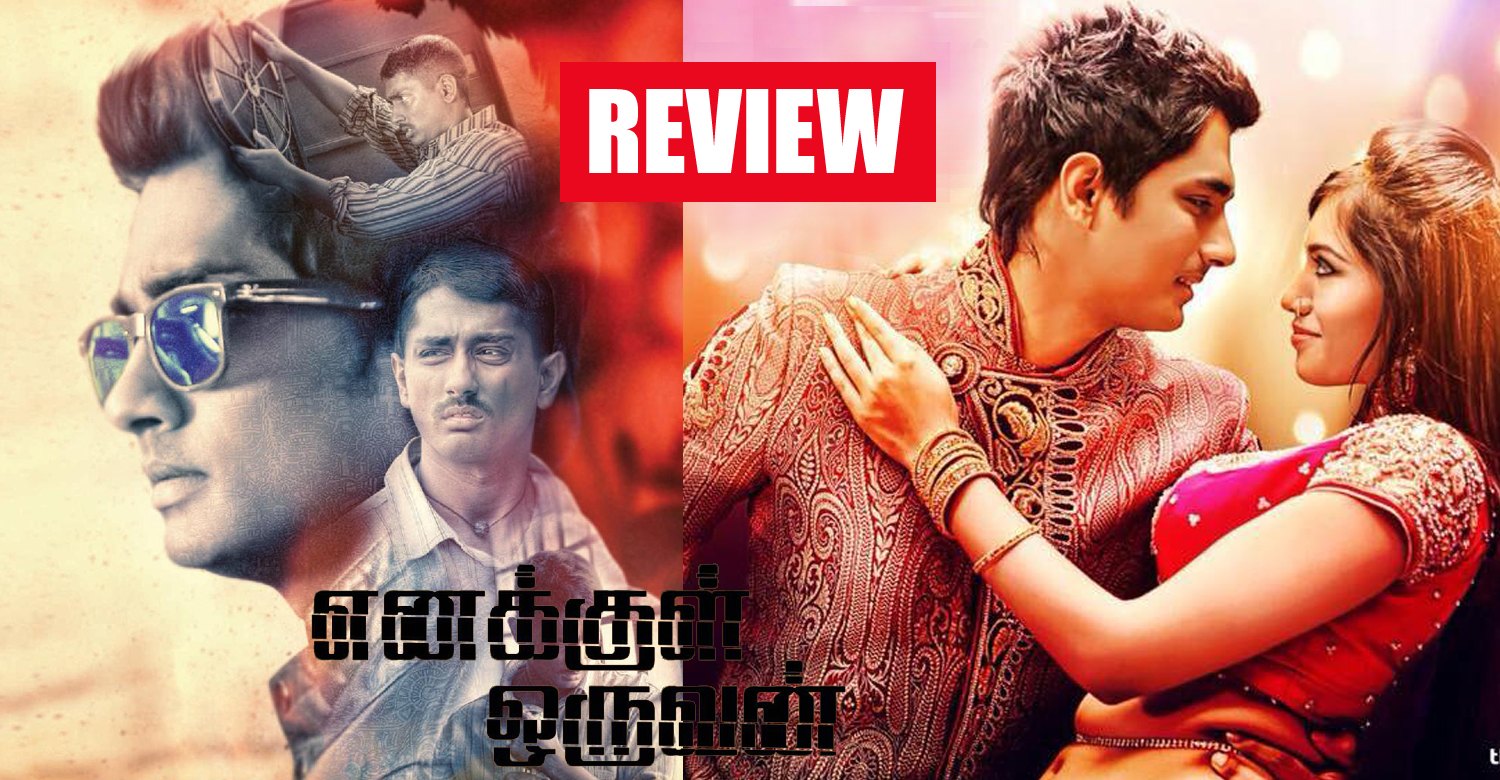 The remake of the Kannada movie Lucia, ‘Enakul Oruvan’ in Tamil hasn’t done much justice to the original. Yes, and when a retake of the movie is done the original take is always in the comparison. Starting with the characters- Siddharth plays the lead role. He plays the role of Vicky and Vignesh. The actor we saw in Kaaviya Thalaivan with a one word glamorous to describe is in a de-glam for the role Vicky. He is in a tanned makeup. Well for the audience sometimes it’s not the character played but the de-glam make up their stars put on, is where the attention goes. The female role is played by Deepa Samidhi as Divya. Deepa Samidhi is portrayed well and her acting skills tell it all.

Next coming to the story the characters Vicky and Vignesh are dichotomously played by Siddharth. While Vicky is portrayed as a loser, Vignesh is a superstar. The movie can be aptly called  “a waking dream wish fulfillment”. Vicky suffers from sleeplessness in the start and so Vajravelu(John Vijay) a scientist offers him a pill Lucia.

Lucia helps Vicky sleep well and it makes him dream about the life he wants to live. He is taken into a life where he is Vignesh and is living a life of a superstar. While Vicky is shy to tell his love to Divya, his transition into Vignesh makes Divya his. The story unfolds and somewhere in between Vignesh happens to look at a mirror and see Vicky in it, and then he again slips back into reality.

Yes at the end, the audience stands up to say that this stuff happens only in the movies but the way the story is projected make the audience glued to it. The director of the movie has tried hard to stick close to the original but if you have watched Lucia you will find a number of potholes. Keeping the comparison apart, ‘Enukul Oruvan’ is a good attempt. For a genre of this kind, screenplay and photography has a lot to do with. Screenplay and photography has scored an average. The song  Prabhalamagavey and other background music is done well and is a highlight. On a positive note, the movie by itself is a good attempt.