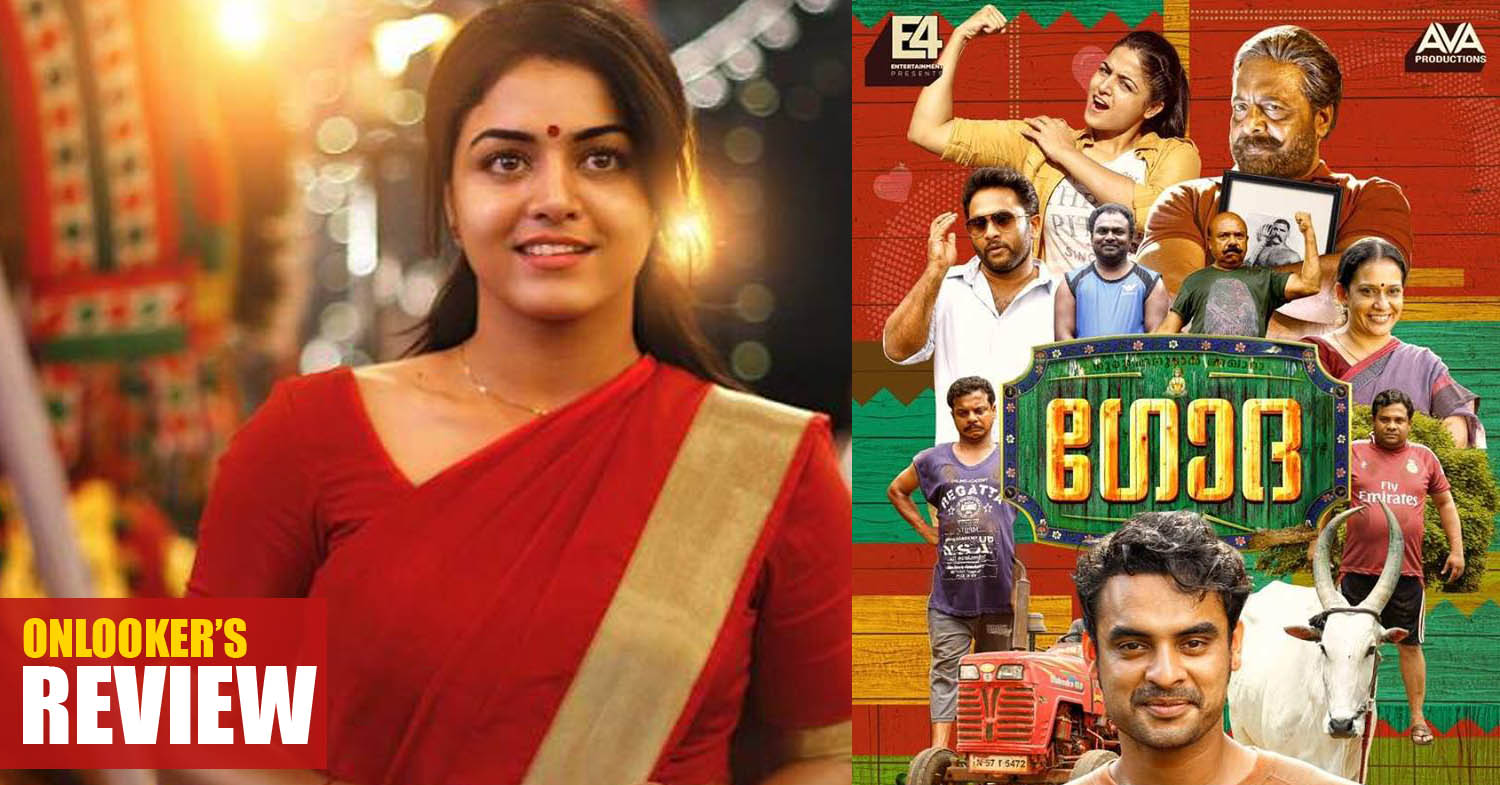 Basil Joseph’s next after the comic caper Kunjiramayanam, Godha grabbed the eyeballs right after the release of it’s first look poster. The initial reaction was- Oh! another wrestling based movie. The impact that Salman Khan’s Sultan and Aamir’s Dangal left is quite huge. But the fact of the matter is Godha was born before both these films.

And apart from a wrestling backdrop, Godha has no resemblance to the Khan films. While Sultan is mass entertainer that utilized the star value of Salman Khan to the fullest, Dangal was an emotional tale of a father’s dream to turn his daughters to world class wrestlers. Godha is neither of them, it’s an wholesome entertainer with prominence to humour.

So let’s cut straight to the plot. Godha is set in a village in Kerala where Captain (Renji Panicker) gives Gatta Gusthi, a native form of wrestling, coaching to young wrestlers in the locality. He is distraught when youngsters are not showing interest in the sport. In a bid to regain the lost fame, Captain decides to organize a tournament. That is when Aditi Singh (Wamiqa Gabbi) visits the place and the core plot evolves from there.

Godha brings out the director in Basil Joseph to the centre. While his first film was a regular entertainer, this one is made on a wide canvas. The director has shown a lot of maturity and conviction in this movie. Be it Shaan Rahman’s music, Vishnu Sarma’s frames or Abhinav Sunder Nayak’s seamless cuts, Basil has extracted the best from his team. After all, a director’s foremost job is to get the best out of his team.

As an actor, Tovino has already displayed his range by portraying a variety of characters in a very short period. Godha once again proves the same, we can see the flexibility that this wonderful actor possesses. Punjabi actress Wamiqa Gabbi is the real show stealer. She is at it right from the word go and just did not put a foot wrong at any moment. Renji Panicker is also great as the veteran Captain and his stunning physique at this age can give most youngsters a run for their money.

The positives in Godha should be Basil’s direction, Vishnu Sarma’s superb cinematography and Shaan Rahman’s perfectly syncing music. If one wants to get too critical, then we can point out the colour grading, which could have been improved.

Overall, Godha is a perfectly entertaining watch that can be enjoyed with families. A good work from Basil Joseph and his team that deserves to be appreciated.

Comrade in America aka CIA review : An Amal Neerad movie with no Amal Neerad elements in it !
Achayans Review: Another disappointing Jayaram movie
To Top