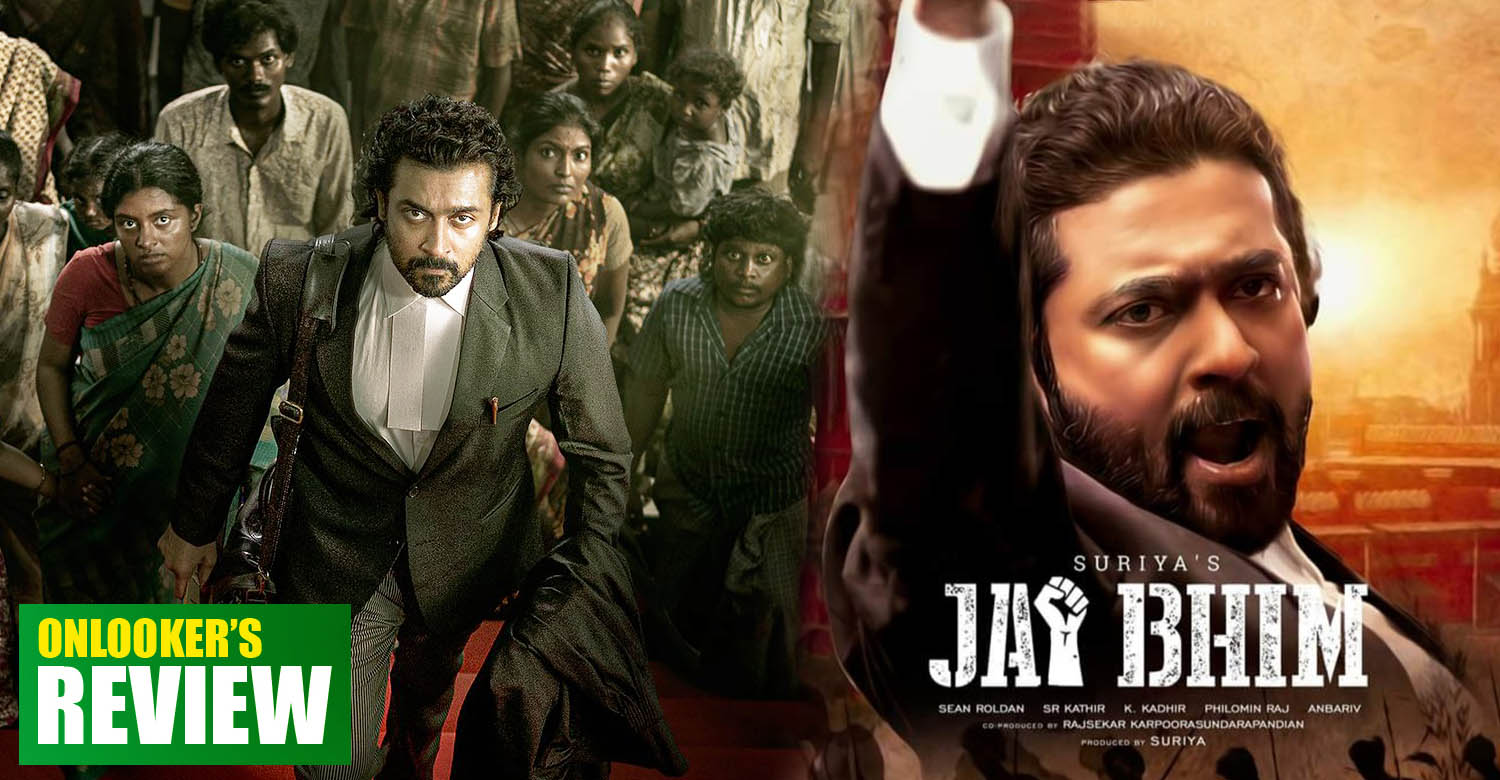 In the early 90s, a righteous advocate named Chandru fought a long legal battle against the Tamil Nadu government and police force to seek justice for the Irular tribal community. Director Tha Se Gnanavel’s sophomore film ‘Jai Bhim’ is a heartbreaking retelling of the same.

The film follows Senggeni and Rajakannu, a couple from the Irular tribe. The latter and his two relatives get arrested by the cops in a false theft case and is subjected to severe custodial violence. Things escalate when they go missing from the police station. Senggeni seeks the help of a high court advocate Chandru to seek justice for them. How he digs out the truth and tries to earn justice for the Irular people is what the film is about.

The narrative starts off by establishing the Irular community and their lifestyle. The casual discrimination they face in their day to day lives are registered in the first few scenes itself. The film gets disturbing after the conflict point as the makers showcase the custodial violence got extensively. After a point, it becomes hard to sit through all the police brutality.

It is Suriya’s entry that brings some calmness to the proceedings. His assuring screen presence and confident body language adds so much depth to the character. It helps the viewer feel that here’s a man who will go to any extent to bring justice to the victims. The actor also brings out the gamut of emotions that Chandru goes through during the trial with great perfection.

Lijomol Jose and Manikandan play the roles of Senggeni and Rajakannu respectively. Their performances were so real that their faces will be etched in the viewers’ mind long after the film is done. Lijomol as the resolute woman in search of her husband is a picture of heartbreak. She gets the character spot-on with her expressions and body language. It is also commendable that the Malayalam actor has dubbed for a Tamil tribal character on her own.
Prakash Raj’s earnest cop character and his performance also deserves appreciation.

As a film, ‘Jai Bhim’ does have its share of flaws. The violence on screen could have been subdued. The melodrama could have been mellowed down. But these are things that can be easily overlooked in a film that’s as hard-hitting and thought-provoking as this. If not for anything else, the film deserves all the love for its ending shot alone. Let the spirit of unity and equality live long.