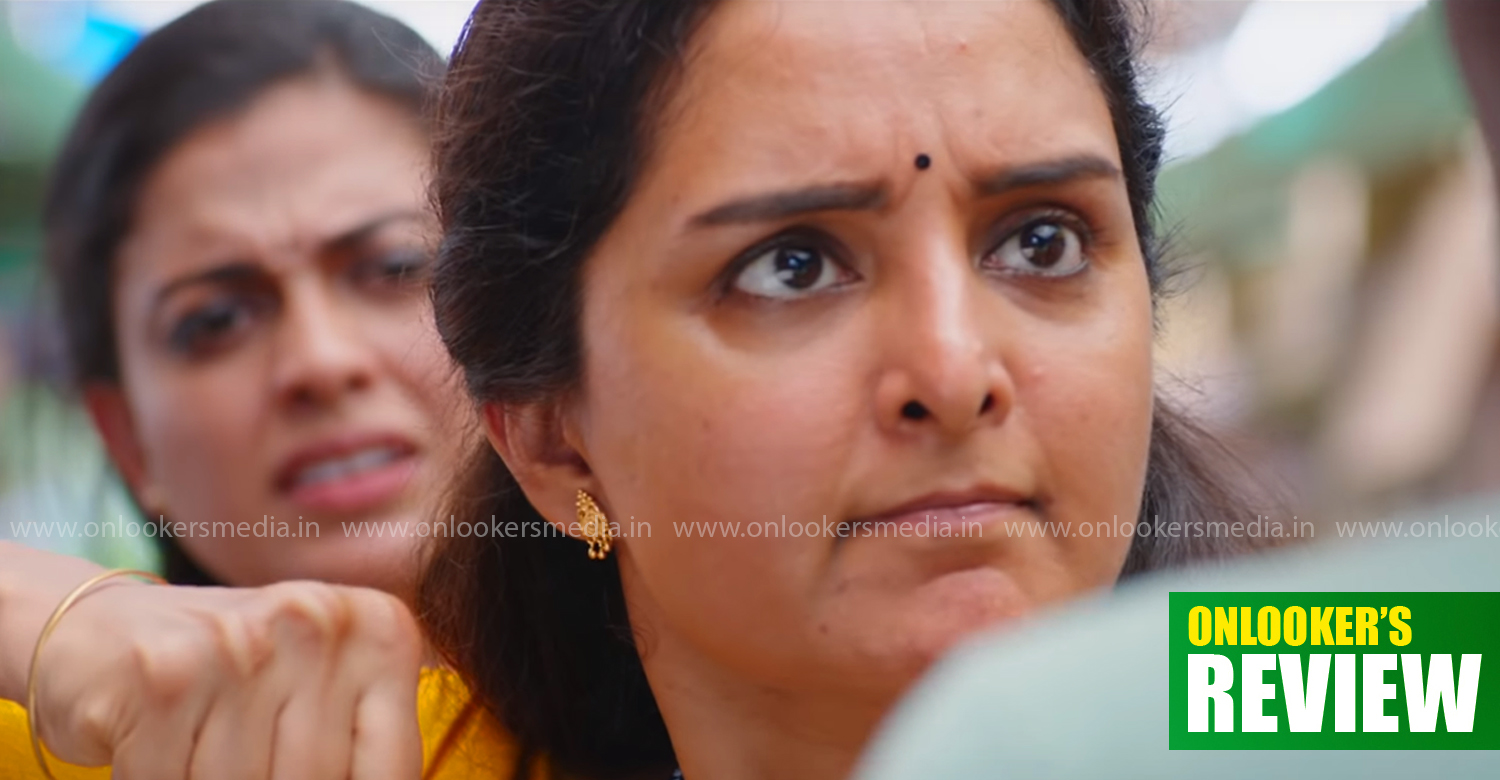 Manju Warrier starrer ‘Prathi Poovankozhi’ is among the most exciting Christmas releases from Malayalam this year. The film is directed by Rosshan Andrrews and scripted by Unni R. The trailer and pre-release promos looked highly promising. Let’s see if it manages to live up to the expectations.

‘Prathi Poovankozhi’ is based on one of Unni R’s short stories. The writer is well known for sketching unique characters and his ability to convey his politics in a very effective manner. Here in ‘Prathi Poovankozhi’, Unni R has addressed the various issues faced by women in a patriarchal society and the need for them to stand up and resist.

Madhuri (Manju Warrier) and Rosamma (Ansuree) play ordinary women working in a textile shop in Kottayam. While on her way to her work place, the former gets physically harassed in a bus. Even when everyone around her advice her to turn a blind eye, Madhuri is deeply affected by the incident and decides to track down the molester and make him suffer. The film, basically, is centred around Madhuri’s journey in search of the abuser to teach him a lesson. Director Rosshan Andrrews has made quality films whenever he is provided with good content. With this film, he once again proves himself as a skilled filmmaker as he comes up with an engaging thriller out of a very thin storyline. He compacts the entire film to just around 105 minutes, which is one of the biggest plus points here. Due credits to veteran editor Sreekar Prasad as well.

Manju Warrier is the go-to choice for female centric films in Malayalam and the actress yet again proves why she is much in demand. As Madhuri, she puts on a fierce act that at times remind us of her ‘Kanmadam’ days. Manju is also aided by a strong well-written character. All she has to do was to sink in her teeth, which she does quite effortlessly. Ansuree as her fun loving sidekick was also very impressive. Rosshan Andrrews in his acting debut is solid and manages to make a mark despite having minimal dialogues. If he is willing to take up good characters, he might soon be a very busy actor. Saiju Kurup, ‘Kumbalangi Nights’ fame Grace Antony, Divyaprabha and Alencier Ley Lopez are the other notable performers in the film.

In a nutshell, ‘Prathi Poovankozhi’ is a highly engaging and arresting film with a mass(y) Manju Warrier at the helm of things.