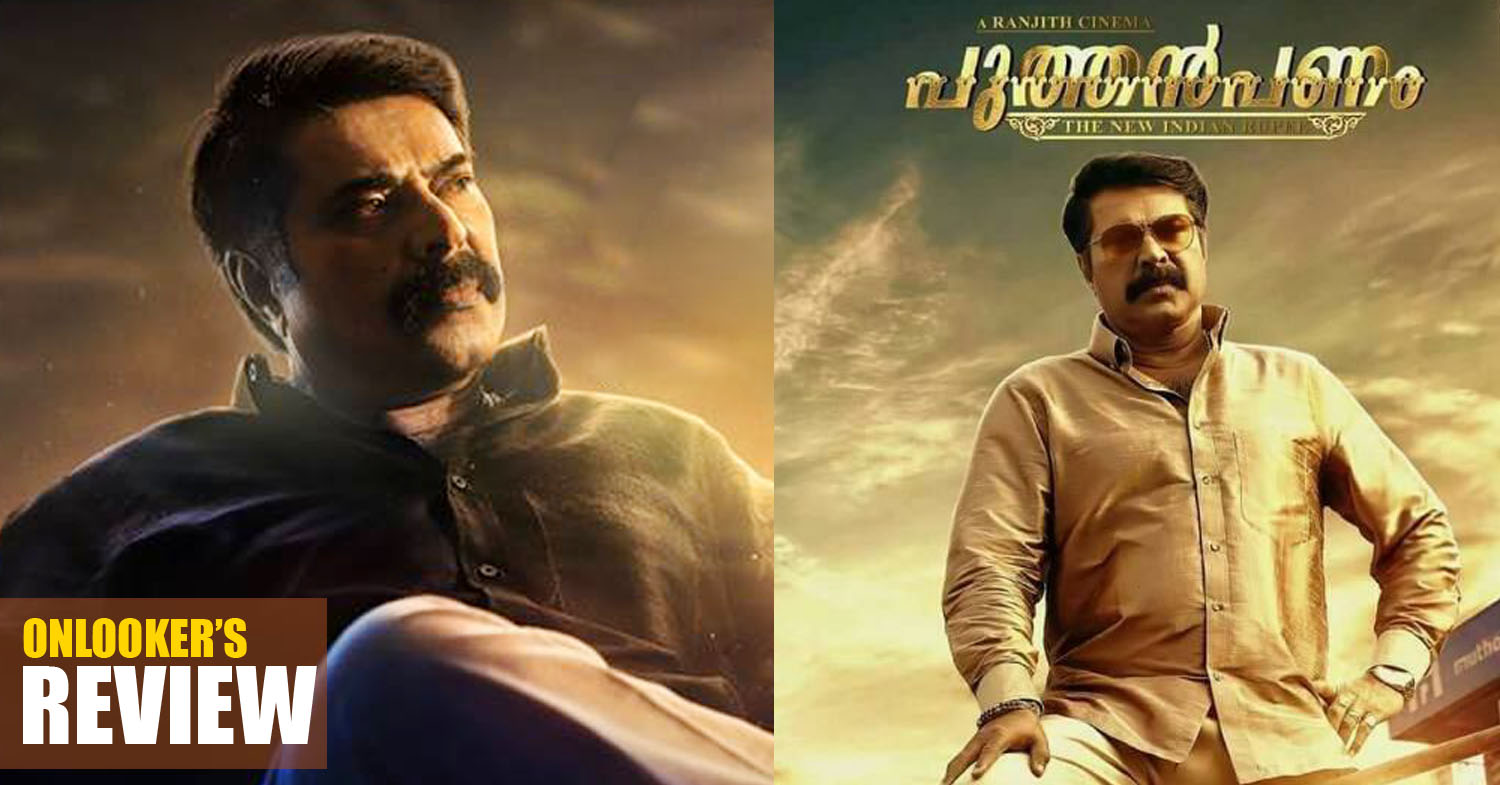 The Narendra Modi headed Indian government’s sudden demonetisation move had large-scale effects on the day to day lives of both the upper class and the commoners. Even today, people are striving hard to cope up with the situation. Mammootty-Ranjith team’s latest outing Puthan Panam explores the aftermath of the demonetisation move in our society.

The central government implements the demonetisation move by withdrawing the higher denomination notes on November 9 at exactly 8 PM. A few hours prior to that, ex-Minister Chandrabanu (Sai Kumar) pays a hefty sum of Rs 25 crores to his former business partner Nithyananda Shenoy (Mammootty). With the withdrawal of these notes, Nithyananda Shenoy is helpless as he is unable to use this money. Rest of the movie follows Shenoy’s chase behind Chandrabanu and the subsequent incidents. In Mollywood, there are only a very few filmmakers who can deliver quality outputs with both class and mass movies, and Ranjith is one among them. The ace filmmaker has amazed us several times with his powerful writing. Through Puthan Panam, Ranjith and Mammootty have once again delivered a movie that has equal doses of both class and mass.

Mammootty is in great form as Nithyananda Shenoy. His terrifically enunciated Kasargod slang and his famed ability to portray layered characters is on display once again in Puthan Panam. Teenager Swaraj has given a wonderful performance as Muthu. He shares almost equal screentime with Mammootty but the boy showed no signs of nervousness. Om Prakash’s camera works are commendable. The tone used in the movie is quite unique and fresh. They have used a colour mix pattern of the old and new rupee notes.
‌
Shaan Rahman’s songs jell well with the movie’s narrative and pace. The song used during the movie’s beginning was awesome. Background score is handled by Achu Rajamani and he has succeeded in creating a mass impact in several scenes. If utilized properly, Achu can be a big asset for the Malayalam film industry. ‌
Puthan Panam is certainly the best Mammootty starrer in recent times. The veteran actor is famous for his impeccable prowess in bringing life to characters with a distinct slang and mannerisms. With Nithyananda Shenoy, Mammootty has added one more to that glorious list. Even though the forced fight scenes raise a few eyebrows, they do not affect the totality of the movie.

Despite being a movie that can be thoroughly enjoyed by audience of all age groups, the censor board’s decision to certify Puthan Panam with an A certificate is seriously questionable. Remember, we have a host of movies stuffed with double meaning jokes and misogyny, releasing every Friday with a clean U certificate.

1971 Beyond Borders Review : An attempt to bring out Keerthichakra again !
Sakhavu Review : Journey through a real comrade’s life
To Top