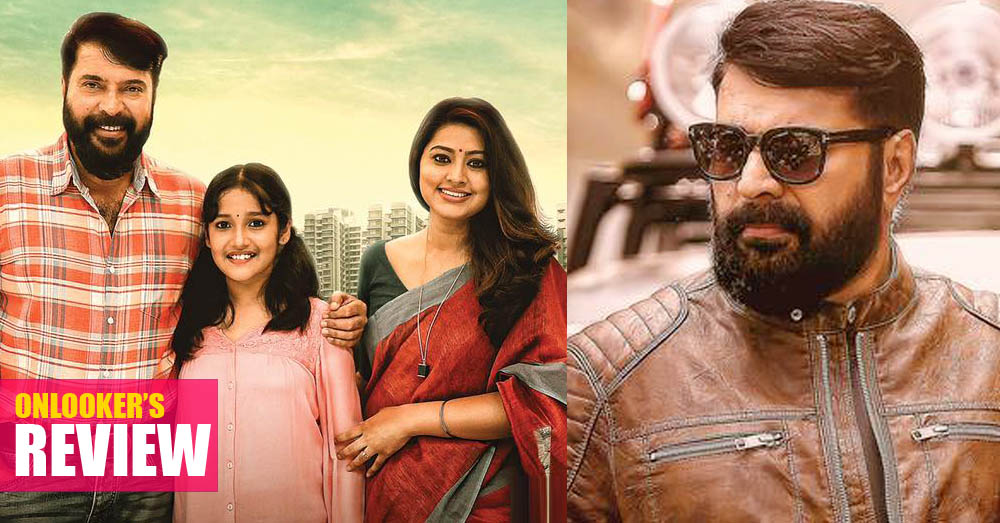 ‘There is a hero in every father’, just like this tagline, The Great Father is about a dad who turns into a real life due to various circumstances.

The story line was more or less predictable from the motion poster itself. David Ninan (Mammootty) is a builder who leads a happy life with his wife (Sneha), who is a doctor, and their only daughter (Baby Anikha). At a particular instance, his daughter Sara David gets raped. Their life is thrown into a topsy-turvy. A shattered David Ninan sets out to to put an end to those responsible for his daughter’s fate. On a parallel track, a police officer Andrews Eapen (Arya) is investigating about a serial killer notorious for raping minor girls. Rest of the movie revolves around how David Ninan avenges his daughter’s murder.

After many years, we get to see a Mammootty starrer that utilizes both the star and the impeccable actor that he is. The veteran actor has given an astounding performance as a doting father who goes through an emotional turmoil at his daughter’s fate and as a mass hero who sets out on a revenge. Being a 65-year-old, his energy levels in action scenes is quite unbelievable.

Sneha, Baby Anikha, Arya and all others justify their roles. One major glitch was the make-up and styling for Baby Anikha, which looked really awkward.

Mammootty has always given opportunities to newbie filmmakers and Haneef Adeni is the latest addition to the list of directors introduced by Mammootty. With his debut film itself Haneef has displayed his ability and he is someone with a great visual sense.

Though there is nothing new to boast for in the storyline, the director has placed the sequences pretty decently. Mammootty’s stylish avatar and his mass appeal is the USP of the movie.

The Great Father once again proves the scarcity of good stories in Malayalam cinema. If you leave aside your humongous expectations and forget about the ‘Jacki Chan style fight’ claims by the makers, it is a good one time watch.

In a nutshell, The Great Father is a mass-masala movie with all commercial ingredients, aimed majorly at Mammootty fans.

Take Off Review : A story about the survival of Malayali nurses
Georgettan’s Pooram review : old wine in old bottle !
To Top