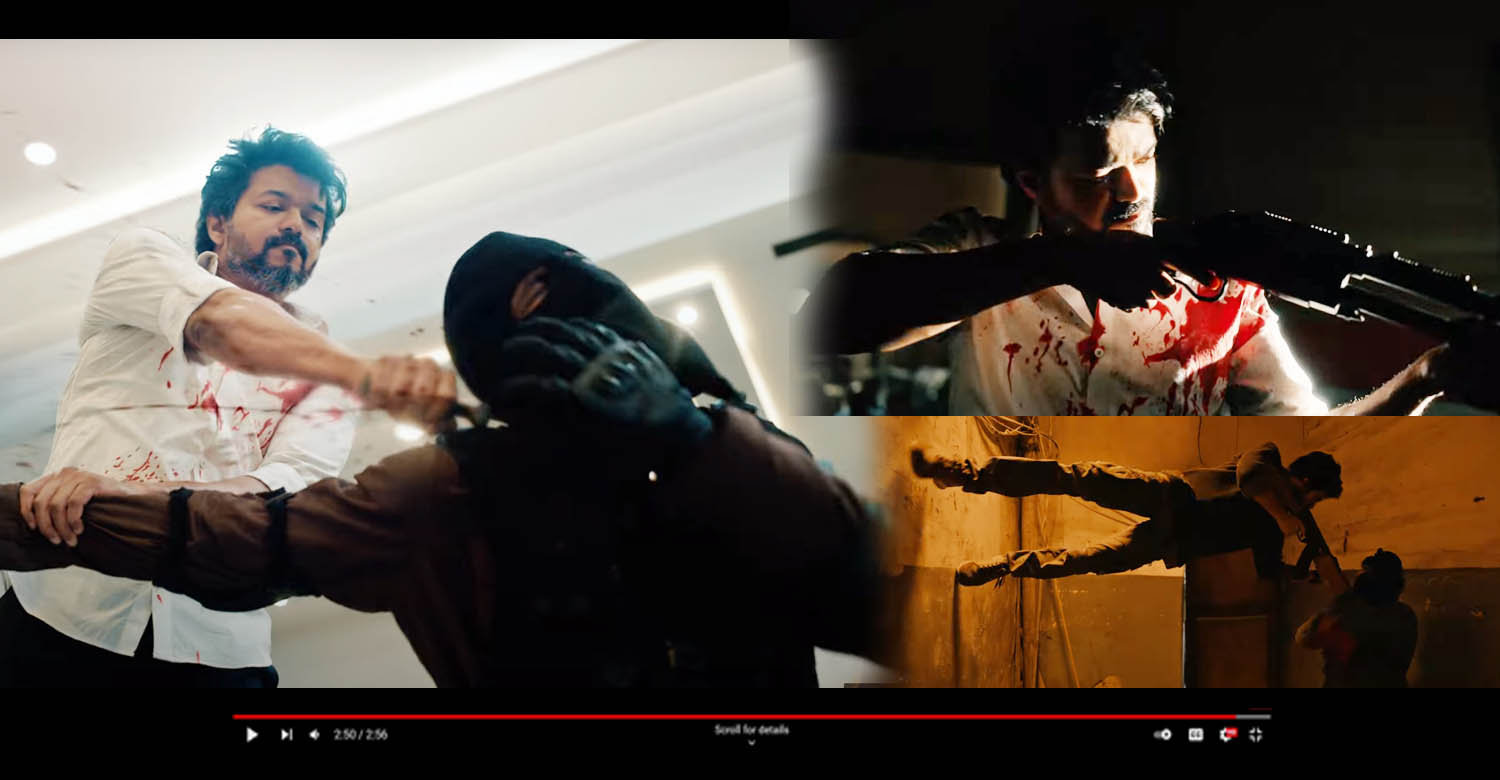 The trailer of Vijay-starrer ‘Beast’ has been released. From the 2-minute trailer, it is learnt that the plot revolves around terrorists hijacking a posh mall in Chennai, and Vijay, who plays the role of a spy named Veera Raghavan, taking on the enemies. Selvaraghavan plays the role of a mediator between the government and the terrorists.

‘Beast’ is written and directed by Nelson Dilipkumar. The trailer is action-packed with Vijay’s character getting a terrific build up backed by Selvaraghavan’s voice-over. Vijay is seen wielding swords, guns, and axes in pro style. Anirudh Ravichander’s terrific background score, which includes the theme song, is the other major highlight of the trailer. Within just 5 minutes of its release, the trailer stormed past 1 million views on YouTube.

Malayalam actor Shine Tom Chacko, Aparna Das, Ankur Ajit Vikal, VTV Ganesh, Yogi Babu, Redin Kingsley and Liliput Faruqui also star in the film. Produced by Sun Pictures, ‘Beast’ is set for a grand theatrical release on April 13, one one day ahead of the Yash-starrer ‘KGF: Chapter 2’. The box office clash between both these biggies is eagerly awaited by many.