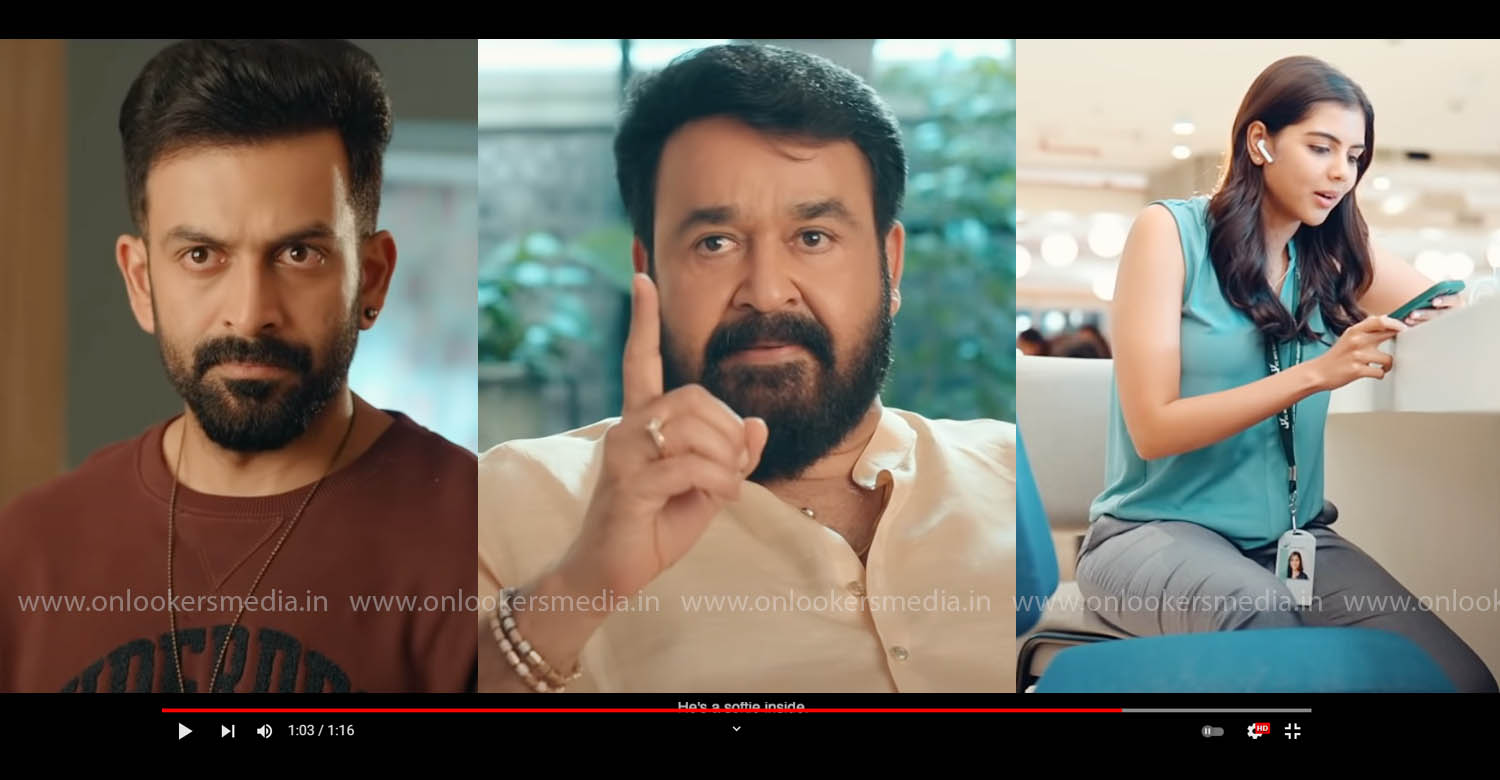 Prithviraj’s upcoming directorial ‘Bro Daddy’ is getting ready for its premiere on Disney + Hotstar. The makers had recently shared its teaser from which it looks like a fun-filled family entertainer The film has superstar Mohanlal heading a star-studded cast. He plays a character named John Kattadi. Prithviraj will be seen as his son, Eesho John Kattadi. Others in the star-studded cast include Meena, Kalyani Priyadarshan, Unni Mukundan, Kaniha, Soubin Shahir, Jagadeesh, Mallika Sukumaran and Lalu Alex.

Antony Perumbavoor is producing the film under the banner of Aashiravd Cinemas. The makers are expected to announce the release date shortly.