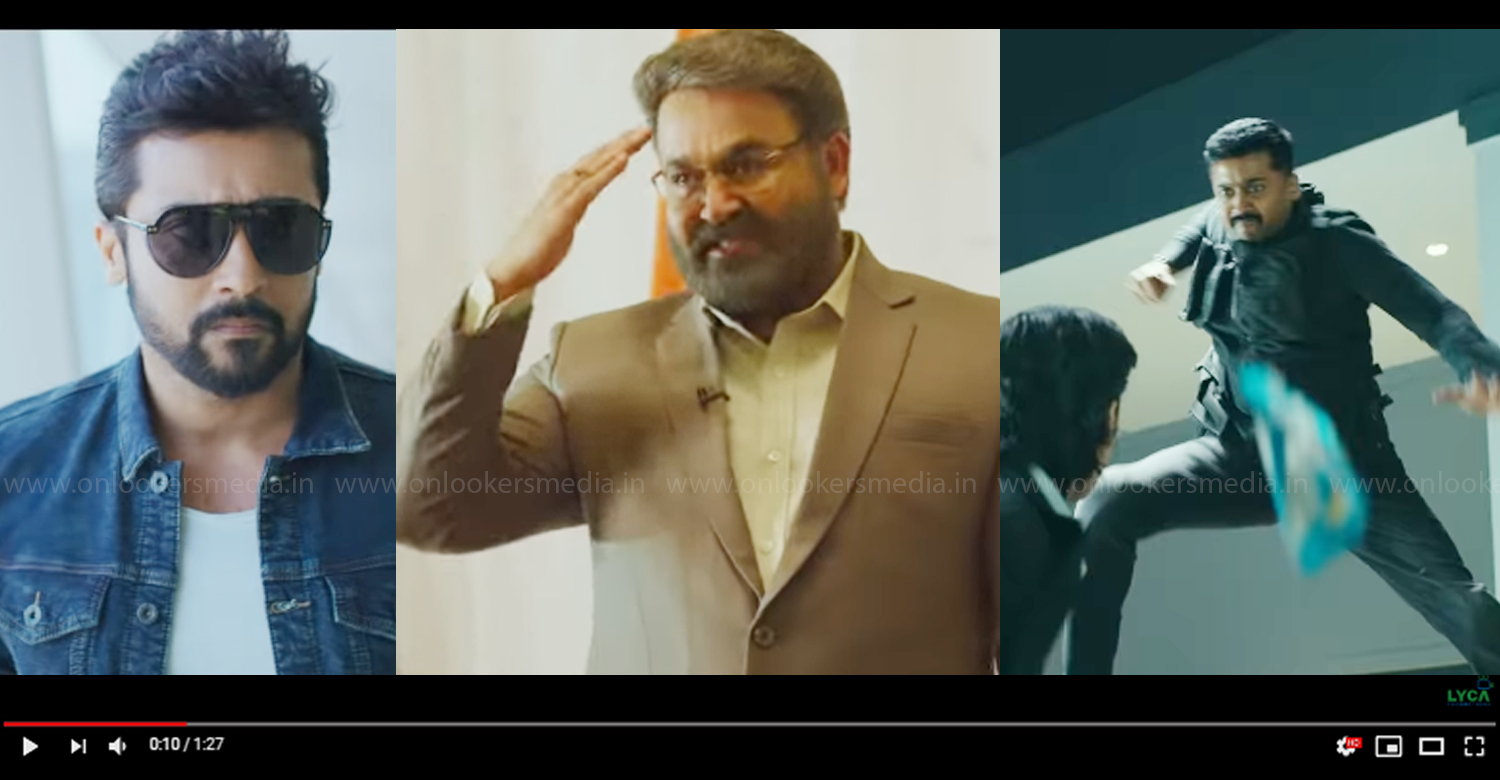 Check out the new trailer of Suriya-Mohanlal starrer Kaappaan

While ‘Kaappaan’ gets ready to hit screens on next Friday (September 20), the makers have released a new trailer online. This much-awaited biggie directed by KV Anand has a stellar star cast, which includes two of South cinema’s biggest stars – Mohanlal and Suriya.

The film has Mohanlal playing the role of India’s Prime Minister. His character is named as Chandrakanth Varma and it is said to be a grey-shaded role. Suriya essays the role of a high-rank NSG officer, who is in charge of the PM’s security.

From the promos and trailer, ‘Kaappaan’ looks like a typical KV Anand style film with action, comedy, thrills, romance, dance. Its cast also includes Arya, Sayyeshaa, Boman Irani, Shamna Kasim and Samuthirakani in major roles. Arya reportedly plays the role of Mohanlal’s son in the film. Sayyeshaa is paired with Suriya and Shamna essays the part of Samuthirakani’s wife.

Lyca Productions is backing ‘Kaappaan’. Besides Tamil, the film is also releasing in Telugu as ‘Bandobast’. Both the versions are likely to hit screens simultaneously on September 20.