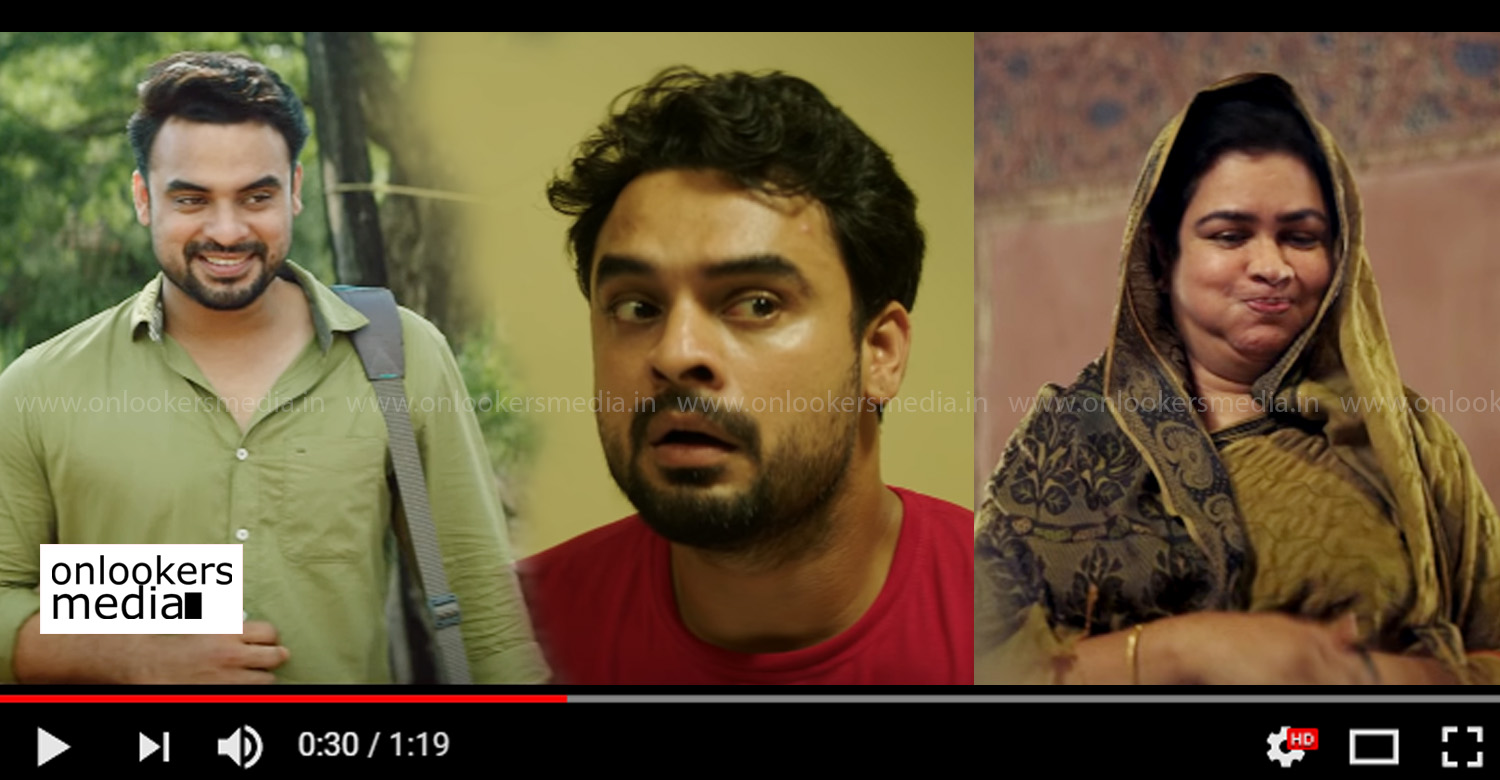 As we had reported earlier, Tovino Thomas starrer ‘Ente Ummante Peru’ is getting ready for Christmas release. Official teaser of the movie was released last evening by actor Dulquer Salmaan through his official social media handle. The movie directed by debutant Jose Sebastian has Tovino playing the lead along with veteran actress Urvasi. The fun teaser has got great reception in social medias. Tovino’s dream run in the box office and his popularity among the families is most likely to help this movie.

‘Ente Ummante Peru’ has Tovino playing Hameed, an average Muslim youngster from Malabar who runs an antique shop. He is on the look out for his mother, whom he has never seen in his entire life. The movie traces Hameed’s journey and from the teaser, we presume it is told in a very enjoyable manner. The movie is scripted jointly by Jose Sebastian and Sarath R Nair.

The movie is being produced jointly by Anto Jospeh Film Company and Al Tari Movies. After the censoring process is completed, it is expected hit screens on December 21.