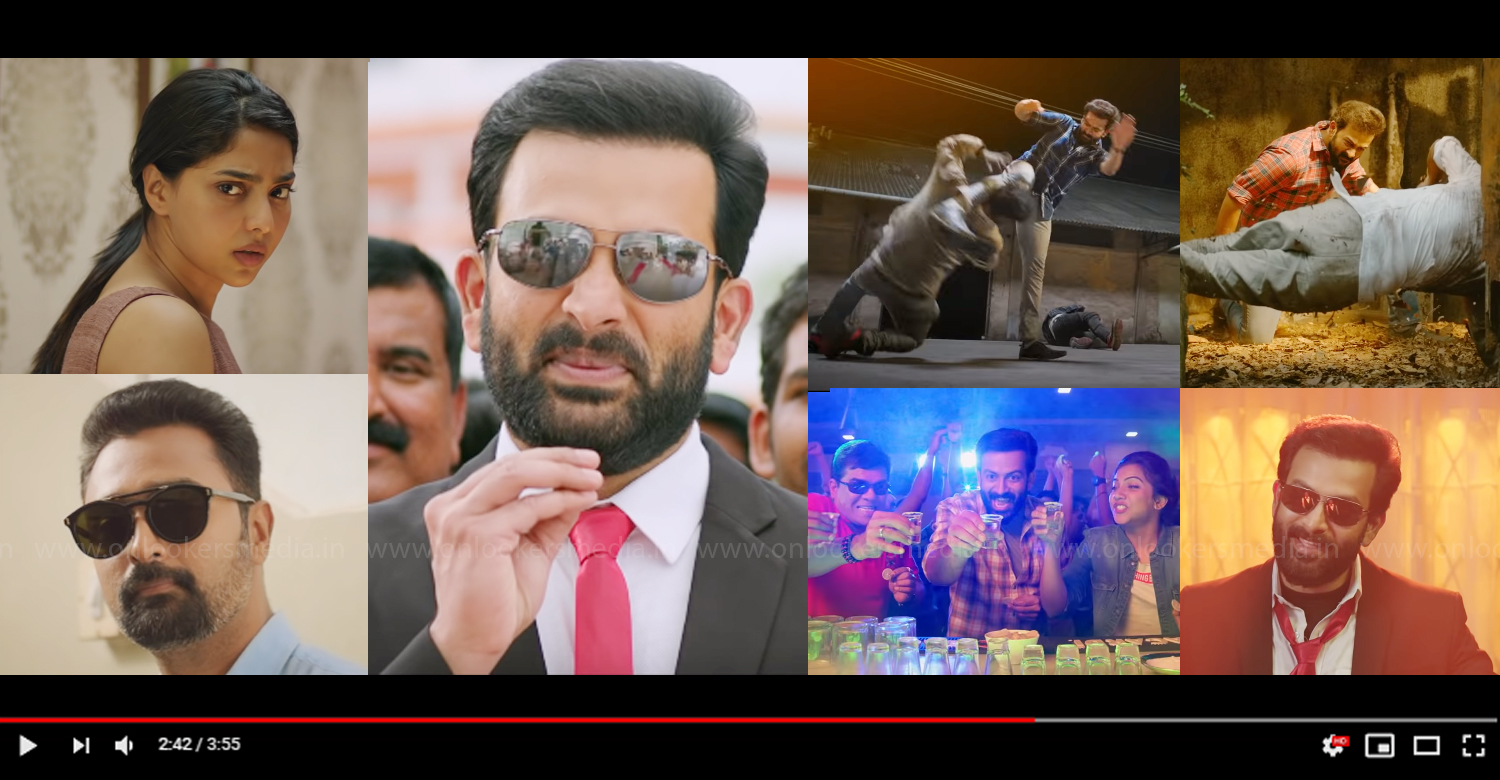 Excellent response for the trailer of Prithviraj starrer Brother’s Day

Recently, the trailer of Prithviraj’s new film ‘Brother’s Day’ got released online. The movie scripted and directed by Kalabhavan Shajohn looks like a thriller with an overall commercial packaging. The trailer has got good response from social media users. Madonna Sebastian, Prayaga Rose Martin, Miya George and Aishwarya Lekshmi play the female leads. Tamil actor Prasanna is making his Malayalam debut with this film by playing the villain role.

‘Brother’s Day’ promises to be a mass entertainer, that will be a refreshing change for Prithviraj as the actor has been doing lot of experimental films back to back. The trailer has glimpses of all the necessary commercial elements – be it songs, comedy and fights. It looks exactly like the kind of entertainer films that family audience seek during the Onam holidays. The cast also includes Dharmajan, Vijayaraghavan, Kottayam Nazeer, Pauly Valsan, Ponnamma Babu, Kochu Preman, Shivaji Guruvayoor, Maala Parvathi and many others.

Listin Stephen is producing the movie under the banner of Magic Frames. Release date is expected to be officially announced shortly.