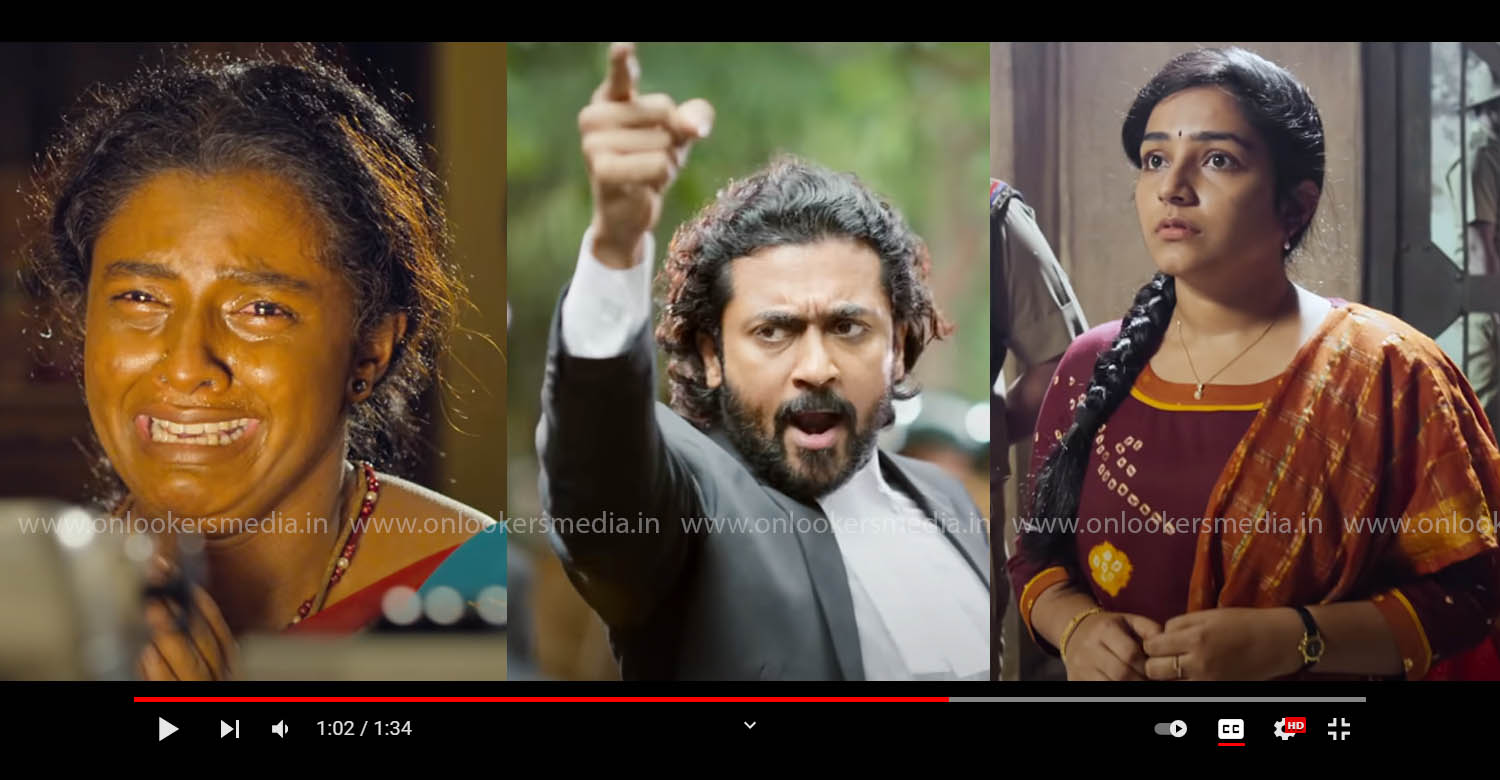 Jai Bhim teaser out; Suriya-starrer promises to be an intense social drama.

The teaser of Suriya’s new film ‘Jai Bhim’ has been released. It opens with atrocities and violence against an oppressed community by the police force. It has glimpses of some heartbreaking moments before Suriya makes his appearance as an advocate. The actor is playing a lawyer’s role for the first time in his career. In the teaser, his character is seen waging a legal battle for the community.

‘Jai Bhim’ directed by ‘Kootathil Oruthan’ fame TJ Gnanavel promises to be an intense social drama. Rajisha Vijayan, Lijomol Jose of ‘Maheshinte Prathikaram’ fame, Manikandan, Prakash Raj and many others are part of the cast. Sean Roldan is in charge of the music department. SR Kathir wields the camera and Philomin Raj handles the edits.

‘Jai Bhim’ is scheduled to have its premiere on Amazon Prime Video. Produced by Suriya and Jyotika’s banner 2D Entertainment, the film is all set to release on November 2 ahead of Deepavali.