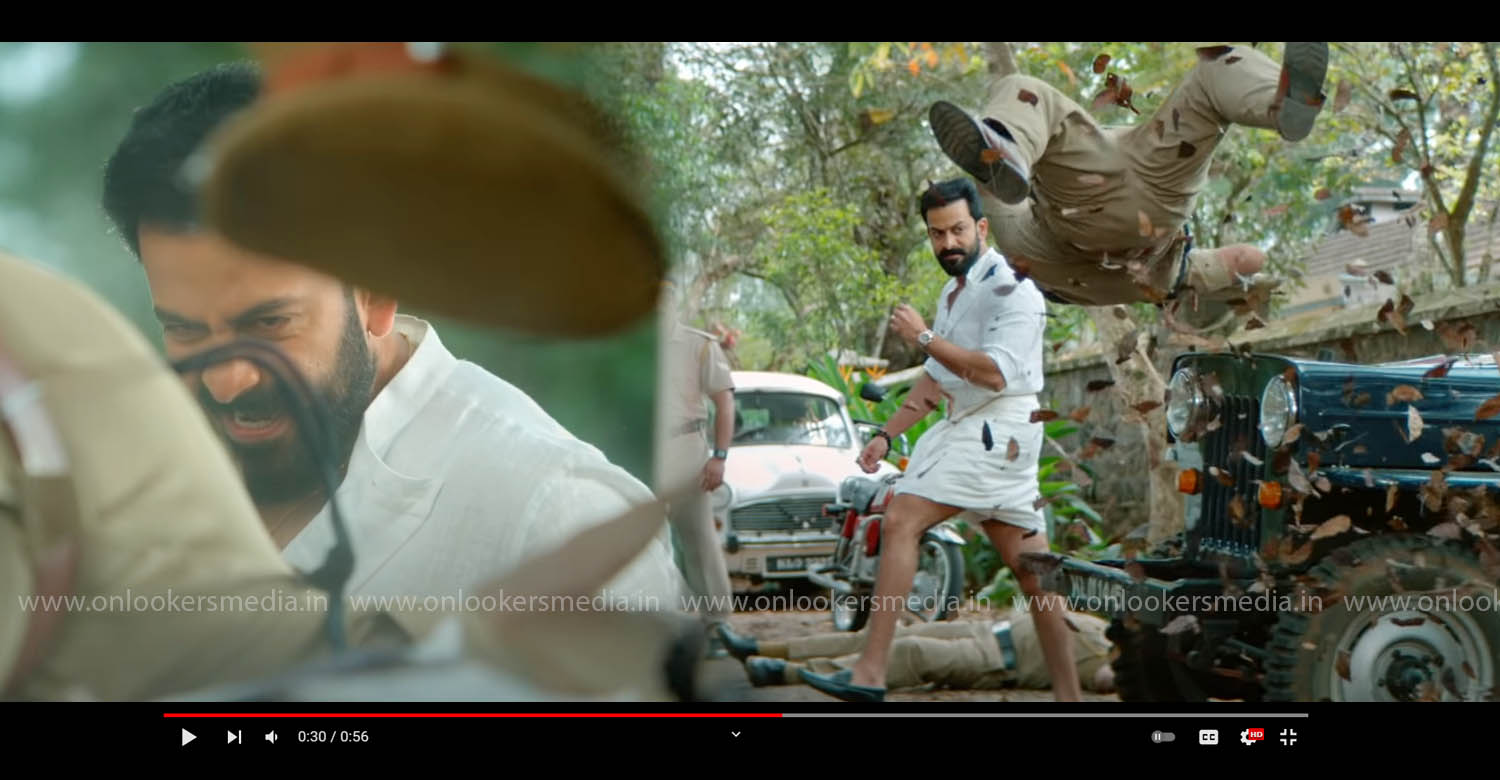 The makers of ‘Kaduva’ have released the film’s teaser. As expected, the film presents Prithviraj as a larger-than-life character as we see him beating the pulp out of cops in main road. The star hasn’t done a full-fledged action role for a long while, so fans are excited about it.

‘Kaduva’ marks the comeback of veteran filmmaker Shaji Kailas. Jinu V Abraham has scripted the film, which has Prithviraj playing a character named Kaduvakunnel Kuruvachan. Bollywood actor Vivek Oberoi will be seen as the antagonist. The face off between Prithviraj and Vivek Oberoi is expected to be the film’s highlight. The two share great rapport after working together in Prithviraj’s directorial debut ‘Lucifer’.

Love Anthem: Here’s the teaser of second single from Radhe Shyam
Minnal Murali new trailer gives a glimpse of the villain!
To Top