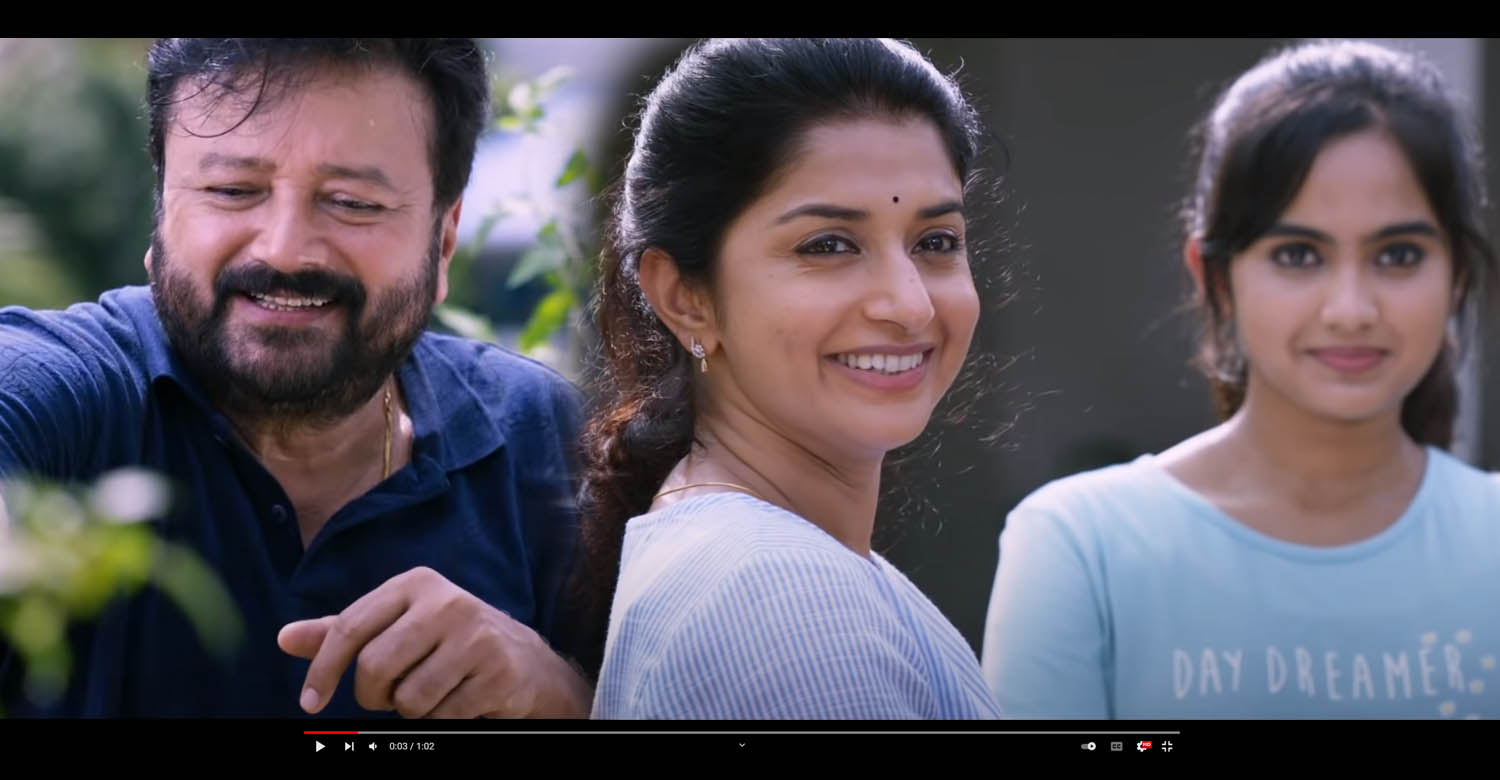 Sathyan Anthikad’s new film ‘Makal’ starring Jayaram and Meera Jasmine is getting ready for release. Last day, the makers shared a teaser of the first song from the film. Titled ‘Mayalle’, the song is composed by Vishnu Vijay. He has also crooned the track along with Haricharan. BK Harinarayanan has penned the lyrics.

‘Makal’ directed by Sathyan Anthikad has Jayaram and Meera Jasmine playing a married couple. Devi Sanjay of ‘Njan Prakashan’ fame will be seen as their daughter. Innocent, Naslen, Siddique and Sreenivasan are essaying other supporting roles. From the promos released so far, it looks like a typical Sathyan Anthikad film about families and relationships. Dr Iqbal Kuttippuram has scripted the film.