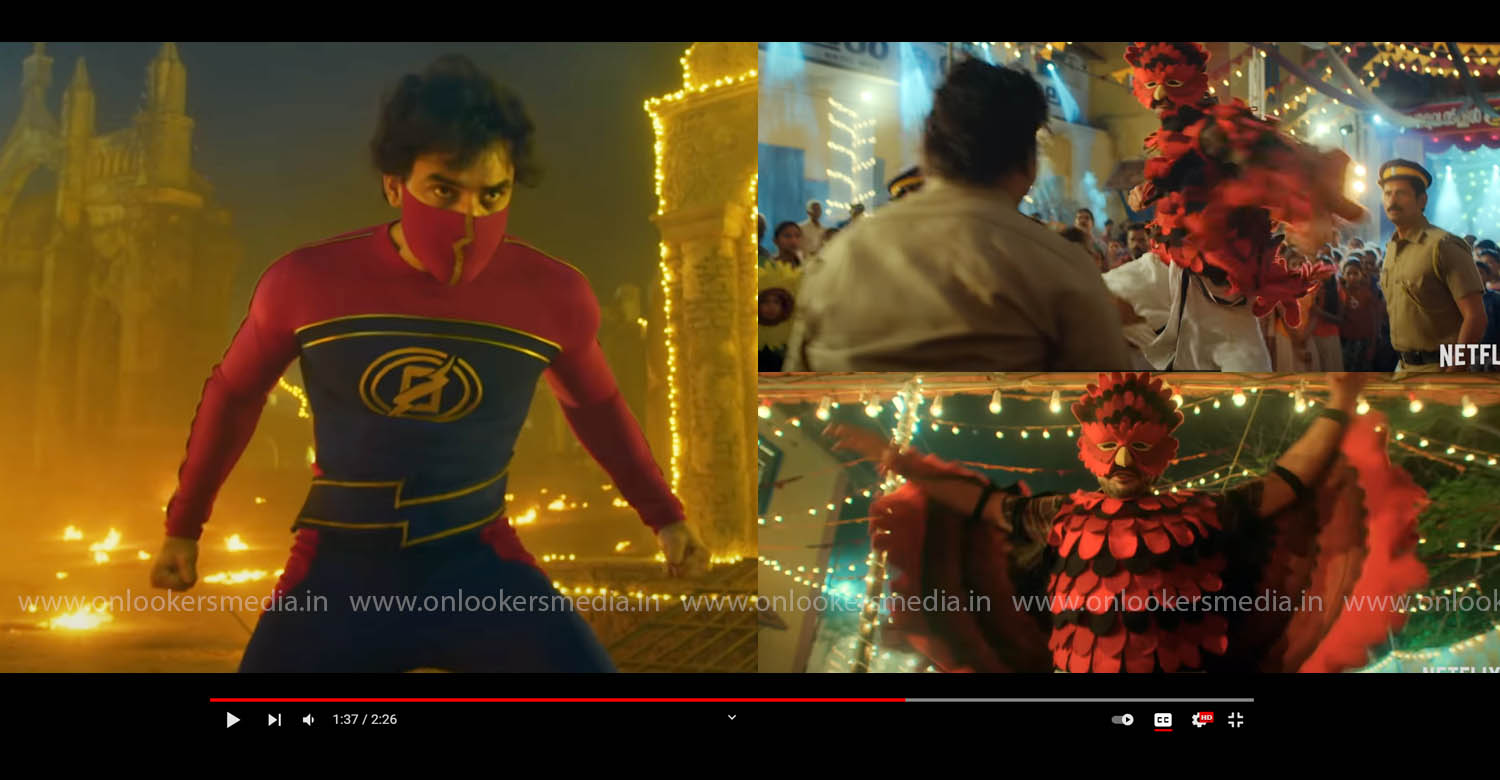 The trailer of ‘Minnal Murali’ has been released by Netflix. It is quite a detailed one from which we learn that Tovino’s character gets superhero powers after being struck by a powerful lightning. He enjoys his super powers and experiments with it, which makes way for many fun moments. However, the trailer doesn’t reveal anything about the conflict part. Tamil actor Guru Somasundaram plays the villain role in the film. Expect for some slight glimpses, nothing much about his character is shown, which makes it intriguing.

Directed by Basil Joseph, ‘Minnal Murali’ is planned as a pan-Indian film that will be released in 5 languages – Malayalam, Tamil, Telugu, Kannada and Hindi. It is scripted by Arun Anirudhan and Justin Mathew.

Sophia Paul of Weekend Blockbusters is producing ‘Minnal Murali’. Though the makers were keen on a theatrical release, the long delay due to the pandemic forced them to opt for a direct OTT release. Netflix acquired the rights for a huge price. The film will be out on their platform on December 24 as a Christmas special.