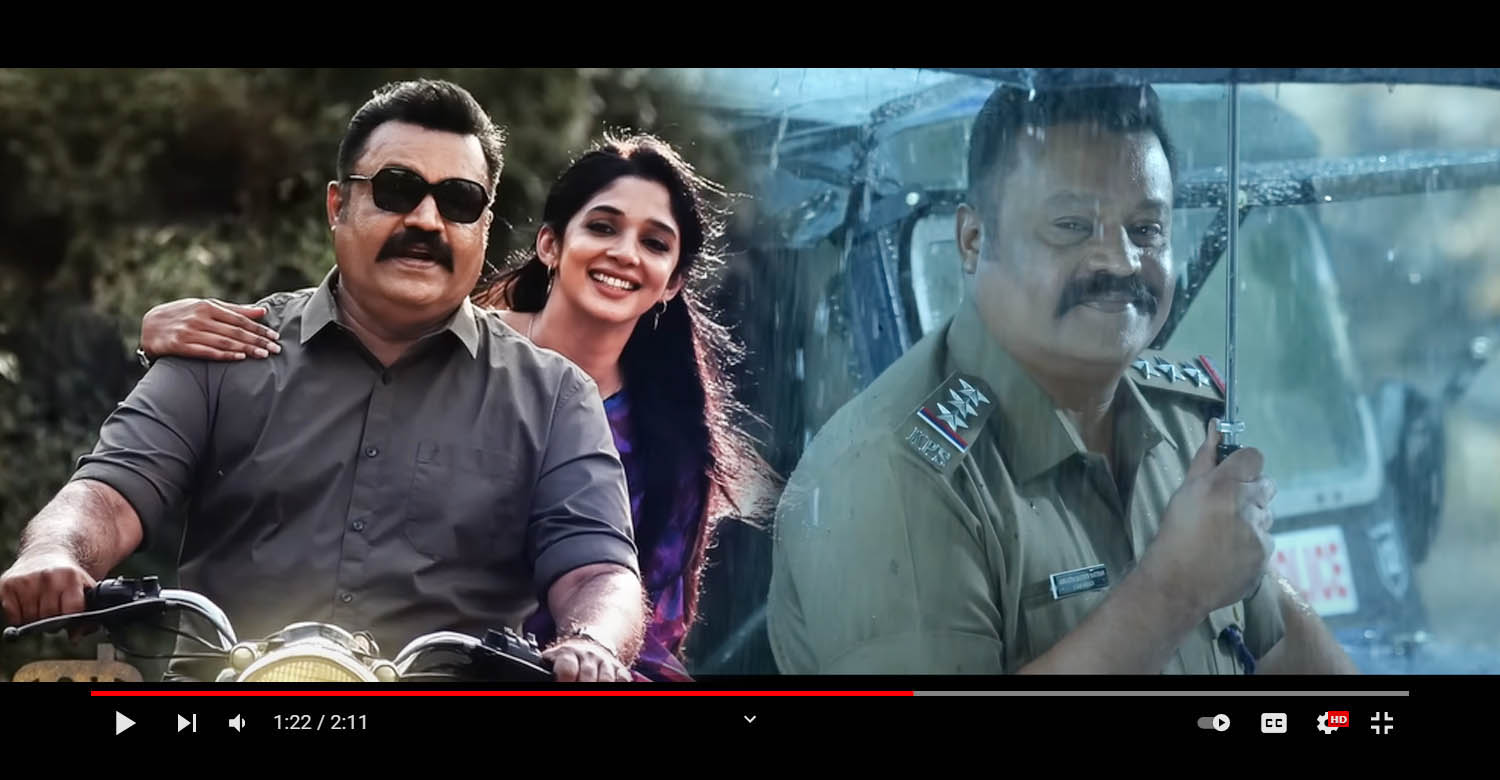 We had recently reported that the Suresh Gopi starrer ‘Paappan’ will be hitting screens worldwide on July 29. The makers meanwhile have released a new song online. The track ‘Neeyennoralil’ is composed by Jakes Bejoy and sung by Vijay Yesudas. Jyothish T Kasi has penned the lyrics.

‘Paappan’ directed by Joshiy has high expectations as it marks his reunion with Suresh Gopi after a very long gap. The film has Suresh Gopi playing a police officer named Abraham Mathew Mathan. Though the veteran has done a lot of cop characters before, this is said to be a role with multiple shades. He will be appearing in two different looks in the film, which includes a salt-and-pepper bearded getup. Scripted by RJ Shaan, the film is said to be a crime-investigation thriller with mystery and suspense elements in it.