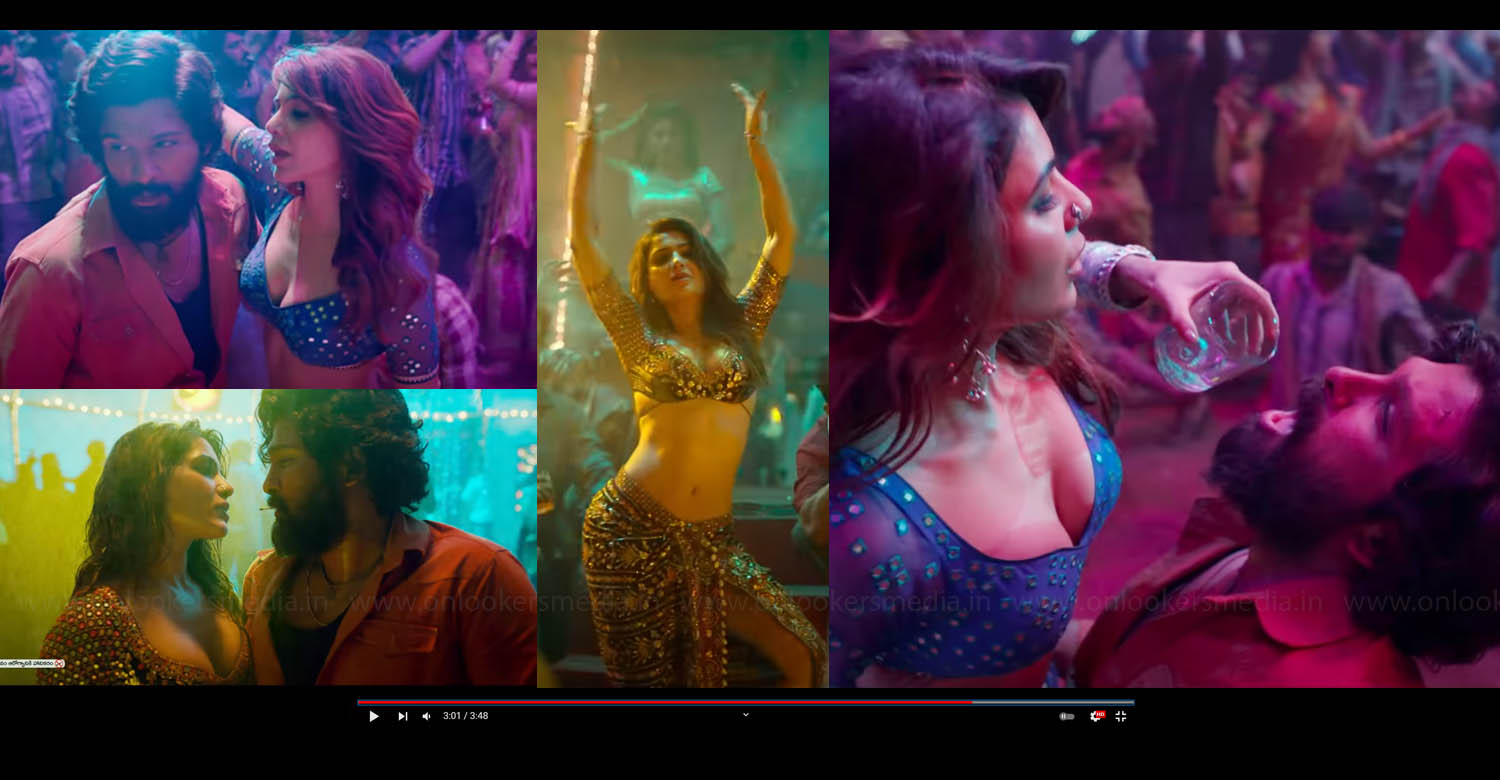 The much-talked about ‘Oo Antava Oo Oo Antava’ song from ‘Pushpa: The Rise’ has been shared on YouTube following the film’s release on Amazon Prime Video. The song featuring Samantha and Allu Arjun is a ‘special dance number’ that had gone viral even before the film’s release. Within 24 hours of its release on Youtube, the song has fetched a whopping 10 million views. Going by the stellar initial response, the song is expected to do record numbers. Devi Sri Prasad has composed the track which is sung by Indravathi Chauhan. Chandrabose has penned the lyrics.

‘Pushpa’ directed by Sukumar is a duology, which is also Allu’s first pan-Indian outing. Apart from the orginal Telugu version, it got released in Tamil, Malayalam, Kannada and Hindi languages as well. The first part has has done massive business across the country. In the North Indian market, the film has fared beyond expectations.