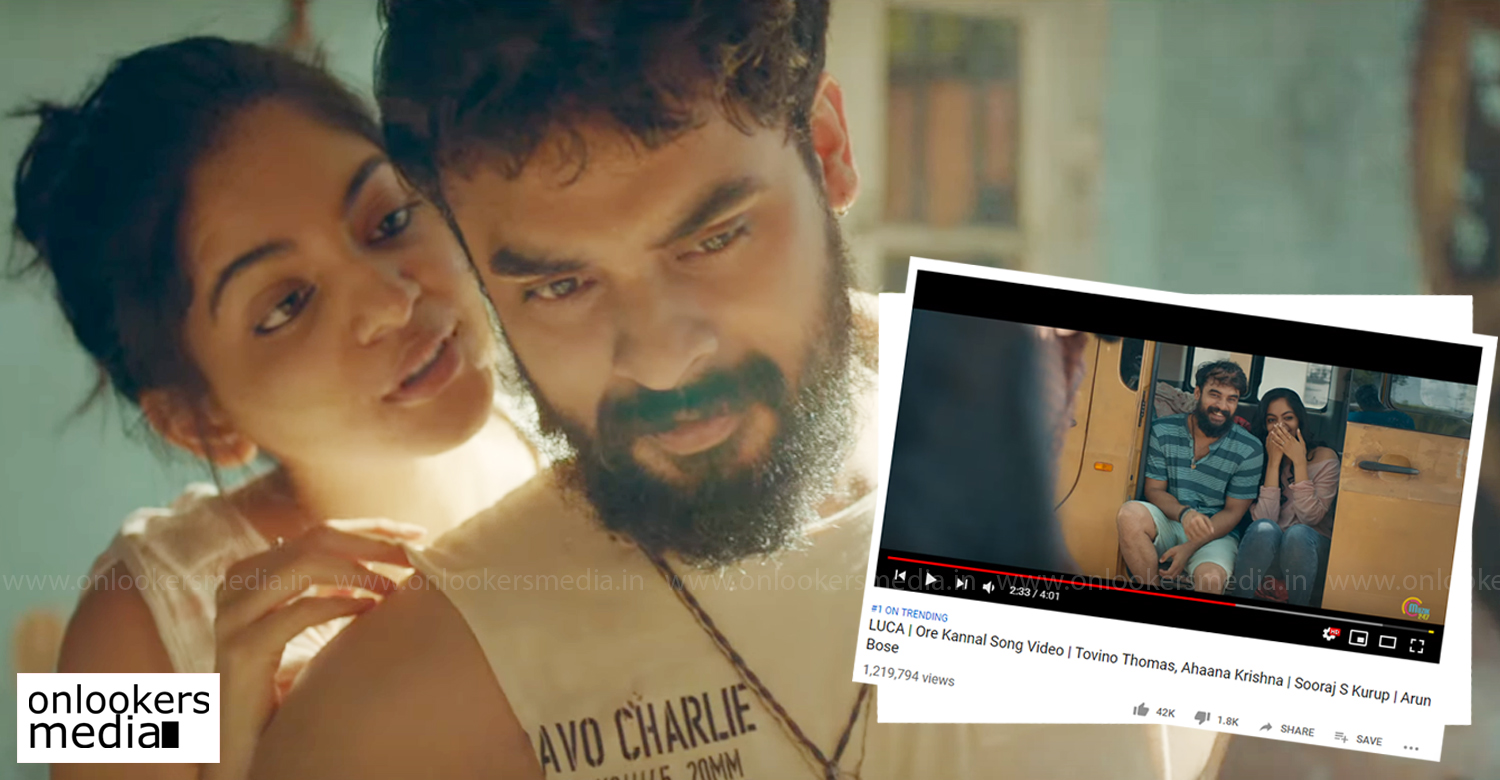 Ore Kannal song from Luca notches up over 1 million views

Tovino Thomas’ new film ‘Luca’ is gearing up for release. Recently, the first single from the movie was released online. The song titled ‘Ore Kannal’ features the lead pair, Tovino and Ahaana Krishna. It is a beautiful romantic track set to tunes by Sooraj S Kurup. Nandhagopan, Anju Joseph, Neethu Naduvathettu and Sooraj S Kurup have lent their voices to the track, while lyrics is penned by Manu Manjith.

The song with its fascinating visuals of a scrap artist’s life has instantly struck a chord with the viewers. In just four days time, the song has hit over one million views in YouTube and is currently at the top position in the trending list. Needless to say, the track has managed to create a positive buzz about the movie among the common audience.

‘Luca’ is directed by debutant Arun Bose. He has also scripted the movie jointly with Mridul George. The movie has Tovino and Ahanaa Krishna pairing up for the first time. Though romance is part of it, ‘Luca’ is primarily an investigative thriller. Nithin George, Vineetha Koshy, Thalaivasal Vijay, Jaffer Idukki, Neena Kurup, Chembil Ashokan, Pauly Valsan and Devi Ajith will be seen in other prominent roles.

On the technical front, Nimish Ravi has cranked the camera and Nikhil Venu is in charge of the edits. Linto Thomas and Prince Hussain are jointly producing ‘Luca’ under the banner of Stories and Thoughts Productions. The movie is scheduled for release on June 28.