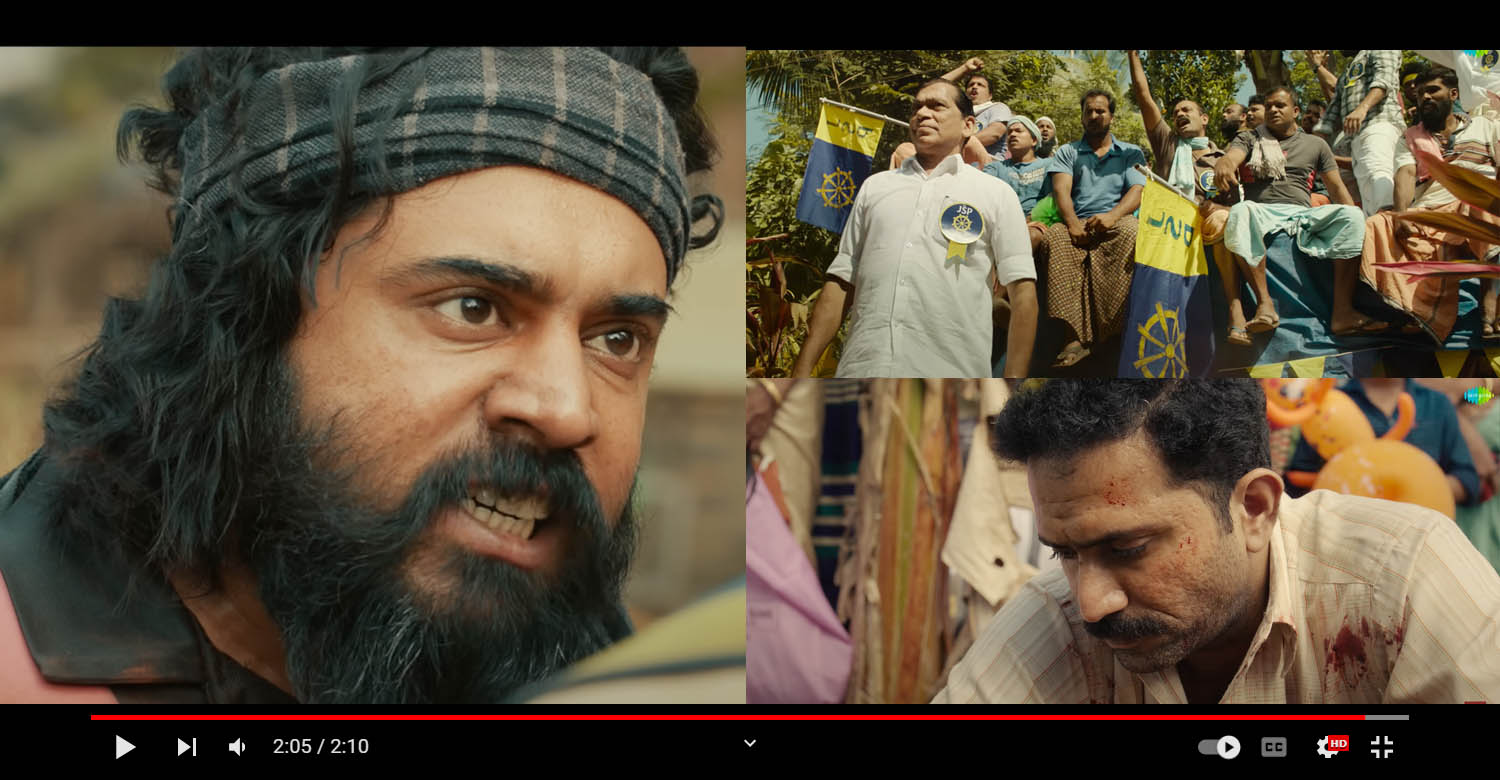 As announced earlier, the teaser of Nivin Pauly-starrer ‘Padavettu’ was released on September 2. Going by the teaser, it looks like a political film which chronicles the protests by local people against unsustainable development. Nivin Pauly appears in two different get ups in the trailer and it looks he plays a strong, performance-oriented role.

‘Padavettu’ stars ‘Aruvi’ fame Aditi Balan, Shine Tom Chacko, Shammy Thilakan and Sudheesh in supporting roles. Manju Warrier essays a cameo role in the film. It marks actor Sunny Wayne’s debut as a producer. The film is a joint production venture with Saregama, a leading music label. Their film division Yoodlee Films is foraying into Malayalam industry with this project.

‘Padavettu’ was recently in the news for wrong reasons when its director Liju Krishna got arrested on the charges of raping a womnan, who helped him innate film’s sets. Another woman had also made an allegation against the film’s executive producer Bibin Paul after made an attempt of sexual assault while she was sleeping in the night.