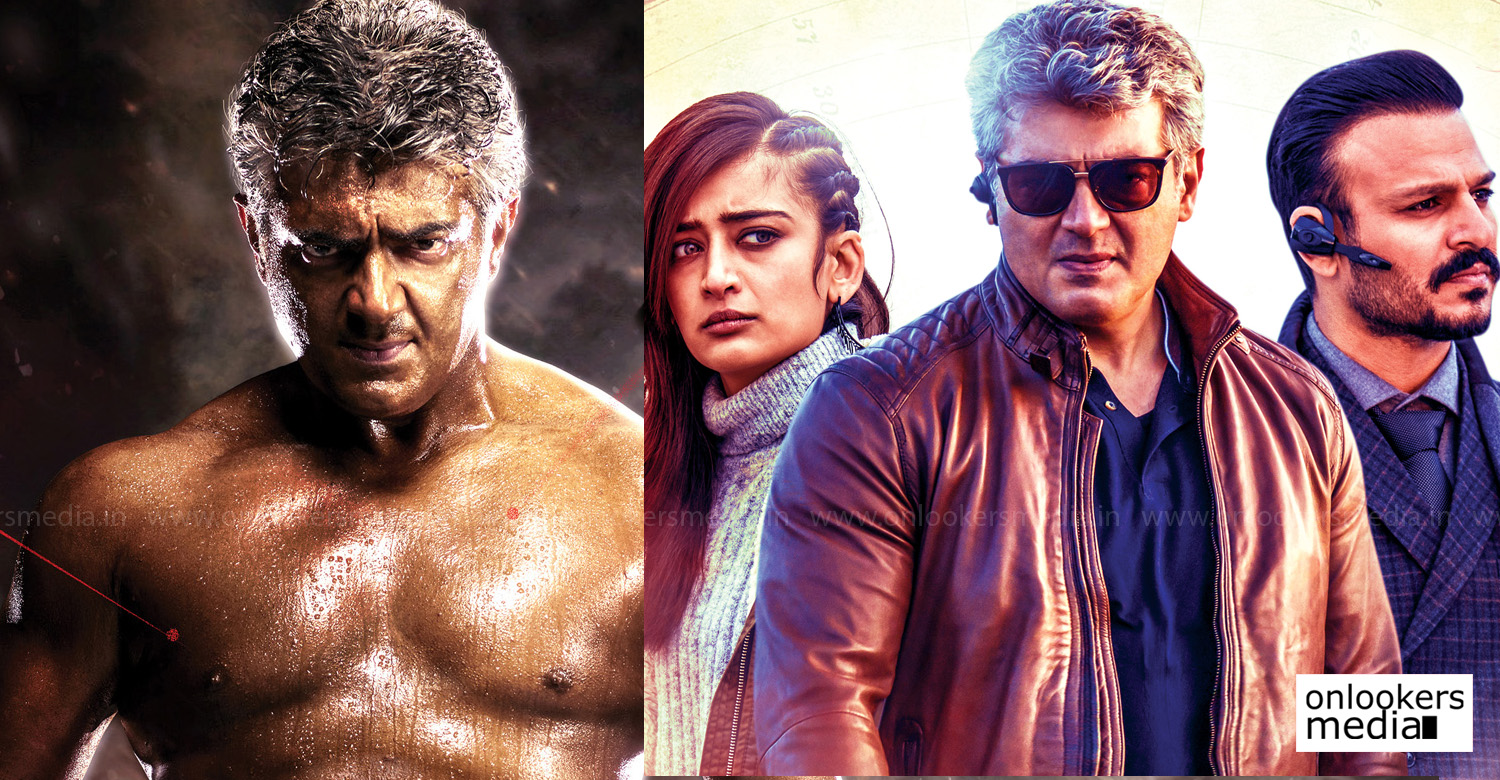 Ajith’s Vivegam continues to do tremendous business even amidst all the mixed reviews. The movie, directed by Siva was released in around 3000 screens worldwide on August 24. Vivegam opened to mixed reviews from the critics but all that has not had any impact on the movie’s box office collections.

According to trade analyst Ramesh Bala, the film has grossed Rs 69 crore in India and Rs 36.50 crore worldwide, thus joining the elite 100 crore club. The film has earned a whooping Rs 48.50 crore in Tamil Nadu box office from its first four days of theatrical run. Earlier, on the opening day, the movie had grossed Rs 33.08 crore and Rs 20 crore on the second day.

Vivegam is an ambitious spy thriller made entirely on the international grounds. This Siva directorial had tremendous pre-release hype majorly due to the highly impressive promos teasers and songs.

Upon its release, many had criticized Siva’s lacklustre direction even while lavishing praise on Ajith’s efforts and hardwork. The movie also stars Vivek Oberoi, Akshara Haasan and Kajal Agarwal in prominent roles. Sathya Jyothi films have invested a whopping budget of over Rs 100 crores for this movie