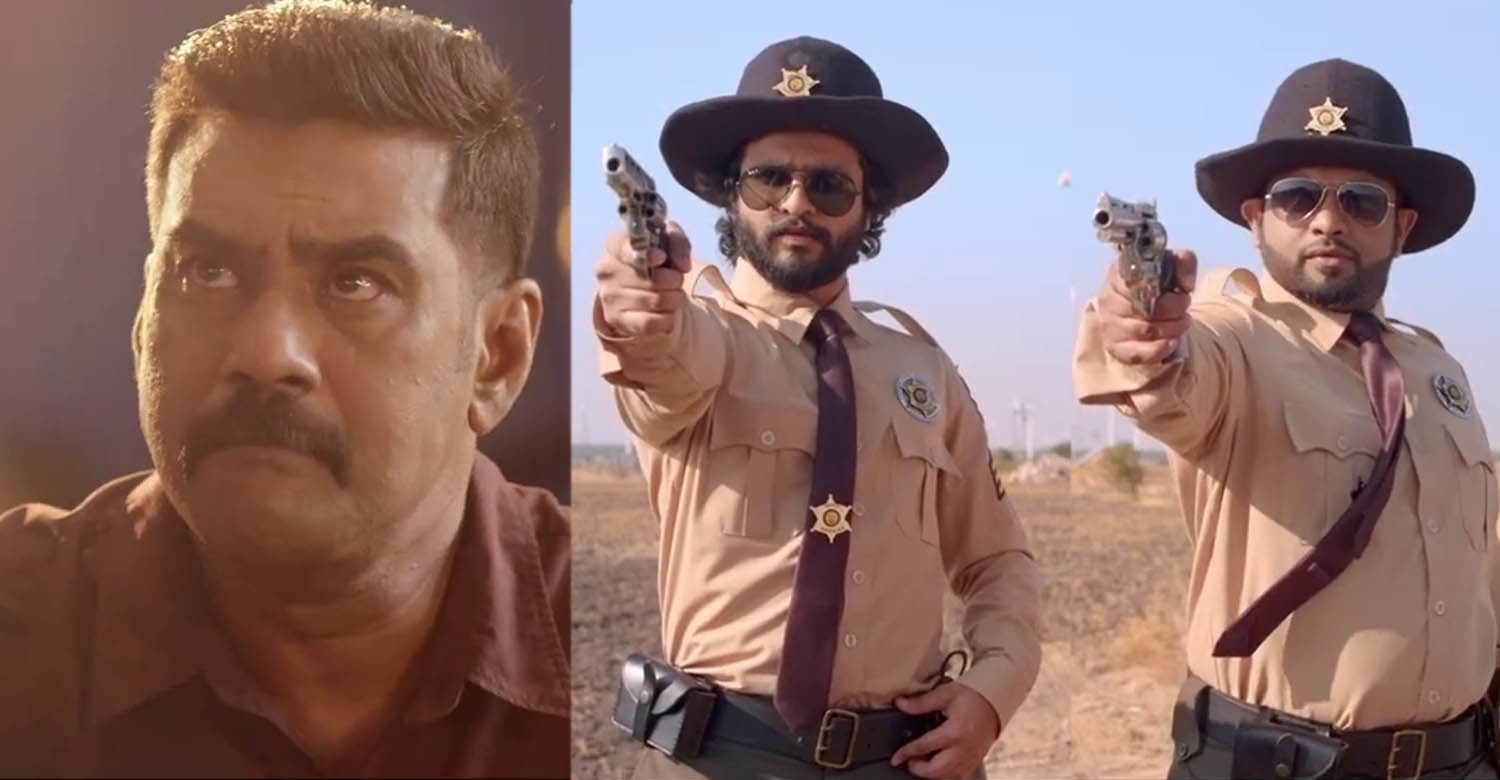 We had earlier reported about Aju Varghese and Neeraj Madhav teaming up for a movie titled as Lava Kusha. Neeraj is debuting as a scenarist with this movie, directed by Gireesh Mano of Nee Ko Njaa Chaa fame.

Official teaser of the movie was released today afternoon through the movie’s official Facebook page.This interesting teaser featured Aju Varghese and Neeraj with a voice over from veteran Janardhanan. Biju Menon is also seen towards the end of the teaser.

Deepti Sati, noted for her perfomance in Lal Jose’s Nee-na is also playing a major role in the movie. Lava Kusha is a spy thriller comedy drama with Neeraj and Aju Varghese in the titular roles. Deepti Sati will be seen in an interesting character that has several shades to it. Her’s is not playing a typical Malayali girl but a bold and independent woman.

Lava Kusha promises to be an out and out comedy entertainer. Gopi Sunder is handling the music department while Pulimurugan editor Johnkutty is in charge of the cuts. Prakash Velayudhan is wielding the camera. The movie is being produced by Jaison Elamgulam.

Lava Kusha was initially scheduled to release for the upcoming Onam season but was recently postponed. An official announcement regarding the new release date is still awaited.